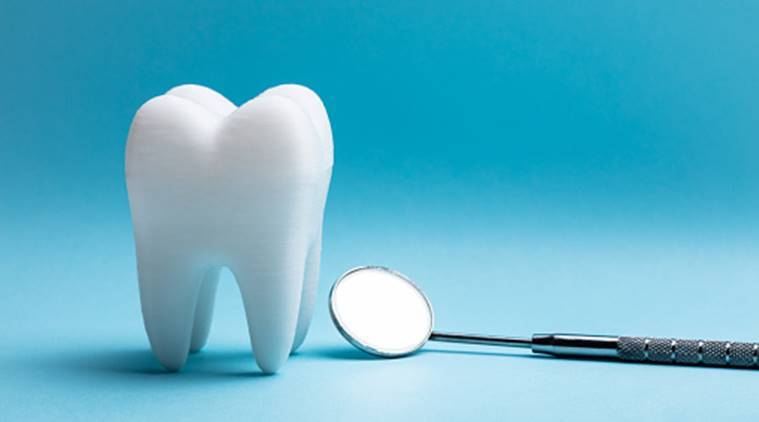 Volunteers of America (VOA), which has been expanding services in southeastern Kentucky with a focus on treatment of substance use disorder, has announced a major new oral health initiative in partnership with a generous donation by Avesis, a Guardian Company.

The outreach and education initiative will promote better oral healthcare for pregnant and parenting women working to overcome substance use disorder in Southeastern Kentucky. VOA’s Freedom House program will be the initial focus of the campaign, which will expand to educate and serve as many women with substance use disorder as possible.

Among other community leaders, this campaign is supported with grants from Avesis and the Kentucky Beverage Association (KBA). The campaign is using a comprehensive approach to improve oral health, including community focus groups, local outreach to build awareness of the importance of oral health and programs, and community events to connect families to treatment providers.

“The Kentucky Beverage Association is excited to support this campaign,” said Sara Massey KBA Executive Director. “Across Kentucky, our members are working hard to make life better for Kentuckians, and we know oral health is a vital part of that. The work VOA does in Southeast KY is so consequential, and by promoting balance and healthy oral habits, we are excited to join them in their work!”

Volunteers of America is celebrating the first anniversary of its Freedom House program in Clay County. A nationally recognized treatment program for pregnant and parenting women working to overcome substance use disorder, it has already served more than 100 women and children with four healthy babies having been born at Freedom House. VOA has targeted improved oral health as a key need for the population served by Freedom House.

Avesis/Guardian has been instrumental in expanding oral health services to Kentuckians in need. In addition to the VOA grant, they have provided substantial funding to: Big Sandy Community and Technical College to kickstart their Community Dental Health Coordinator program; Red Bird Mission Dental Clinic, to acquire a fully equipped, portable dental clinic that can be used at rehab and recovery centers, nursing homes, and senior citizen centers; and Remote Aera Medical Volunteer Corps (RAM) clinics. Avesis will continue to help serve these at-risk populations across Kentucky and the nation.

“The scourge of substance abuse disorder continues to be an ongoing blight on the health and safety of residents of Kentucky and elsewhere,” said Jerry Caudill, DMD, Kentucky State Dental Director of Avesis. According to the National Institute on Drug Abuse, 2018 saw 67,367 drug overdose deaths. In Kentucky alone, there were 989 involving opioids, a rate of 23.4.

”We are proud to partner with VOA in contributing to the battle in helping its victims in their recovery process and help prevent Neonatal Abstinence Syndrome (NAS)/Neonatal Opioid Withdrawal Syndrome (NOWS) in newborns,” Caudill added.

The initial campaign will include a marketing, education and awareness campaign targeted to pregnant and parenting women about the importance of oral health. The campaign will also include an investment in strategies for providing affordable and convenient dental care and connecting the target population to dentists and providers.

“Oral health is a fundamental part of your overall health, and VOA is committed to a long-term campaign that educates and makes more resources available. We know that Avesis is part of the solution. We’re looking forward to making a difference together and hope this is just the beginning of a campaign throughout the Commonwealth of Kentucky,” said Jennifer Hancock, president and CEO of Volunteers of America Mid-States.

In addition to Freedom House, VOA also operates a Recovery Community Center in Manchester that serves as a meeting place and provides supports for individuals in recovery. VOA also recently initiated a new Restorative Justice program in Clay, Leslie, Jackson, Laurel, Know, Whitley and McCreary Counties that emphasizes community collaboration to keep young people out of the criminal justice system.

VOA is working closely with community leaders and elected officials in Southeastern Kentucky on a range of priorities, including the new oral health initiative. Kentucky State Senate President Robert Stivers has worked closely with VOA and Avesis and is also strongly supporting the campaign.

Caudill cites a lack of suitable policies to improve access to dental care, lack of complete knowledge of and interest among dental professionals in treating patients with Substance Abuse Disorder, and low demand for preventive dental care as a hindrance to effective treatments. “Management of drug addiction as a whole-body disease requires an interdisciplinary approach,” said Caudill. “This is why Avesis and Guardian have partnered with Volunteers of America to the rehabilitation and oral recovery and reconstruction of these addicted mothers in southeastern Kentucky.”