The bill provides for $4.8 billion in new funding for the National Institutes of Health; of that, $1.8 billion is reserved for the cancer moonshot launched by Vice President Biden to accelerate research in that field. Another $1.6 billion is earmarked for brain diseases including Alzheimer’s. Also included are $500 million in new funding for the Food and Drug Administration and $1 billion in grants to help states deal with opioid abuse.

On December 7, 2016, the Senate passed the 21st Century Cures Act (HR 34) (Cures Act), which, among many other changes, revises Section 603 of the Bipartisan Budget Act of 2015 (Section 603) to provide an exception for off-campus provider-based departments (PBDs) that were mid-build or under development prior to November 2, 2015. The Cures Act was signed into law by President Obama on December 13. 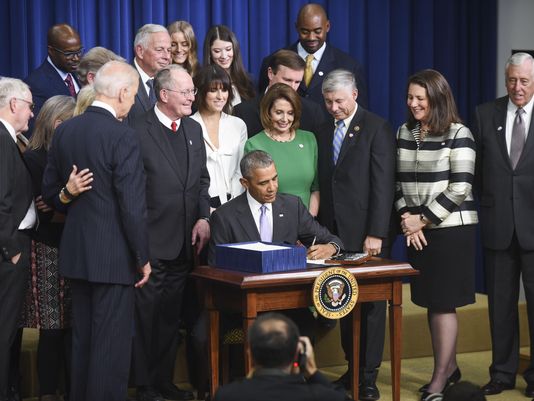 Section 603 effectively reduces Medicare reimbursement for certain off-campus PBDs, as defined in 42 CFR § 413.65 (the Medicare provider-based rule), by eliminating eligibility for payment under OPPS effective January 1, 2017 but grandfathers (excepts) any off-campus departments of a hospital that billed Medicare under the OPPS for services furnished prior to November 2, 2015. Beginning January 1, 2017, services at non-excepted locations will be paid based on a reduced payment amount that is generally equal to 50 percent of the OPPS rate.

Section 603 became problematic for many hospitals with off-campus PBDs under construction as these mid-build facilities would not be grandfathered (i.e., would not be eligible to receive higher reimbursement under the OPPS). In the CY 2017 OPPS Final Rule (Final Rule), CMS’s position was that it could not create an under development exception based on the statute. Section 16001 of the Cures Act, as further described below, extends Section 603’s grandfathered protection to some of these mid-build facilities.

Under Section 16001, an off-campus PBD would be eligible to receive the full OPPS payment rate beginning January 1, 2017 if it furnished services prior to November 2, 2015 and the main hospital submitted a voluntary attestation in accordance with 42 CFR § 413.65(b)(3) prior to December 2, 2015 (2017 Exception). The intent of this provision was to assist those hospitals that had furnished services but not yet billed for those services prior to the date of enactment of Section 603.

However, in the Final Rule, CMS adopted a policy whereby off-campus PBDs would be eligible for grandfather status (i.e., eligible to receive full OPPS payments) as long as services were furnished prior to November 2, 2015 and billed under OPPS in accordance with timely filing limits. Therefore, this portion of Section 16001 will likely have little, if any, impact.

Alternatively, off-campus PBDs may be eligible to receive the full OPPS payment rate beginning January 1, 2018 if all of the following requirements are met (2018 Exception).

Section 16001 also instructs CMS to audit compliance with the 2018 Exception. If CMS finds that a PBD does not meet the applicable requirements, the location will not be treated as grandfathered and will receive the lower payment for non-excepted facilities.