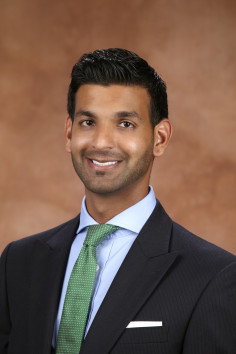 Last month the 6th Circuit Court of Appeals joined the majority of circuits and held that the disclosure of information to the government during an audit or investigation does not constitute a “public disclosure” and subsequently does not create a jurisdictional bar to a qui tam action under the federal False Claims Act (“FCA”). The Court’s decision in United States ex rel. Whipple v. Chattanooga-Hamilton County Hospital Authority allowed the plaintiff to proceed with his case on remand and has the potential to invite more FCA qui tam actions given the narrow interpretation given to the public disclosure bar.

Background to the FCA and the Public Disclosure Bar

However, there are certain restrictions that are placed upon whistleblowers that limit their ability to bring a private action. One such restriction is the “public disclosure” bar that prevents a whistleblower from brining a qui tam action when allegations of fraud in the action are based on allegations that have been already been publicly disclosed. Examples of such disclosures might include those made through a government hearing, a congressional audit or investigation, or by the news media.

The Facts in Whipple

In 2006 over the course of his six-month employment at Erlanger Medical Center, the relator, Whipple, alleged to have discovered that the hospital knowingly submitted false claims for reimbursement to various federally funded health care programs, including Medicare, in violation of the FCA. After disclosing the allegations as part of a qui tam action to the government in 2010, the government declined to intervene as a party and Whipple chose to proceed with the action on his own. However, unknown to Whipple was that the government, acting on a previous anonymous tip in 2006, conducted an investigation into allegations that the hospital had improperly billed Medicare for various inpatient admissions. A contractor with the Office of Inspector General (“OIG”) investigated the reimbursements, which then led to the hospital retaining Deloitte Financial Advisory Services to perform an internal audit. After the investigation and audit, the hospital voluntarily refunded the government over $475,000. Since the FCA requires that a whistleblower’s claim not be based on prior disclosures related to the underlying allegations of the claim, the court had to decide whether disclosures and discussions pursuant to an investigation and audit constitute a public disclosure.

Ozair Shariff is an Associate with Stites and Harbison, he is a member of the Health Care Service Group.  Ozair’s practice is devoted to a wide range of issues affecting health care providers.