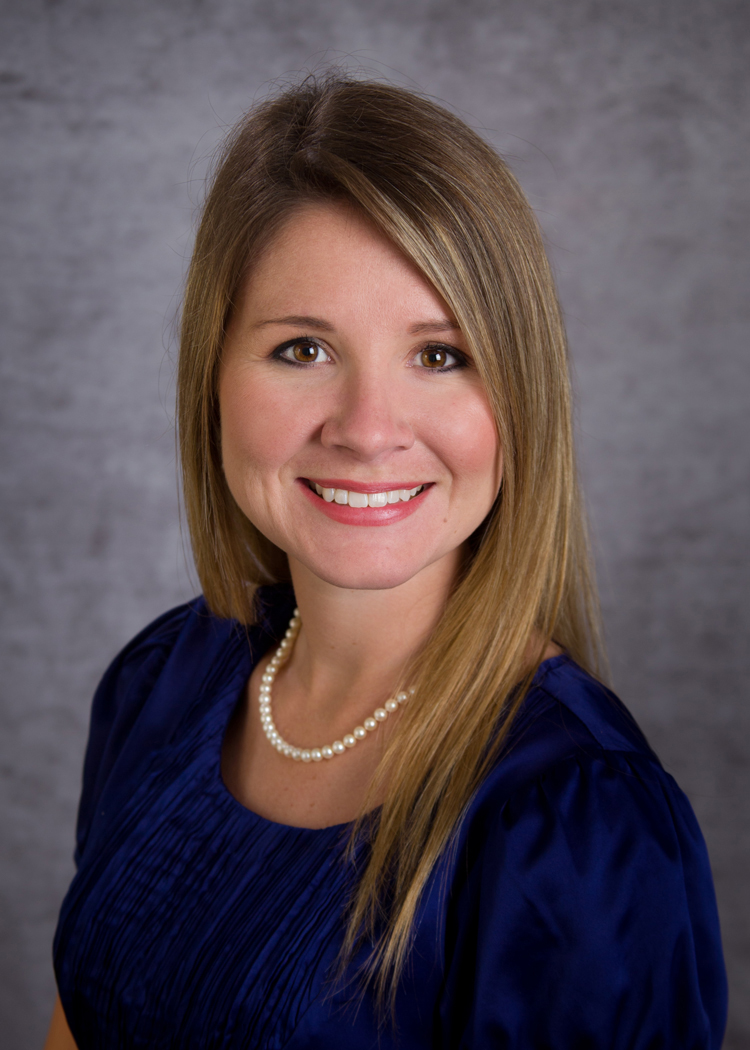 Ashley Flanary Jessup, 24, intends to return to practice in hometown Benton, Ky.
Ashley Flanary Jessup always wanted to be a doctor when she grew up. She just never imagined that along the way she would blaze a new trail for medical education in Kentucky. Growing up in the small rural town of Benton, Ky., Jessup didn’t fit the typical demographic for a medical school candidate. But she held on to her dream and now, at age 24, that determination has paid off.
When Jessup received her medical degree in June, the University of Louisville celebrated not only her success, but a historic first when Jessup became the first person to graduate the School of Medicine’s Rural Medical Accelerated Track program, or RMAT. This new program enables students to finish medical school in three years, reducing cost and time commitments for rural students who plan to open practices in small towns in Kentucky.
Rural doctors are desperately needed in the United States. Nationwide, 20 percent of the U.S. population is living in small towns or far away from big cities, but only 9 percent of physicians practice in those rural areas. Family doctors are distributed more evenly, with 22 percent practicing outside large cities, but the need is still greater. Proponents of the RMAT hope that more successes like Jessup’s will pave the way for more doctors to go where they are needed.
William Crump, M.D., associate dean of the University of Louisville School of Medicine, says that outcome is likely, considering Kentucky’s numbers. He stressed that “most of the counties in Kentucky that are underserved are only underserved by an average of 1.5 full-time equivalent positions. This means that placing one more physician permanently in a county may move it from being an underserved to an adequately served county.”
The idea for an accelerated medical track gained national attention in 2006 with an essay by the editor of Academic Medicine, an internationally renowned medical journal. The essay made the case that financial barriers may keep many students coming from families with more modest incomes—the ones most likely to choose a rural medical path—from considering medical school. At the same time, a strategic planning process by Kentucky Academy of Family Physicians supported a proposal for a three-year track to rural practice. The University of Louisville began the planning process in 2009.
Crump says the RMAT program will definitely help Kentucky’s shortage of doctors and healthcare providers in rural areas. In his opinion, “The best way to get a doctor to a rural area is to get a medical student from a rural area.” The program channels students from small towns that truly want to study family medicine, and then keeps them in that channel.
Students in RMAT have the same required curriculum as traditional four-year medical students, but the lens in which they filter the material is focused on a rural practice, and undertaken in a condensed amount of time.  It begins with a four-week experience in a rural community practice, and students must complete their capstone, a family medicine clerkship at the end of their final year.
Jessup says the program was fast-paced, but manageable. “At first glance, it sounds overwhelming, but if you take things one step at a time, it isn’t.” In fact, Jessup was able to find the time to get married during her time in the RMAT program. She says the biggest advantage of the program was the financial aspect. “One less year of school means one less year of tuition, and I was finished one year sooner,” she said.
Denying the label of a trailblazer, Jessup gives the credit to others. “I would consider all of the faculty and staff who envisioned the program as the trailblazers,” she said. “They laid the plans for me and made it all possible.”  She simply says she worked hard and did what every other medical student does—just in a smaller amount of time. She views herself as just another kid who dreamed of becoming a doctor, and hopes that more will follow in her footsteps at UofL.
Crump says students who have chosen to take the accelerated path have done very well with the course load despite initial fears to the contrary. “Even though the program is stressful and does not leave much wiggle room, students who are focused and efficient will succeed,” he says.
Two second-year medical students are currently taking part in the RMAT program and Crump says several first-year students have expressed an interest in the program.
In Crump’s view, the RMAT program has had an amazing start. “I tend to think of it as my ‘baby’,” he says. “When we started in 2006, we had a vision, and we have seen that vision come true. We have overcome the doubters and the skeptics.”
Jessup says she is proof of the RMAT program’s success. With her successful graduation from UofL’s program, Jessup hopes to return to her hometown of Benton to begin her practice after her residency in Madisonville. She says she is very excited to have the chance to make a difference in her community, and is optimistic about the program’s future. “We wanted to make the RMAT successful, and we all worked together to make it happen.”
Sharing
Authors