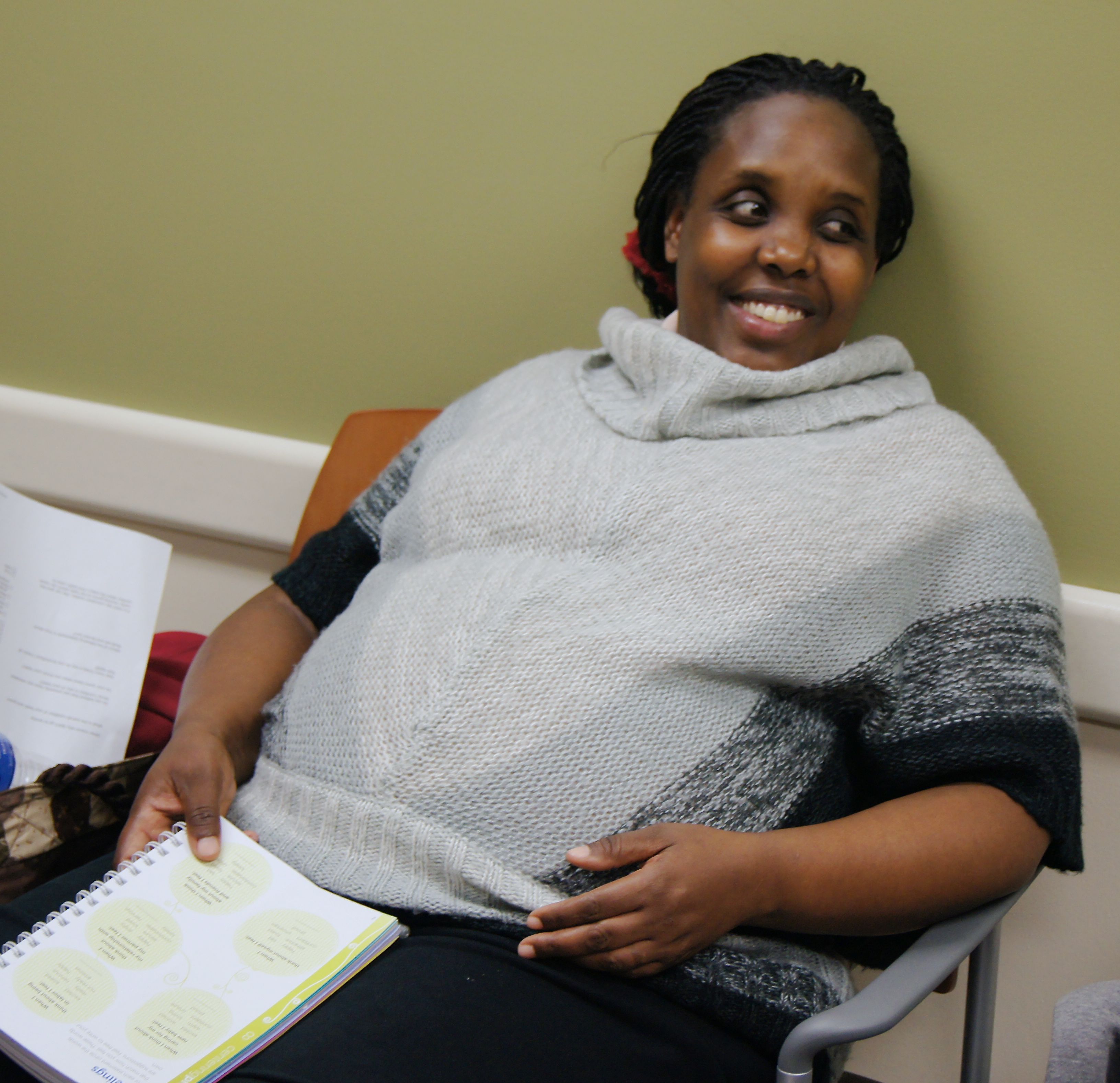 Race and ethnicity are important variables in how information is received, perceived and acted upon.

What is the best way to get—and keep—diabetic patients actively engaged in the lifelong self-management of their condition? The individual or institution that comes up with a definitive answer to that question will surely be remembered in the history books in the same manner as Jonas Salk.

After all, diabetes is a pervasive condition of epidemic proportions in much of the world. According to the latest statistics from the National Institutes of Health, 25.8 million Americans have diabetes, which is roughly 8.3 percent of the nation’s population. Additionally, it is estimated another 79 million American adults have prediabetes, putting them at high risk for developing the condition without active intervention to stop the progression toward disease.

Keenly aware of the toll diabetes takes on the body, healthcare providers routinely talk to patients about the threat of comorbid conditions ranging from heart disease, stroke and kidney disease to blindness and amputation. Yet, there continues to be a disconnect from what a patient seemingly hears and understands in the office and what actually transpires on a daily basis.

“We talk about diabetes all day long with patients, but they have to go about their business of living with the disease,” noted Elizabeth S. Halprin, MD, associate director of adult diabetes at Joslin Diabetes Center, an affiliate of Harvard Medical School.

A recent study conducted by Joslin researchers looked at obstacles present among patients with poorly controlled diabetes. Halprin, a board certified endocrinologist and instructor at Harvard Medical School, said the reasons for poor management vary hugely and are specific to individuals and their own personal circumstances. Are there financial issues that make office visits cost prohibitive? What about transportation or geographic barriers that make it difficult to get to an appointment? Perhaps an individual is working multiple jobs or caring for everyone else in the family with little time left over to address their own needs.

Halprin said the study also revealed some interesting perceptions about the healthcare system and providers. “They find the whole healthcare system impersonal,” she said of the study participants. “They think we’re not listening and that we suggest things that aren’t practical.”

To a physician, telling a patient to “increase physical activity” seems like a highly appropriate, straightforward step toward better diabetes management. To a patient who struggles financially, a gym membership is out of the question and strolling through an unsafe neighborhood could be more dangerous to their health than the disease, itself.

To address that, Joslin is investigating the addition of care coordinators to work with high-risk patients. The coordinator becomes the point person who initiates a follow-up call after an appointment to see if the patient understood recommendations and to make sure prescriptions are being filled. The coordinator might also reach out to remind the patient when it is time for their diabetic eye or foot exam. This is the individual who is more likely to know about medication assistance programs, area outlets for safe activity, and other resources to overcome obstacles.

Although the concept isn’t novel in healthcare, it has been difficult to fund under the current payment system. Changes in reimbursement models, such as the patient-centered medical home, make it more feasible to add a care coordinator to the team approach that Halprin used at Joslin. In addition to the physician, the team includes a nurse practitioner, nutritionist, exercise physiologist, registered nurse, psychiatrist and diabetes educator. Through a joint project with Beth Israel Deaconess Medical Center, Joslin has launched the Diabetes Practice Liaison Program to share collaborative strategies with primary care providers and their office staff in the region. Other healthcare facilities across the country may benefit from this program’s model

Race and ethnicity are also important variables in how information is received, perceived and acted upon. Joslin has initiatives for Asian, African-American and Latino patients that take into account social and cultural traditions. Considering the risk of diagnosed diabetes in comparison to non-Hispanic whites is 18 percent higher among Asian Americans, 66 percent higher among Latinos, and 77 percent higher among non-Hispanic blacks, reaching these specific populations in a meaningful way is critical.

Halprin, a member of Joslin’s Latino Diabetes Initiative, noted there is a support group that meets regularly at the diabetes center to knit and chat. A staff psychologist joins the group to guide conversation and answer questions.

“They bring food so that’s an opportunity to discuss what is a good choice or a not-so-good choice,” Halprin said. “Nutrition is a huge part of diabetes care, but it’s also a huge part of the Latino culture,” she noted, adding nutritionists on staff try to make suggestions that are culturally appealing or that revamp traditional meals to lighten the carbohydrate load.

Additionally, education classes are conducted in Spanish and materials have been translated. Providers with the Latino program also are piloting group medical visits with four-eight participants. All of these efforts combine to make the healthcare clinic less intimidating and more welcoming of natural conversation and questions about living with diabetes.

“Diabetes can be a very isolating condition,” Halprin said. “It’s good for people to be in a group and know other people are struggling with similar issues.”

By working collaboratively, utilizing diverse technologies and education offerings, and leveraging the theories embedded in new reimbursement models, the hope is patients and providers will work together to overcome the obstacles to effective diabetes self-management.

The American Diabetes Association (ADA) has a program specifically for African-Americans, Project POWER, that provides local churches with resources for creating awareness about diabetes among members and families. It engages the church in a variety of year-round activities that provide lessons, which improve the health of those church members living with diabetes, their families and the greater community as well. Project POWER offers six educational workshops, each facilitated by a Project POWER ambassador who is trained by ADA staff and provided with a complete implementation guide.

The Rev. Calvin Holloway serves as senior pastor at Second Baptist Church in Fairfield, Ky. and counseling and family services manager at the Cabbage Patch Settlement House. Holloway started Project POWER at the church and the nonprofit. Medical News caught up with him to learn more about program.

What made you want to start Project POWER at the Cabbage Patch Settlement House and Second Baptist?
I have several family members who have been diagnosed with diabetes. My mother died a few years ago from complications related to diabetes. There are several members in my church who are diabetics. The majority of our members know someone who has been affected diabetes.

Was the training difficult or time consuming?
The training was not hard at all. It was very easy to follow and understand. You can lead the group yourself or the ADA will assist you in finding someone to lead the group for you. They also provide you with all the material you need. The ADA is leading a POWER Over Diabetes workshop for our parenting group next month at the Cabbage Patch.

What has been the response to the program?
It’s been very positive and successful. We have a parenting group at the Cabbage Patch that meets once a month. We average between 25-35 parents. We have used the material for the POWER Over Diabetes at both Cabbage Patch and Second Baptist. We have used this information at our Patch Parent meetings and at the church on Wednesday nights and Sunday mornings.

What results have you seen?
Our church has participated in the Walk for Diabetes through ADA. We also sponsor a “Diabetes Sunday” at our church each year. We’ve held several workshops to educate our church about diabetes. Several participants from both the church and from the Patch Parent group have been tested and found out that they are diabetics or pre-diabetics. At both places, we want to become more educated and get the word out as it relates to diabetes and the effect of diabetes.

Has anyone shared a success story with you?
A 56-year-old African-American male church member got tested for diabetes after he attended our workshop. He found out that he was a type 2 diabetic. He is now taking medication, exercising, watching what he eats and living a healthier life style. It made me feel good to know that a life has been helped and changed through this program.