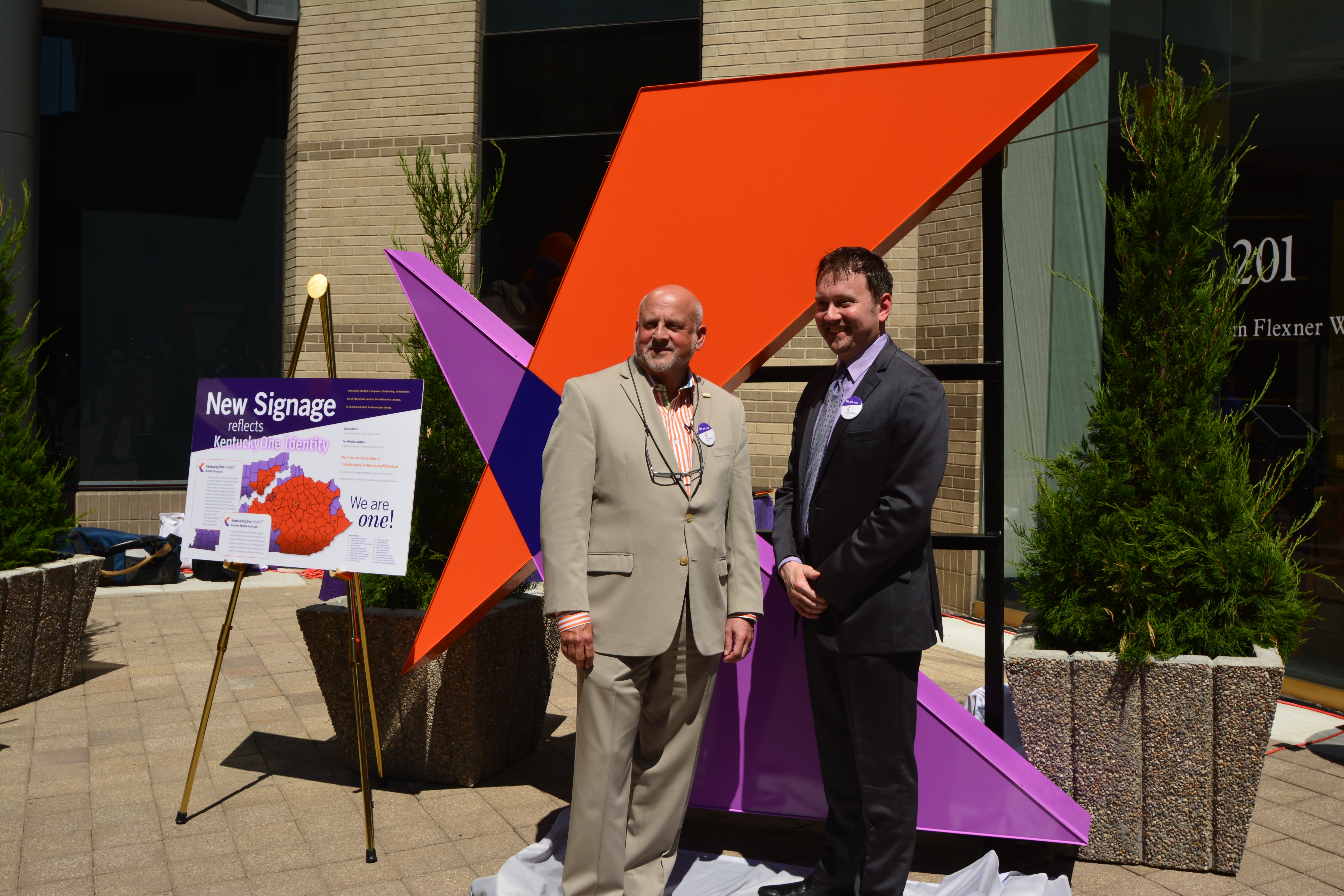 In many ways, a brand is an organization’s promise to the people it serves. It is with this information in mind that KentuckyOne Health worked to develop a brand strategy to move the organization forward, while capitalizing on the legacy of the past.

KentuckyOne Health was formed when Jewish Hospital & St. Mary’s HealthCare and Saint Joseph Health System came together in early 2012. In late 2012, the organization formed a partnership with the University of Louisville Hospital and the James Graham Brown Cancer Center, adding even more names and brands to the mix.

“The merger and partnership resulted in a large number of names and brands,” said Jeff Murphy, vice president of marketing and communications for KentuckyOne Health. “We were creating a new company and it was important for the name to reflect and embody the integrated culture and strategy for moving forward.”

Merged, or Multiple Brands
With more than 200 locations including hospitals, physician groups, clinics, primary care centers, specialty institutes and home health agencies across the state of Kentucky and southern Indiana, shifting the existing facilities to one brand was a unique and complex challenge.

“We knew that changes would be emotional for some because of the history behind the existing brands,” said Murphy. “While we remained committed to the names of the hospitals, we knew we needed to elevate the new brand for statewide implementation.”

About 18 months after KentuckyOne Health was introduced, Murphy said it became clear that the organization was ready for the next step—a fully developed brand strategy.

Working the Plan
Through the brand st rateg y development process, many parties were consulted, including physicians, leaders, employees, consumers and the board of directors. Quantitative and qualitative, phone, online and in-person research methods were utilized in a multidisciplinary and multi-phase approach to gather as much input as possible from stakeholders. Objective research and analysis of what consumers were saying and what would make sense for the brand as multiple organizations come together informed the process.

Modified Masterbrand
After extensive research, a modified or hybrid masterbrand strategy was selected. This approach focuses on KentuckyOne Health as an overarching brand with a key number of sub-brands.

Schultz said a key driver in the masterbrand strategy was the need for consistency to help consumers understand the statewide reach of the system. “We recognized the value of moving to a masterbrand strategy, but worked diligently to find the right balance and preserve the equity in the existing names,” said Schultz.

Communication is Key
Once the strategy was determined, the next step was to share it with key stakeholders. Presentations on the strategy, and the background behind why it was chosen, were given in multiple forums to achieve buy-in from a wide range of stakeholders. Leaders spread the message throughout the organization.

Before the brand strategy was formally announced, a series of articles was published through internal communications channels about what a brand is and how it reflects the culture of an organization. The new brand strategy became visible at facilities where new exterior signage has been installed.

“A merger is difficult for everyone and there is quite often a feeling of unknown and uncertainty as we integrate,” said Murphy. “The new exterior signage is a visual symbol that we are coming together and moving forward as one entity.”

Words of Advice
A branding agency assisted its efforts, a piece of advice Murphy offers to others undertaking branding efforts. “Branding is a very subjective and emotional process. You need a partner from the outside that doesn’t have emotional ties to help you understand the best strategy for moving forward,” said Murphy. Being pat ient is a l so helpful. Determining the right strategy can take time both to develop and to achieve approval.