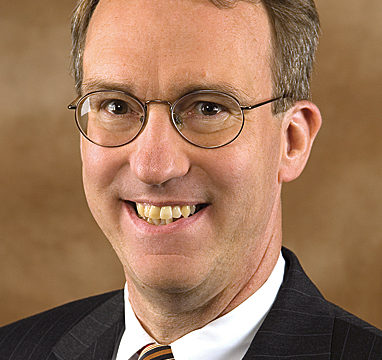 Through the Nathaniel R. Harper Award, the KBA’s Young Lawyers Division seeks to recognize those individuals or organizations that have demonstrated a commitment to changing the face of the Bar in Kentucky by promoting full and equal participation in the legal profession through the encouragement and inclusion of women, minorities, persons with disabilities, members of the lesbian, gay, bisexual and transgendered community and/or other underrepresented groups.

“We are very proud of Doug and his efforts to improve diversity within the legal profession,” stated Robert M. Connolly, Chair of Stites & Harbison. “As the President of the Kentucky Bar Association, he has done so much across the state this year to encourage inclusion.”

Farnsley is a Member (Partner) of Stites & Harbison based in the Louisville, Ky., office.  He focuses on civil trial work, including the defense of product liability claims and professional and hospital liability claims. He has over 30 years of trial experience, including more than 50 matters successfully tried to verdict. He is the President of the KBA, where he previously served as President-Elect, Vice President and for six years as a member of its Board of Governors.

Highly respected among his peers, Farnsley has earned many legal accolades. Most recently, he earned the 2016 Public Advocacy Award for his outstanding work to advance diversity in the legal profession.