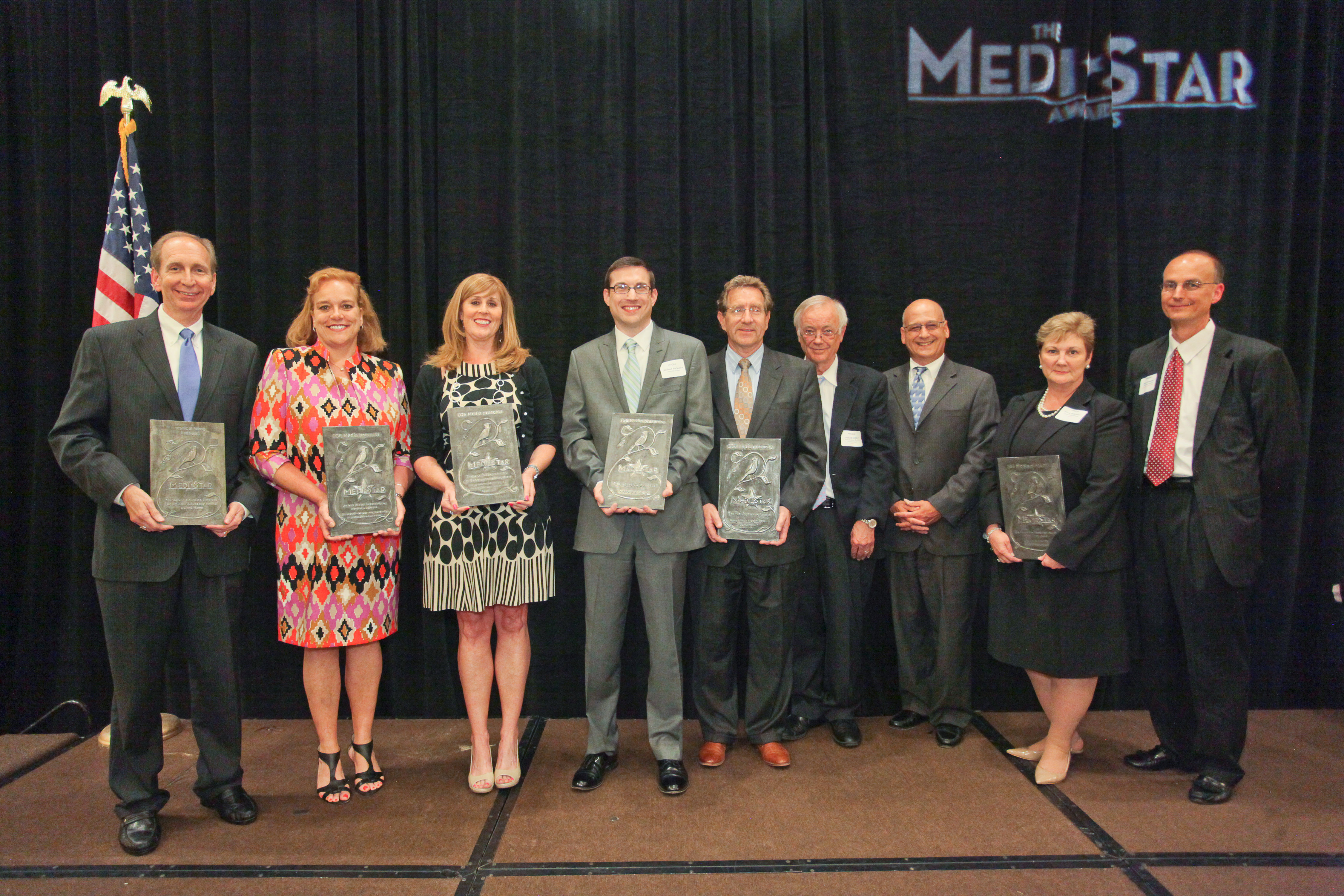 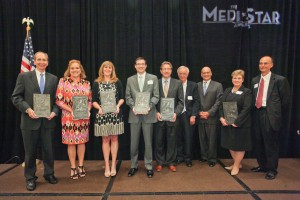 The eighth annual MediStar Awards introduced many new changes this year, to the delight of attendees. The exclusive event held on May 13, 2014 at the Hyatt Regency Louisville, kicked off with a Volunteers of the Year reception provided by new partner, Community Health Charities. After which, attendees, and the more than 30 honorees joined MediStar guests for a pre-MediStar Awards’ ceremony cocktail reception.

Guests noshed on chicken tenders, make-your-own sliders, spring rolls, ahi tuna and vegetable skewers while networking with friends old and new. The sold out crowd made their way into the grand ballroom decorated in Medi- Star signature colors of black and red. Janet Craig with Stites & Harbison welcomed everyone with a congratulatory toast. For the third year, Bill Francis,
of the Fox 41 news team hosted the awards ceremony.

Inaugural Awards
In the past, eight MediStar Awards were presented. But on this eighth year, that number bumped up to ten awards. Bill Mabry with Middleton Reutlinger proudly introduced the inaugural Middleton Reutlinger Nurse of the Year Award. “I know how much to appreciate nurses because I’m married to one,” Mabry told the crowd, before announcing that Tracy Williams, DNP, senior vice president and system chief nursing officer with Norton Healthcare won.

Another new award, the BOK Financial Aging Care Award, was given to Nazareth Home. Upon accepting the award on Nazareth Home’s behalf, Michael Bruckman said that the award, “represented not who we are but who we want to be.”

This year’s MediStar also paid tribute for the first time to the Champions in Health Volunteers of the Year (who were given their awards at an event earlier) and the Passport Health Plan Champion in Health Award. Jill Joseph Bell with Passport Health Plan gave Steve Johnson, executive director of governmental, community and legislative affairs, Owensboro Health and campaign chair of the 2013 Owensboro Health “Gives” campaign the award. Under Johnson’s direction the employees’ giving and organization’s match combined raised a grand total of $300,543. Johnson’s acceptance speech called attention to the “surgeons to housekeepers that gave those dollars and what that means.”

Each winner received a pewter repoussé MediStar award, which was created exclusively for the event by Louisville-based sculptor, Craig Kaviar of Kaviar Forge & Gallery. Since 2007, IGE Media, publisher of Medical News and Medical News for You, have recognized excellence in the business of healthcare at this premier event.

To view the complete list of awards and winners, as well as see additional photos, visit medistarawards.com.