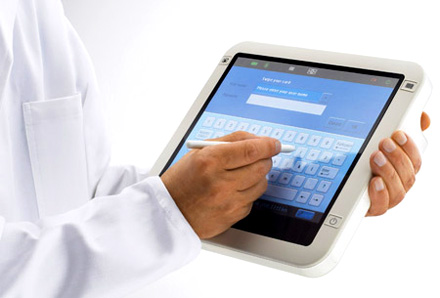 True innovation concerning information technology (IT) in the practice of medicine lies in the manner it improves the care and quality of life of patients, emphasizes Robert M. Wah, MD, president of the American Medical Association (AMA).

“Physicians must harness technology, not let technology harness us,” noted Wah, pointing to the fog of looming health IT, cloud computer and cybersecurity issues facing the medical community. “With that prime directive in mind, we can now be open to new ideas, new techniques and new perspectives.”

As part of his presidential agenda, Wah is making the rounds discussing how electronic health records (EHRs) are “about our patients, not technology,” and focusing on not going high-tech for tech’s sake, yet also leveraging “an application of science that promotes well-being and advances tradition.”

How will EHRs improve efficiency and cut costs?

Efficiency and cost-cutting are important, but the primary focus is improving the care of patients using technology. Physicians are always looking for ways to take better care of patients, whether it’s a new technique, a new instrument in the OR, a new discovery from the life sciences industry, or in this case, a new technology that brings us better information to make better decisions to care for our patients. That’s where EHRs can help us in that regard.

Along with taking better care of our patients will come efficiency and cost-cutting. For example, through the use of EHRs, we’ve been able to cut down on prescribing problems by preventing a drug-drug reaction, or a drug-allergy reaction, or a duplication of medication.

What are your thoughts on technology taking focus away from patients, as providers pay attention to inputting data into the EHR system during patient visits?

We forget how much paper got in the way. There were probably times when a patient went into an office and thought, ‘gee, they’re writing the whole time, looking down at their pad.’ Now we’re more focused on when they’re looking at their iPad rather than a pad of paper. I’m not sure it’s much different. For some reason, patients seem to focus more on attention diverted to a machine. Pen and paper has always been there, too, and it wasn’t very efficient.

What are your thoughts on the perception that older physicians are reluctant to adopt EHRs?

There’s been a sentiment that doctors have been reluctant to embrace technology. I don’t think that’s true. Physicians will always embrace technology that helps them take better care of their patients. For example, physicians were among the first adopters of pagers, way back when pagers were pretty complicated, when you had to turn a little radio to use a pager before it got really easy to use.

In fact, physicians, in their quest to embrace technology to help them better care for patients, have put up with some pretty complicated technology when it first came out. Take cell phones, for example. When they first came out, physicians probably embraced them earlier and faster than most of the rest of society. In the 1990s, my chairman at Harvard, a senior physician, foresaw the benefit of computers when they were quite complicated. He taught himself to use a portable computer and lugged it around like a sewing machine, not like our little laptops. We used to call it a ‘luggable.’ It probably weighed 20 pounds! He knew there was great promise in using computers in medicine. I don’t think there’s necessarily hesitancy on behalf of physicians to use technology, only when it gets in their way.

Last fall, the AMA surveyed practices about the most frustrating issues in medicine, and EHRs were high on the list. At the time, the AMA planned to approach EHR vendors to discuss problems hindering physicians from caring for their patients. Could you give us an update on your findings and AMA’s strategy going forward?

We’ve formed a group of physicians around the country, convened under the AMA umbrella, and asked them specific questions for EHR vendors. They’ve been working very diligently on it since the survey last fall, and they’re very close to completing a work product that would be along the lines of ideal attributes and issues that need to be addressed. We’re not trying to tell (vendors) what product to create. We’re going to tell them the attributes doctors want to see in ideal EHRs. We think it will help them in their design process. We’ll be going to the vendor community with what comes out of that work group and work with the vendor industry to find ways to accelerate their ability to deliver on those features and functions that we think are necessary for the better use of that technology by our physicians.