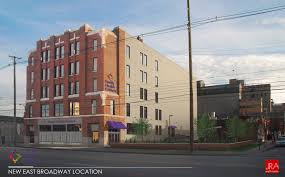 In Kentucky, there are 21 community health center organizations serving more than 315,000 of our most vulnerable Kentuckians.  If Congress is unable to fix the Community Health Center Funding Cliff, Kentucky CHC’s will lose approximately $27 million in federal support, putting more than 40,000 individuals at risk of losing access to primary care services.  “With so many Kentuckians gaining health insurance through kynect, now is the time to invest in our primary care infrastructure, not take away resources.” stated Bill Wagner, Executive Director for Family Health Centers, a CHC in Louisville.

Since January, there has been movement on this issue in Congress.  In March, Community Health Centers from across the nation went to Washington D.C. to talk to Congressional leaders about the impending Funding Cliff and the impact it would have on communities and patients.  This concerted effort helped get a two year Community Health Center funding extension attached to the Medicare Sustainable Growth Rate (SGR)  bill (H.R. 2), which overwhelming passed the House of Representatives the very next week.  However, the Senate failed to take up this legislation before they recessed for a break.  H.R. 2 repeals the sustainable growth rate Medicare physician payment formula, extends CHIP and CHC funding at current levels for 2 years.  “This legislation is the best vehicle for getting community health center funding passed during this Congress,” says Mr. Wagner. “We need our partners in the health care community to contact their Senators when they return on April 13th and urge them vote ‘Yes’ to H.R. 2.”