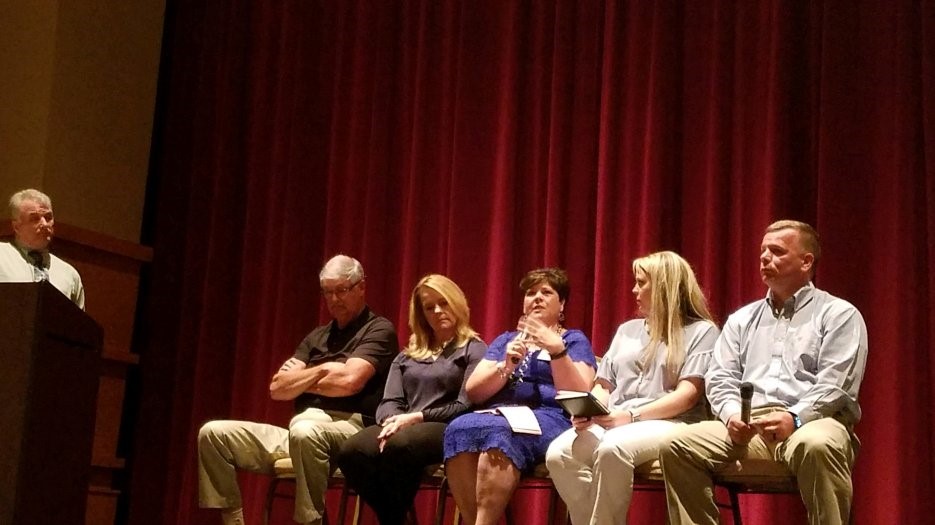 The Foundation for a Healthy Kentucky announced a grant of up to $200,000 through 2020 to begin a rural program in Russell County and nine surrounding counties to help children and youth dealing with violence, addiction and other trauma known as ACEs – Adverse Childhood Experiences.

The Foundation awarded the grant to the Louisville-based Bounce Coalition, which will work with Russell County Schools and the Lake Cumberland District Health Department to implement the ACEs program.

“This is such an exciting opportunity for Russell County Schools’ staff and students,” said Michael Ford, superintendent of Russell County Schools, where the rural pilot school program will be implemented. “We know that when our students’ emotional needs are met; they are better able to participate in the learning that is taking place in their classrooms. Additionally, the parent and guardian trainings will only help to reinforce Bounce’s mission of building children’s resiliency.”

The grant was announced at a kick-off event last month where school staff, parents, healthcare providers and local officials screened “Resilience: The Biology of Stress & the Science of Hope,” a one-hour documentary about ACEs. Bounce Coalition leader Joe Bargione, PhD, then led a group discussion with local school, medical and health department officials.

“The Bounce program helps build children’s resilience to toxic stressors, which can lead to chronic illnesses as they grow into adulthood and keep them from thriving throughout their lives,” said Ben Chandler, president and CEO of the Foundation. “Our initial work with Bounce in an urban setting showed highly promising results, and now we’re going to pilot the program in a rural setting. Our goal is to create a blueprint for addressing ACEs in school settings across the commonwealth.”

The Bounce Coalition, launched in 2014 with another grant from the Foundation for a program in Jefferson County Public Schools, both improves adult responses to students dealing with ACEs and reduces risk-taking behaviors among youth.

“For Kentucky children, Adverse Childhood Experiences are a major obstacle to positive health and socioeconomic outcomes,” said Kentucky Department of Public Health (DPH) Commissioner Dr. Jeff Howard. DPH helped support the work of the Bounce Coalition in Louisville, including assisting with two community gatherings to discuss ACEs and practical strategies for building resilience across the community, state and region.

Howard explained, “Nearly 27 percent of Kentucky children have experienced two or more ACEs by the time they are 17 years old. The national average is less than 22 percent. This means our children are starting their lives at a disadvantage compared to kids in other states, which is why this program focusing on ACEs and childhood trauma is vital. In order to have a better and brighter future, it is imperative that we address ACEs.”

“The good news is that trauma doesn’t have to define these children’s lives,” said Bargione. “There is a growing body of knowledge that helps individuals and organizations recognize and respond to trauma, building protective factors and shifting the perspective from ‘What is wrong with this child?’ to ‘What happened to this child?'”

Research shows that children with resilience skill sets are three times more likely to be engaged in school than their peers who have no skills or whose skills are underdeveloped.

“The presence of a caring adult is the number one protective factor for youth,” Bargione added.

“The health department is excited to work with the BOUNCE coalition, Russell County School System and community agencies to provided education and information on Adverse Childhood Experiences. ACEs have impacted the health and wellbeing of so many individuals,” said Tracy Aaron, health education director with the Lake Cumberland District Health Department. “Building a resilient community with evidence-based programs will have such a positive impact on everyone in Russell County.”

The Bounce program at Russell County Schools will include professional development for teachers, staff and bus drivers, in-class observation and role-modeling, classroom discussions, peer support groups for students and education for parents, caregivers and the entire community. In the second year of the program, Bounce will work with LCDHD to deploy “train-the-trainer” programs to create a system of self-sufficiency for the community. The program will begin in August.