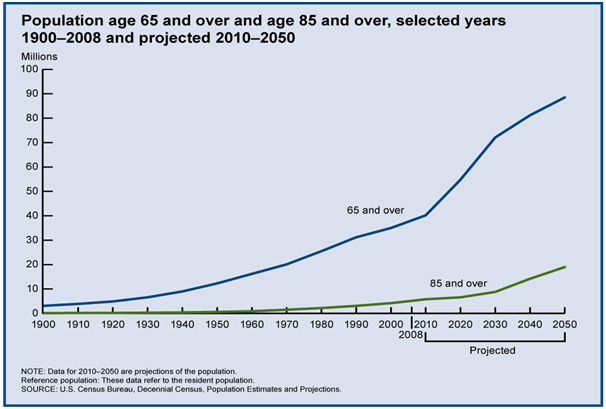 The world is in the throes of a demographic revolution according to the World Health Association (WHO). As the population of seniors 65 years of age increases, a likely outcome is a correlation in the rise of an emerging health and social crisis – elder abuse and neglect. This is an important concern because, as the Administration on Aging reports, an estimated 2.1 million older Americans are victims of elder abuse, neglect or exploitation annually.

Elder Abuse Defined
While there is a lack of uniformity, consistency and standardization of what constitutes elder abuse worldwide, a general description of elder abuse, adopted by The National Center for Elder Abuse and Neglect (NCEA)  is “… the intentional or neglectful acts by caregivers or trusted individuals that lead to harm against a vulnerable elder.”  The WHO broadens this definition as “…a violation of human rights and a significant cause of illness, loss of productivity, isolation , and despair.” The NCEA categorizes the seven types of abuse: (Brian-I can’t get my computer to use dashes-can you change these circles into dashes)

Risk Factors
Perpetrators are typically adult-family members with issues such as gambling problems; standing to inherit the elder’s estate and want may be rightfully theirs prematurely; or having negative family relationships with either the elder or siblings.  Poor family dynamics is typically at the root-cause of elder abuse and neglect. While caregiver stress may be a contributing factor, this is typically not the main reason for most elder abuse.  As seniors age, the risk for abuse increases—those over 80 and or with dementia are at increased risk. In addition, gender, social isolation, living under the same roof with family, and poor physical health increase vulnerability.

One of the relevant financial linkages and correlation with the rise in chemical addiction in our state and region is the enforcement of KASPER (Kentucky All Schedule Prescription Electronic Reporting). This is contributing to an exacerbation of what has become a social tsunami.

The Kentucky All Schedule Prescription Electronic Reporting System (KASPER) tracks controlled substance prescriptions dispensed within the state. A KASPER report shows all scheduled prescriptions for an individual over a specified time period, the prescriber and the dispenser.

KASPER is a reporting system designed to be a source of information for practitioners and pharmacists and an investigative tool for law enforcement and regulatory agencies.

Those addicted are seeking alternatives to opiates that are more difficult to obtain than heroin, as an example. Financial elder abuse and material exploitation escalate as desperate addicted relatives (and/or those known to elderly victims) steal and even extort money from older relatives to satisfy this habit. This robs elders, for example, of retirement savings and/or family heirlooms. As well, this wreaks havoc with already pressured and human-capital taxed social service agencies that scramble to pick up the pieces from the family brokenness that contributes to the incidence and prevalence of elder abuse.

Healthcare professionals and workers can avail themselves of the following action steps to become more engaged and aware of this alarming health and societal trend.  Become aware of the signs and symptoms of elder abuse and neglect (see ncea.aoa.gov). Report suspicions of elder abuse –it is both a moral responsibility and, in Kentucky as in most states, a legal duty. If there is imminent danger to a senior, one should contact law enforcement or call 911, immediately. Otherwise, all mistreatment to elders should be reported to Adult Protective Services.  In Kentucky the contact information to report elder abuse is:  1 (800) 752-6200.

Below is a sampling of findings that show what is known about the incidence and prevalence of elder abuse and neglect: