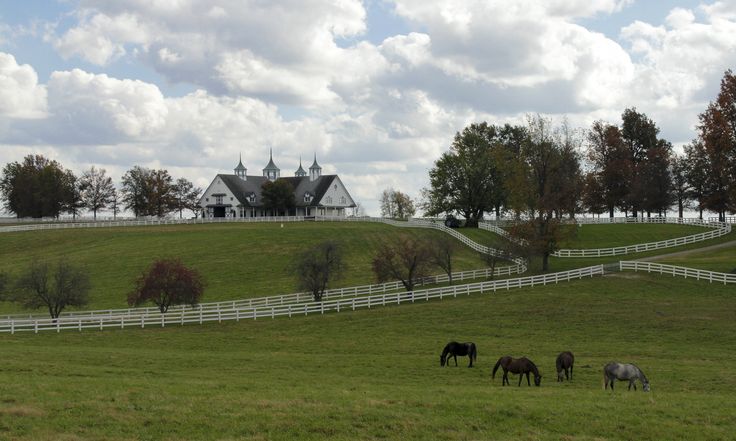 Governor Matt Bevin announced sweeping changes to the state’s $10 billion-a-year Medicaid program, saying he will seek permission from the federal government to reshape the federal-state health program that covers about 1.3 million Kentuckians.

The proposal called Kentucky HEALTH – for Helping to Engage and Achieve Long Term Health – would encourage Kentuckians to get healthier and transition to the commercial health insurance model to become independent of the government program, Bevin said.

Bevin’s proposal would allow Medicaid to begin charging a small monthly premium for coverage that is now largely free. It also would allow the state to cut off Medicaid coverage for those who don’t pay, a “lockout” provision similar to Indiana’s Medicaid plan, which Bevin has cited as a possible model.

It limits coverage to that offered by the plan for state employees and does not include dental and vision coverage now included in Medicaid.

The U.S. Department for Health and Human Services must approve the changes, and a spokesman for the agency said Wednesday the review will begin once Kentucky submits its waiver application. But the spokesman said officials will proceed carefully when it comes to approving changes to what has been widely viewed as a highly successful program.

“It creates a lot of barriers,” said Sheila Schuster, a longtime Kentucky health advocate and member of the group Kentucky Voices for Health. Her group, she said, “has always been very clear that we don’t want barriers to care.”

Under the plan, Medicaid consumers would be able to obtain dental and vision coverage by accumulating points in a My Rewards account for activities such as volunteer work or taking a financial literacy class.

In announcing the proposed changes, Bevin, a Republican elected in November, fulfills a campaign pledge to scale back the Medicaid expansion and other initiatives of his predecessor, Democrat Steve Beshear, under the federal Affordable Care Act.

Mental health advocates praised provisions of Bevin’s plan to tackle addiction through a pilot project in a state with high rates of drug overdose deaths and to enhance Medicaid coverage for psychiatric hospitalization.

“That’s an opportunity,” said Steve Shannon, who represents the state’s 14 regional mental health agencies. “We all acknowledge that addiction is the number one problem for the Commonwealth.”

But the proposal also appears to reduce the overall number of Kentuckians on Medicaid – a change that could clash with a federal directive that requires such waiver plans to provide consistent or improved coverage. The 70-page waiver document shows a decline in Medicaid enrollment of nearly 86,000 people by 2021, a decline the administration attributes to moving more people to the commercial insurance market.

Bevin said he wants to create a plan that makes people healthier by getting better outcomes in a state with some of the nation’s highest rates of obesity, cancer, diabetes and cardiovascular disease.

Bevin’s plan includes premiums of $1 to $15 per month to those between 34 percent and 138 percent of the federal poverty level. Those who get locked out for nonpayment would be allowed to regain coverage by meeting certain conditions.

Bevin’s proposal would not include any copays for services, as currently allowed by Medicaid.

It also requires working people whose employers offer health coverage to take it after a year on Medicaid.

Bevin said he wants to ensure that people covered by Medicaid become more engaged in their own healthcare and become better consumers.

And he said he wants to make the program sustainable. The federal government currently pays 70 percent of the costs of those in “traditional” Medicaid and 100 percent for the more than 440,000 people who enrolled starting in 2014 when the program expanded to include anyone at 138 percent of the federal poverty.

If his Medicaid proposal is approved, Bevin said it will result in $2.2 billion in taxpayer savings over five years. The proposal estimates the reduction in “member months” covered by Medicaid under the new rules, suggesting it would cover 17,800 fewer people in 2017, rising to nearly 86,000 fewer people in five years.

Bevin’s proposal was designed largely by Mark Birdwhistell, a University of Kentucky health official and former health secretary for Kentucky.

Bevin said he is confident the federal government will approve the plan and hopes to have it in place by fall – a view many advocates believe is unrealistic given the months or years it has taken other states to have such proposals approved.

To achieve maximum transparency and accessibility, a complete draft of the Kentucky HEALTH waiver proposal will be available for public review online at http://chfs.ky.gov/kentuckyhealth or for in-person inspection at the Cabinet for Health and Family Services, Office of the Secretary, 275 E. Main St., Frankfort, KY 40621.

Written comments regarding the Kentucky HEALTH waiver proposal may be mailed to Commissioner Stephen Miller, Department for Medicaid Services, 275 E. Main Street, Frankfort, KY 40621, or sent via electronic mail to kyhealth@ky.gov. All comments must be received by Friday, July 22, 2016 at 5 p.m. (EST).

In addition, the Commonwealth will conduct three separate formal public hearings in late June and early July. Following the close of the 30-day public comment period, the Commonwealth will review and summarize all public comments received on the Kentucky HEALTH proposal, and make any necessary revisions prior to submission of the final waiver proposal to the federal Centers for Medicare and Medicaid Services (CMS) for approval.

What they are saying

U.S. Senate Majority Leader Mitch McConnell: “In my travels across Kentucky, I routinely hear from constituents about how disastrous Obamacare has been for them and their families. Obamacare’s record has been one of broken promises and higher costs. I applaud Governor Bevin for recognizing the unaffordable mess left behind by his predecessor and responding with innovative, common-sense steps to engage patients, improve health and reduce the burden on Kentucky taxpayers.”

Congressman Brett Guthrie: “Governor Bevin’s Medicaid waiver application is a thoughtful approach to a complex problem. Through a series of reforms, most of which have been tried with success in other states, the Commonwealth can get skyrocketing Medicaid costs under control and ensure the most vulnerable are taken care of. As the Chairman of the House Energy and Commerce Committee’s Medicaid Task Force, I have spent the last year focusing on ways to strengthen and improve the Medicaid program. I believe the Governor’s approach is a transformational plan to modernize Kentucky’s Medicaid program and keep our commitment to the most vulnerable.”