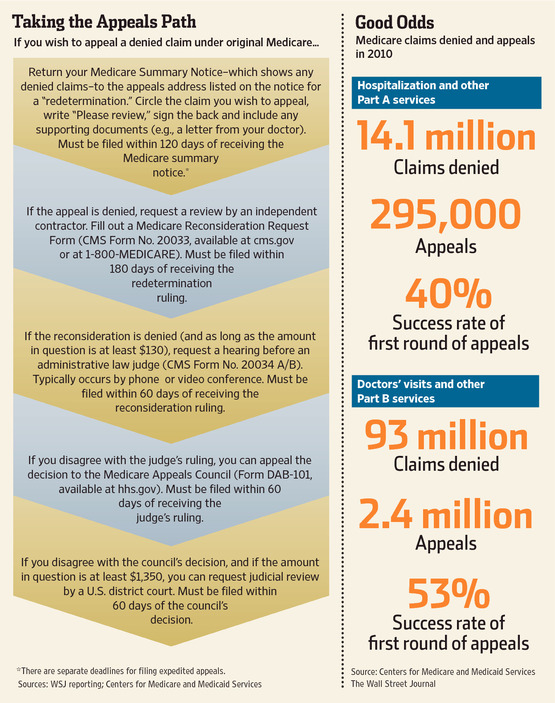 Two years or longer. That is how long it will likely take for a Medicare appeal to be assigned to an Administrative Law Judge (ALJ). In December 2013, the announcement was made that, as of July 15, 2013, the Office of Medicare Hearings and Appeals (OMHA) had “temporarily suspended the assignment of most new requests” for ALJ hearings. Citing a 184 percent increase in Medicare claims and entitlement appeals from 2010 to 2013 and resulting backlog of over 460,000 claims, OMHA stated that it does not expect general ALJ assignments to resume for a period of at least 24 months. For appeals filed after April 1, 2013, OMHA’s website states possible assignment delays of up to 28 months.

To understand the dismissal timeline, one has to first understand the complex Medicare claim appeals process. The process was changed significantly in 2000 with the Medicare, Medicaid and SCHIP Benefits Improvement and Protection Act (BIPA). The law established five levels of review:

Subsequently, responsibility for ALJ hearings was transferred from the Social Security Administration to the U.S. Department of Health and Human Services (HHS). Then, in 2005, HHS established OMHA to handle all Level 3 appeals.

The temporary delays are said to be necessitated by a dramatic increase of decisions being appealed to OMHA – and the numbers do not lie. In January 2012, OMHA received an average of 1,250 appeals per week; in November 2013, it received over 15,000 appeals per week – more than ten times the amount than the previous year. That increase is directly related to the expansion of post-pay claims reviews by the Medicare MACs, ZPICs, and particularly the RACs.

While the delays may be understandable, they are nonetheless in violation of the Social Security Act, which expressly requires that an ALJ “conduct and conclude a hearing on a decision of a qualified independent contractor…and render a decision on such hearing by not later than the end of the 90-day period beginning on the date a request for hearing has been timely filed.”

Rock and a Hard Place

If the ALJ fails to adjudicate a claim in the required 90-day deadline, a party may escalate its appeal to the next level, the Council, for review. Providers may think that this is the best option, given the delay, but this decision can result in a detrimental outcome. It is at the ALJ level that a provider or supplier can present expert testimony regarding the medical condition of a beneficiary, and explain medical records and related documentation supporting payment of a claim.

Many providers who have been through the process believe that ALJ level of appeal is the most objective (short of the Federal District Court review) because OMHA in independent of CMS, while MACs and QICs (who compromise the first two levels) are not. For example, in FY 2010, ALJs reversed prior-level decisions by QICs and decided fully in favor of appellants in 56 percent of appeals. In contrast, QICs decided fully in favor of appellants only in 20 percent of appeals.

Providers nationwide are suffering because of adjudicators’ failure to adhere to the statutory guidelines for appeals processing. The delay is clearly a violation of the Social Security Act and a violation of appellants’ due process rights – a very egregious matter on its own, but the delay also carries with it a tangible consequence that can be felt in providers’ pocketbooks.

When that wait time is not a matter of 90 days, but rather two plus years, it is obvious that the interruption can seriously affect a provider’s finances. This is especially troubling considering the variance in appeal results at the QIC and ALJ level. Many times, an alleged overpayment is not upheld at the ALJ stage of appeal, but the appellant provider has already endured the consequences by the time that decision is made.

Light at End of Tunnel

On February 12, 2014, OMHA held an Appellant Forum in which it detailed several initiatives that may help with the backlog, including: the addition of a field office; alternate adjudication models; and, an appellant portal that would allow appellants to track their appeal status. It was recommended at the Appellant Forum that, in some cases, appellants should waive their right to a hearing, which may help push decisions along more quickly. In addition, provider reviews by Recovery Auditors were suspended temporarily earlier this year. These initiatives may be a step in the right direction, but they are far from providing the real relief that providers need now.

Recognizing the scope of the problem, and the few solutions offered by OMHA, the American Hospital Association took matters into its own hands on May 22, 2014, when it filed suit against Kathleen Sebelius in her official capacity as Secretary of Health and Human Services. Three plaintiff hospitals joined the suit and are requesting: (1) a declaratory judgment that the delay in Medicare appeals adjudication violates federal law and, (2) an order that enforces the statutory timelines. Litigation may offer the quickest and most complete remedy to this volatile situation. Until then, however, some providers must continue the difficult task of providing quality care with the deprivation of crucial funds and little recourse.

Providers must work with legal counsel during the Medicare appeals process to ensure the best outcome…even when the options look dim. The long road of the appeals process is best walked with someone who has navigated the path before; while every case is different, the bumpy road remains the same.