The James Graham Brown Cancer Center at the University of Louisville has announced the names of this year’s Survivor Ambassadors for The Julep:

· Reginald Caldwell, 41, is a head and neck cancer survivor who successfully completed treatment in 2009.

Both were picked by staff and volunteers at the JGBCC for their inspiring spirit and courage. As Survivor Ambassadors, Rizzo and Caldwell will walk with the celebrities on the red carpet at The Julep on May 4. Their individual stories represent hope for the thousands of survivors treated each year at the James Graham Brown Cancer Center.

The Survivor Ambassadors will also be participating in numerous Derby-related events, including Hats for Hope on Thursday, April 5; Cancer Survivors’ Day at the Pegasus Parade on Thursday, May 3; and the Oaks Day Survivors’ Walk at Churchill Downs, Friday, May 4. The season will be capped off with the couple being featured guests on the red carpet at The Julep on Derby Eve at the Galt House.

The idea for the Survivor Ambassador came to fruition last year for the Julep Ball (now called The Julep), when two volunteers with a design background had a vision to recognize cancer patients and treat them to a day of beauty and a custom-designed gown as a special guest of the event.

Caldwell and Rizzo are both enthusiastic about this opportunity to take the spotlight to honor patients and the JGBCC. 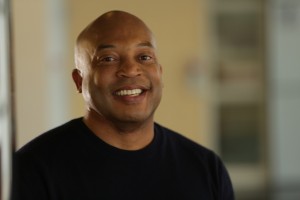 “I am happy to do whatever I can to spread the word to cancer survivors and to the community about the cancer center and about how important it is to take care of your health,” Caldwell said.

“Being a representative of the James Graham Brown Cancer Center makes me very proud. It is an honor,” Rizzo said. “They are saving my life, and there is nothing I wouldn’t do to help them in any way I can. I hope the community realizes the impact that the cancer center and its employees there make on every patient’s life. They have touched my heart forever.”

About The Julep
The James Graham Brown Cancer Center’s Derby Eve event has raised more than $2 million for the cancer center since its inception. The 2012 Julep is hosted by Honorary Chairs Coach Charlie and Vicki Strong, and Edward C. and Mary F. Glasscock.

“Mary F. and I are pleased to serve as the Honorary Chairs of the James Graham Brown Cancer Center’s Julep event, “said Edward C. Glasscock. “It is imperative that our community work together to support the University and the brilliant researchers at the center in their mission to create new and more effective approaches to the prevention, diagnosis and treatment of cancer.”

For tickets and other information about The Julep, visit our web site at www.thejulep.org.

Jessica Rizzo
Jessica Rizzo is a 35 year- old single mother who lives in Louisville in the Buechel area of Louisville. She has a son, Mason, who is 3 years old. Jessica was diagnosed with stage 3 invasive ductal breast cancer. Her particular cancer is a highly aggressive hormone-driven cancer. Jessica’s workplace, Woodhaven Country Club, has held two fund raisers to help Jessica and Mason with her medical bills during her treatment.

Jessica said she knows she has a long way to go but “I’m getting amazing results and am very hopeful. My experience at JBCC has been wonderful. Everyone I’ve met there has been sweet, caring and understanding, and I’ve made quite a few friends there. If cancer could be enjoyable, they have made that the case.”

Reginald Caldwell
In the late summer of 2008, Reginald Caldwell went to his dentist for a persistent toothache. Unfortunately, his pain wasn’t the sign of a toothache but a cancer called chrondoblastic osteosarcoma that affected his lower right jaw. After confirmation of his cancer diagnosis, Reginald underwent a surgical procedure that took bone from his lower left fibula (leg) and grafted it to his jaw bone and attached it with a titanium plate. After a grueling surgery that left him unable to eat or walk for a time, Reginald has made a full recovery.

While undergoing cancer surgery and recovery, Reginald completed his Ph.D. and returned to his home town of Louisville to teach and work with at-risk youths at the Jefferson County Youth Detention Center.

Reginald, a single father of one 4-year old son, Chandler, said he feels like he is now ready to share his long journey and has a message for both cancer patients and the community.

“For those diagnosed with cancer, I want to say that you have to allow yourself to go through the stages of grief. The more you allow cancer to control you, the power to beat it will decrease. It will deplete your ability to draw strength from others who are praying and pulling for you to win the battle. So let yourself feel it and allow yourself to be human.

“For the community, especially men and men of color, I would say begin re-educating yourself about cancer and understand it can be beaten, but only if you are taking preventive steps and getting screened and taking care of your health. Each day people are walking around undiagnosed, so I need this to be my message of hope. It can be beaten. I am living proof.”