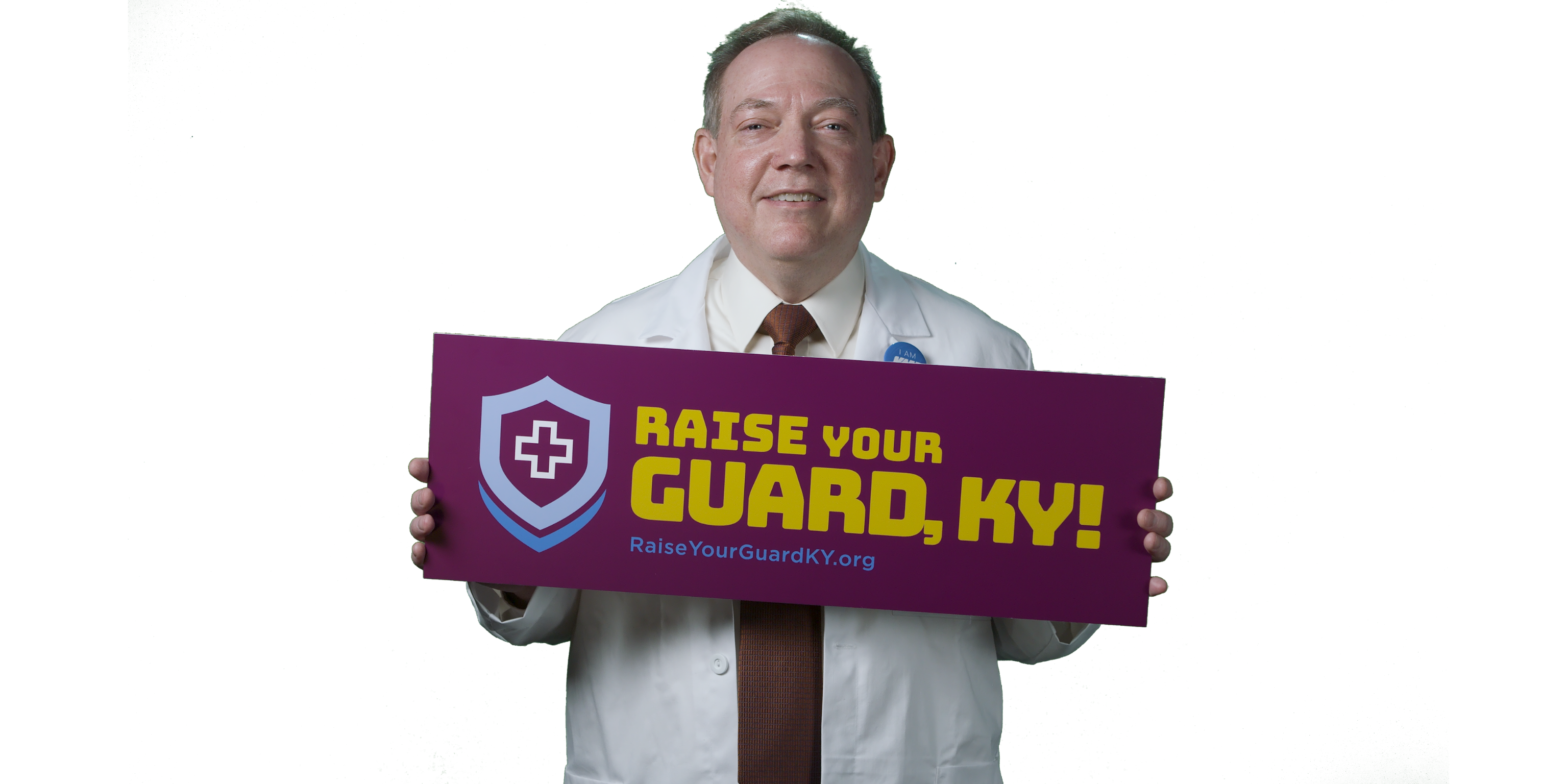 The recently installed president of the Kentucky Medical Association (KMA) feels he has “big shoes to fill.”

Dale Toney, MD, an internist at the University of Kentucky Albert B. Chandler Hospital, feels that way for many reasons. Earlier this spring, the Lexington Medical Society (LMS) nominated him for the position of KMA president following the untimely passing of then-President-Elect Bob Couch, MD, who died in November 2019 after a brief illness. The KMA president typically serves for a year as president-elect, giving themselves time to prepare and focus on what initiatives and themes they’d like to concentrate on.

“This was supposed to be Bob’s year,” said Toney, referring to the Louisville emergency room physician. “He would have made an excellent KMA president. I was looking forward to seeing all the great things he would have done.”

Instead, Toney, who was finishing up his term as KMA vice president, found himself not only leading the physician membership organization much earlier than he’d expected, but also navigating a global pandemic that had turned the world, and particularly the world of healthcare, on its axis.

His presidency began with an inauguration over Zoom during the Association’s first-ever virtual annual meeting, which was held throughout the month of August via online sessions. While the virtual annual meeting was an overwhelming success, Toney recognized that this was but one mark of what would likely be a different presidential year.

“We were thrilled to be able to offer our annual meeting in an online platform, and even more thrilled with the participation we witnessed. We had more than 800 physicians from across the state join us. But it also signified to me that we have a physician population that needs the KMA now more than ever, and we need to be there for them in new ways.”

Toney hit the ground running. The theme for his year as president will be “Be Well. Stay Well,” which is an initiative in conjunction with the KMA’s charitable arm, the Kentucky Foundation for Medical Care (KFMC), designed to encourage Kentuckians to take simple steps to protect their health, particularly amid the threat of the COVID-19 pandemic. “Be Well. Stay Well” also offers a physician-focused facet that will promote the health and well-being of the state’s doctors, particularly related to stress, anxiety and burnout.

“There’s more pressure and stress on healthcare workers than ever before. And we need our state’s physicians to be both physically and mentally healthy so we can continue caring for our patients and fighting this pandemic,” said Toney.

“Be Well. Stay Well” began with a partnership campaign between the KMA, KFMC, the Foundation for a Healthy Kentucky and Anthem Blue Cross and Blue Shield in Kentucky called “Raise Your Guard, KY.” The campaign promotes visiting a physician for a well-visit and getting vaccinations up to date to ensure good health. “Raise Your Guard, KY” launched in late August with a video announcement featuring Toney and leaders from the partner organizations, as well as Lt. Gov. Jacqueline Coleman, and was shown by Gov. Andy Beshear during a press conference.

Since that launch, Toney has been busy with media interviews and Zoom meetings with other leaders to determine the best ways the Association can support physicians and improve public health at the same time. He said they have plans to offer programming on physician burnout, as well as additional opportunities for virtual CME so that participants can remain in their home communities while still being able to attain the continuing education they need. As usual, advocacy will remain a central focus, although the format of the 2021 General Assembly remains unknown, while additional public health projects are on the drawing board.

“We have a lot of responsibility, as leaders in organized medicine, to find the best ways to serve our membership. But of course, they are the ones who are truly out there serving Kentucky patients. They’re the ones with the big shoes to fill. But we’ve walked beside them for 169 years and we will continue to do so.”

-Emily Schott is with the Kentucky Medical Association.