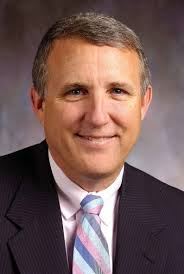 Sometimes all you need is a helping hand to lift you up and help you get back on your feet. For more than 50 years, and for millions of Kentuckians, one helping hand has been Medicaid.

Kentucky’s Medicaid program, with which Passport Health Plan has been a proud partner for nearly 20 years, has been a lifeline for people who otherwise lack health care coverage. We all know what this can be like. People lose their jobs. Parents of children with disabilities struggle to care for them. Mothers make sure their kids stay healthy and thrive with vaccinations and wellness visits. Seniors and their families face the need for, and cost of, long-term services and support.

Nearly two-thirds of Americans have either benefited directly from Medicaid or have a family member or friend who has. And, the numbers of those helped by Medicaid has only increased in recent years as Kentucky joined many other states in expanding its Medicaid program.

That is why this July 30th we celebrate 50 years since President Lyndon B. Johnson signed Medicaid into law. A lot has changed since 1965. Back then, there were 190 million people in the U.S.; today, there are 320 million. In 1965, there was no such thing as personalized medicine and smoking had only recently been declared a hazard.

Much has also changed in the way health care is delivered. Today, there are treatments we never imagined, and we now have the ability to change lives by providing complex care at home. Many states, including Kentucky, have also wisely turned to managed care organizations (MCOs) to help administer their programs and save precious taxpayer dollars.

At Passport, we have dedicated ourselves to being a partner with many high quality caregivers. As a provider-based community health plan, we know the importance of a strong network offering our members the very best access to care. Passport was started in 1997 by the University of Louisville Physicians and safety net providers like University Hospital, Norton Healthcare, Jewish Hospital, Family Health Centers, Park Duvalle Health Center and the Louisville Metro Department of Health & Wellness, as a regional Medicaid managed care provider serving Louisville and the surrounding area. Fast forward to 2015 and we are now serving the entire Commonwealth.

Turning 50 is a great time to celebrate but it is also an opportunity to take stock and assess. What has Medicaid come to mean and how has it benefitted the families it serves?

Medicaid provides health care to more than one-quarter of all Kentuckians. It pays for the delivery of half of all babies born in the U.S. It fills the gaps in health coverage that frequently occur in people’s lives and helps them transition through events that would otherwise leave them uninsured.

Critics like to paint Medicaid as a pathway to lifelong dependence on government-run health care, but the reality is very different. The average adult with Medicaid spends only a portion of any given year enrolled in the program. Most adults with Medicaid are employed and pay taxes, but they work in low-wage jobs for small firms or in service industries that typically don’t offer health insurance. Medicaid also serves the disabled, seniors, and their families, as two-thirds of Medicaid’s budget goes to support these most vulnerable citizens.

Medicaid does more than just pay the bills. It has been a remarkable source of innovation. Faced with a system that frequently institutionalized people with disabilities, state Medicaid directors implemented a model of home and community-based care that makes independent living possible.

Finally, Medicaid also is an economic driver and a model of efficiency. Coverage for an adult costs an average of $5,671 a year, 20 percent less than private coverage. And, through federal waivers, states can experiment with new approaches leading to innovative changes adopted by the entire country. Kentucky has done just that with Passport.

Debates about health care may never end. But in the past half century Medicaid has proved its worth to the people it serves and to taxpayers. Over the next 50 years, Medicaid – and Passport – will continue to evolve to remain that lifeline that, one day, many of us might need.