Leadership from the federal government is essential in addressing the overwhelming needs and making needed change in the mental health care system in this country. Below is a brief list of NAMI’s strategic priorities at the federal level. These items represent an ambitious agenda that we will be pursuing as 2015 continues to unfold.

Leadership from the federal government is essential in addressing the overwhelming needs and making needed change. So I want to share with you a brief list of NAMI’s strategic priorities at the federal level. These items represent an ambitious agenda that we’ll be pursuing as 2015 continues to unfold.

Some of these issues may sound abstract or complex, but they are issues that greatly affect the lives of real people. No one person can take them on alone. That’s one of the reasons why NAMI is here and why we are working to build a broader movement for the future.

President Obama’s 2016 Budget
President Obama unveiled his $4 trillion budget proposal for 2016. The budget includes a number of important proposals for agencies and programs of importance to people living with serious mental illness and their families.
Perhaps most important is the President’s proposal to increase the current budget expenditures by $74 billion, thankfully eliminating the looming threat of across-the-board cuts known as “sequestration” for 2016. Back in 2013, sequestration became a reality, with harmful cuts to mental illness research and supportive housing programs. It remains to be seen if Congress will allow this to happen. However, this budget proposal serves as a first offer in a negotiation over spending limits and priorities that will run through this coming summer.
Read more.
Nearly 60 Groups Oppose Increased Co-Pays for Low-income Medicare Part D Beneficiaries
NAMI, along with nearly 60 patient advocacy organizations, urged Congress to reject proposed policy changes that would increase co-pays for the brand name version of medications for Low-Income Subsidy (LIS) beneficiaries—individuals earning below 135% of the federal poverty level—in Medicare Part D.
In both his 2015 and 2016 budgets, President Obama included provisions that would double copayments LIS beneficiaries are required to pay for brand medications. The letter to Congress explains that these individuals tend to be in worse health than other Part D beneficiaries and may need access to multiple brand medicines to treat their often complex conditions. The increased out-of-pocket costs would negatively impact this vulnerable group and could decrease the likelihood of people continuing to take medication and lead to worsened outcomes and higher overall Medicare costs.& nbsp;
Read more.
Protecting SSDI
The Social Security Administration has projected that without a reallocation of funds, the Social Security Disability Insurance (SSDI) trust fund will not be able to pay full benefits within 2 years. Unless Congress acts now, monthly cash SSDI benefits could be cut by as much as 19%. President Obama’s 2016 budget includes a proposal to move funding among Social Security’s trust funds to ensure that the fund that finances SSDI benefits is not drained as early as the end of 2016.
This movement of funds is called reallocation. Reallocation would mean a temporary shift of Social Security revenues to the SSDI fund reserves. This move will extend the SSDI fund for almost two decades, without cutting Social Security coverage, eligibility or benefits—and without increasing taxpayer contributions.
Read more.
Bright Spot: NAMI Virginia
NAMI Virginia successfully advocated during the state budgeting process and many of their top priorities made it through the budget conference committee! These investments include: children’s psychiatry and crisis response services, permanent supportive housing and therapeutic assessment “drop off” centers. Hundreds of Virginia mental health advocates made a difference by sending emails, making phone calls, and meeting in-person with legislators and thei r aides.
NAMI Advocates make a difference in communities around the country. If you would like to advocate, reach out to your local NAMI and tell them that you want to advocate for mental health services and supports in your community. As NAMI Virginia shows, your voice matters.
Read more about NAMI Virginia’s victory.
Sharing
Authors 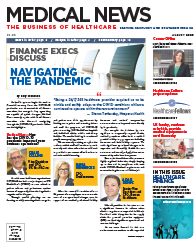