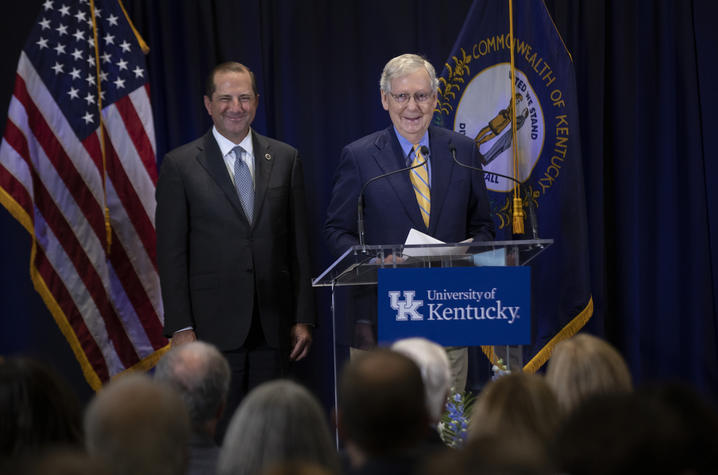 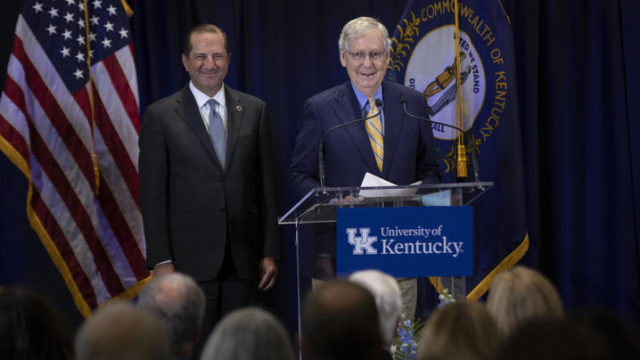 In April, UK – partnering with the commonwealth of Kentucky – was one of four sites selected from across the country for the HEALing Communities Initiative. UK’s grant from the National Institutes of Health totals $87 million, the largest in its history, and is focused over the next three years on reducing opioid-related deaths by 40 percent in 16 counties across the Commonwealth.

The study is part of the NIH HEAL (Helping to End Addiction Long-term) Initiative, a bold, trans-agency effort to speed scientific solutions to stem the national opioid public health crisis. The goal is to develop evidence-based solutions to the opioid crisis and offer new hope for individuals, families and communities affected by this devastating disorder. More broadly, the idea is to see if solutions in different communities across the state can be scaled up and replicated as part of a national approach to the challenge.

Sharon Walsh, director of UK’s Center for Drug and Alcohol Research and the Principal Investigator on the study, said a great deal of work is already underway to help facilitate a successful launch of the grant in the 16 study sites. Significant milestones that have been completed or that will be undertaken in the next several months include:

UK researchers/staff already are in the field doing pilot work in several communities. About 20 UK researchers across six colleges are involved in the grant. The Kentucky grant is being done in partnership with the Kentucky Cabinet for Health and Family Services (CHFS) and the Justice and Public Safety Cabinet (JPSC). Secretaries Adam Meier and John Tilley, from the state’s Health and Family Services Cabinets and Justice, respectively, attended the announcement Monday.

Since the grant announcement in April, UK and the teams from the other national sites have worked to develop a common protocol for all four test sites. The result, Walsh said, will be a more powerful demonstration of effectiveness – supported by more robust data – at the completion of the study in 3 years.

The randomization of counties will be completed later this month – a significant milestone that will determine those counties that will begin the community-engagement process to select and deploy evidence-based practices.

Existing community coalitions supported by the state in each county will work closely with the research team to assess local community needs and gaps in services. This process will lead to the identification and deployment of locally customized evidence-based practices and resources, Walsh said.

-Jay Blanton is with the University of Kentucky.