More than 25 years ago, Congress enacted the 340B drug discount program with bipartisan support. The 340B program gives hospitals and clinics that largely serve uninsured and low-income patients steep discounts for their medications.

However, recent evidence demonstrates that some bad actors are taking advantage of the 340B program for their own profit, not for the patients they were meant to serve.

During a recent Congressional hearing, Sen. Bill Cassidy, a Louisiana Republican and physician, grilled hospital executives about how the program has diverted from its intended goals.

“Some of these 340B hospitals are actually extending the program benefit to cosmetic clinics and into clinics and hospitals that serve wealthy clientele,” Sen. Cassidy said. “I think this is more about the hospitals than it is about the patients. This is the crazy thing.” The hospital executive testifying would not say they would support a bill that ensures uninsured patients receive a discount on their medicines.

Research from the federal government’s General Accounting Office (GAO), indicates the need to reform the 340B drug discount program. The GAO itself concluded that a continued lack of accountability is preventing accurate payments and muddling the program’s rules.

Additional studies finding room for improvement in the program have recently been released in esteemed publications such as the New England Journal of Medicine (NEJM). The NEJM study found that “financial gains for hospitals have not been associated with clear evidence of expanded care or lower mortality among low-income patients.” A recent analysis prepared by Milliman consulting, found that the 340B program is actually driving up costs for patients and the health care system, undermining the program’s goal of helping safety-net providers receive discounts on medicine for the most vulnerable patients.

The good news is that meaningful steps toward more accountability have been taken. Two pieces of legislation have been introduced to address the program, one in the House and one in the Senate.

Introduced to the 115th United States Congress by Representatives Larry Bucshon (R-IN-08) and Scott Peters (D-CA-52), the 340B PAUSE Act will temporarily pause enrollment of hospitals in the program and require basic reporting data that will provide greater accountability and offer Congress the information it needs to make meaningful reforms. Newly required reporting data would become publicly available and strengthen the oversight of GAO and the Office of Inspector General.

“Over the past decade, the program has grown substantially and has operated with little transparency or oversight,” Rep. Bucshon said in introducing the bill. “Given the tremendous growth in the program, Congress needs to ensure this program is operating as intended.”

In the Senate, Senator Cassidy introduced the “Helping Ensure Low-income Patients have Access to Care and Treatment”, or “HELP ACT”. This bill would incorporate the legislative priorities of the PAUSE Act, as well as implement additional eligibility standards for participating hospitals and include a claims modifier to better identify and prevent duplicate discounts.

I urge Kentucky Sen. Rand Paul, Congressman Brett Guthrie of Kentucky’s Second Congressional District and all members of Congress to support the 340B PAUSE Act and the HELP ACT.

The evidence is clear. The 340B program needs to be fixed so that uninsured and vulnerable patients across Kentucky, and the nation, receive the care they need. 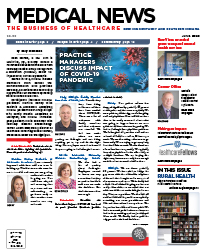