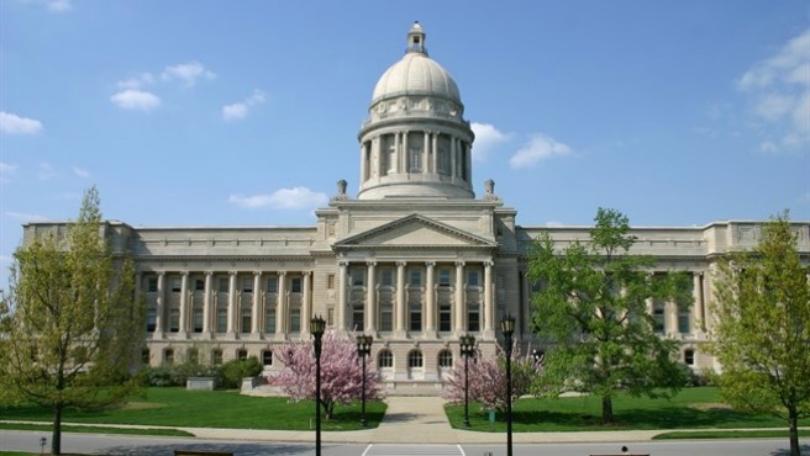 The 2020 session of the Kentucky General Assembly is scheduled to kick off on Tuesday, January 7th. As with all even-numbered years, this session will last for 60 days and legislators will need to pass a two-year budget. While that certainly makes for a lot of ground to be covered, the Kentucky Medical Association (KMA) is prepared to be a leader in these discussions to ensure the voices of physicians and patients are heard in 2020.

KMA has been working for months with members and leadership to develop a list of legislative priorities for 2020 and has focused its efforts in three key areas: public health, public safety and access to care.

Public Health: In recent years, KMA has established a robust public health agenda, with emphasis on key issues impacting Kentuckians. During the 2020 session, KMA will seek the removal of prior authorization requirements for medication-assisted treatment (MAT) and ask that payers be required to cover non-opioid pain treatment such as physical therapy, massage therapy and acupuncture as an alternative to opioids. Tobacco will also remain a focus, with support for an e-cigarette/vaping excise tax, legislation that would raise the legal sale of tobacco products to 21 years of age, and support for raising the level of funding for state tobacco prevention and cessation programs.

Public Safety: KMA will also seek to protect the patients of the Commonwealth from deceptive drug injury advertisements through a number of new regulations, as well as require that vision testing become part of the driver’s licensing renewal process in an effort to reduce automobile accidents.

Access to Care: If Congress fails to act on federal “surprise billing” legislation, the issue may return to the states for action. KMA has been very active on the state and federal level regarding this issue and will continue such efforts to avoid having a government-mandated rate set for out-of-network services. KMA will also advocate for legislation that would prohibit payers from enacting co-pay accumulator policies that do not count third-party financial assistance (such as co-pay cards) toward a patient’s out-of-pocket expenses, as well as support a cap on copays for insulin.

KMA will also be advocating for change through a new website designed for physicians and patients to provide feedback on challenges and roadblocks they experience firsthand in providing or receiving healthcare.

AIMforBetterCare.com serves as a platform for both patients and physicians to share their stories of cost increases, delays and denials. KMA will then use these narratives to assist in advocacy and education efforts to improve upon or eliminate such issues. AIMforBetterCare.com is particularly interested in stories from individuals suffering from some of the state’s most pressing health issues, which include obesity, smoking, drug abuse, diabetes and flu/pneumonia. These are the five areas where Kentuckians fall behind the rest of the nation, and KMA sees this as an opportunity to improve public health through a combination of legislation, policy changes and greater awareness.

The AIM for Better Care initiative was launched in 2017 after it was brought to the attention of KMA by member physicians and patients that cessation services for tobacco were not covered under all insurance plans. KMA advocated for and helped pass legislation, Senate Bill 89, that today provides comprehensive smoking cessation coverage through insurance to Kentuckians.

Membership-driven grassroots advocacy will of course be essential to achieving this success. KMA will host its annual Physicians’ Day at the Capitol on February 6, 2020, and physicians are encouraged to attend, engage their legislators and educate them about these and other issues that are important to physicians. More information and registration for Physicians’ Day is available at www.kyma.org.

As always, a number of impactful healthcare-related issues will be discussed, debated, and voted on during the 2020 session.  KMA will be there – as the voice for physicians and their patients– to advocate for policies that promote quality, public health & safety and the practice of medicine.