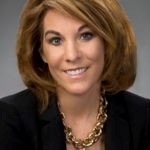 Social media has been and will continue to be an issue for employers. It has become the way people, especially millennials communicate.

When most employers think about social media in the workplace, they tend to think solely in terms of the high-profile social media firing cases where employers have terminated employees for posts made on social media. While social-media based discipline is certainly an issue for employers, there are a number of other social-media related issues that employers should be aware of. In this piece, five are addressed, starting with the most familiar and common offender, social media discipline.

Social media-based discipline concerns two issues: employer policy and content. In many circumstances, private employers may discipline an employee for social media posts, including for posts that may negatively impact the employer’s business, goodwill or that disclose confidential information, etc.

Some social media communication, however, is legally protected, meaning an employer could get in a lot of hot water with a court or the National Labor Relations Board (NLRB) for disciplining an employee for making protected post.

This issue became a major focus for the Obama-era NLRB, which greatly expanded its oversight over the social media issue, and held a number of employers liable for illegal policies and employee discipline. To do this, the NLRB relied on Sections 7 and 8 of the National Labor Relations Act (NLRA), which grant employees (union and non-union alike) broad protection to engage in concerted protected activity, such as discussing work conditions; complaining about the terms and conditions of employment; and discussing wages, hours, safety, etc., on social media. For the most part, employee discipline in this area has been tied to the violating of a workplace rule or policy. Due to the tie in to policy, the NLRB’s method for reversing discipline was to strike down employer social media policies after finding them too broad so that a reasonable employee would read the policy to prohibit protected concerted activity. For this reason, employers should take the following steps regarding social media discipline:

In the grand scheme of things, this is a fairly easy issue for employers to get their heads wrapped around. Communications that discuss work conditions or that register as complaints for discrimination or harassment would most likely be viewed as protected. Posts that: (1) disclose an employer’s confidential information or trade secrets; (2) constitute hate, harassing or threatening speech; (3) constitute discriminatory, harassing or obscene speech; (4) admit criminal or unethical conduct; (5) are in violation of the employer’s anti-discrimination or anti-harassment policies; (6) that threaten the employer’s goodwill or reputation by complaining about customers; or (7) that indicate that the individual is not suited for their position, are not protected.

In the context of a supervisor following an employee, the supervisor (who represents the employer regardless of whether the supervisor is off-duty when engaging on social media) may see information about the employee that, if used in the wrong way, could constitute illegal discrimination or retaliation.

In the event an employer disciplines an employee, the employee could claim the reason for the discipline was because of the protected information the employee’s superior saw on via social media, regardless of whether the supervisor actually did.

This typically occurs when a co-worker misses work due to “illness” but makes social media posts that show the employee on vacation. In the current political climate, this also occurs when individuals make religious- or race-based posts concerning, for example, immigration or the NFL, that are easy fodder for a discriminatory hostile work environment. This is where social media “friends” turn into “frenemies”. The news is full of employees being terminated for religious-, political-, and race-based social media posts. Case in point; remember the woman who was fired after a photo her giving the middle finger to President Trump’s motorcade went viral.

The same issues that arise when supervisors friend or follow subordinates also arise to a certain extent when employers use social media to vet applicants for employment. The concept is easy enough to understand; it is the same thing as Googling a blind date. A manager gets the name of an applicant/interviewee, and does an internet search on the person. Plenty of interesting and legally-viewable information will likely surface, but there is a possibility that some protected information will pop up as well, including the applicant’s race, ethnicity, national origin, religious affiliation, genetic information, etc.

One case demonstrates the nightmare employers can face. In Nieman v. Grange Mut. Ins., 2013 U.S. Dist. LEXIS 47685 (C.D. Ill. Apr. 2, 2013), an applicant sued Grange Insurance after he did not get further in the interview process. He argued that a decision influencer looked at his LinkedIn profile and (by looking at his graduation dates) determined he was over the age of 40. An applicant under the age of 40 was hired for the position and the applicant sued for age discrimination. The employer tried to get the lawsuit dismissed at the outset, but was unsuccessful because the applicant made a colorable claim. This forced that case to go on and onto the expensive process of full litigation, e.g., depositions, discovery, summary judgment briefing, etc. At the conclusion of the expensive discovery, there was no evidence that anyone from Grange Insurance even viewed Mr. Nieman’s LinkedIn profile and the case was finally dismissed. The nightmare for employers, however, is that the employer essentially had to prove that it did nothing wrong and go through the process of proving that the applicant had no evidence and instituted an expensive lawsuit based on nothing more than a concocted theory. It was a very expensive process for an employer who did not even conduct a social media background screen.

To avoid some of these issues, employers can affirmatively put policies in place regarding social media vetting prohibiting managers, HR representatives, those in the interview process, and decision makers from conducting social media background searching on employees.

Alternatively, employers may conduct social media background screens legally by setting up a documented process of review. Such a process should include a person to conduct the check and derive a memorandum of legal information that can reviewed for employee; decision makers who are completely walled off from the search process; and a formal written process outlining the scope of the screen.

Legal social media snooping on applicants is mainstream, so it is important that employers get it right. In fact, according to a 2017 CareerBuilder survey, 70 percent of employers use social media to screen candidates before hiring, which is up significantly from 60 percent in 2016. In addition, there are a number of Tinder-like apps employers and applicants can use to connect via social media, including Switch and Jobr, which employ the swipe and match Tinder model.

Social media can be a good way for employers to find applicants and to screen applicants, but employers must be cautious of the risks and plan ahead to avoid them.

4. Responding to Workplace Complaints Made on Social Media

Federal and state law protects employees from being subjected to a discriminatory, retaliatory, or harassing environment. These register in the form of hostile work environment, sexual harassment, and retaliation cases, but they do not necessarily always manifest or originate in the physical workplace.

Sometimes the illegal behavior includes offending statements that occur off-duty, off-site, and virtually. Social media has certainly blurred the lines between personal and private and, because of this blurring, the off-duty, off-site, and virtual nature of the harassment or the complaint about harassment does not make it any less actionable. This is why employers must remain vigilant and cannot ignore an issue once they become aware of it, even if it occurs purely in social media.

The moral of the story is that social media is a new technology and a new form of communication, but the same laws apply. If an employer learns of a complaint on social media, whether directly or indirectly, the employer should investigate just as it would had the offending conduct occurs in the physical workplace

The easiest way to do this is to send a litigation hold to all relevant employees instructing them not to destroy, modify, or otherwise affect any social media post, communication, or message to/from/between relevant individuals or regarding certain subject matters. While screenshots are not the best form of preservation, they are better than nothing (though they do not include helpful metadata that can be used to identify the timing and location of a post/picture/video). Ultimately, if social media evidence is properly preserved, it is preserved in its electronic form with all metadata intact.

-Sara Jodka is an attorney with Dickinson Wright in Columbus, Ohio.