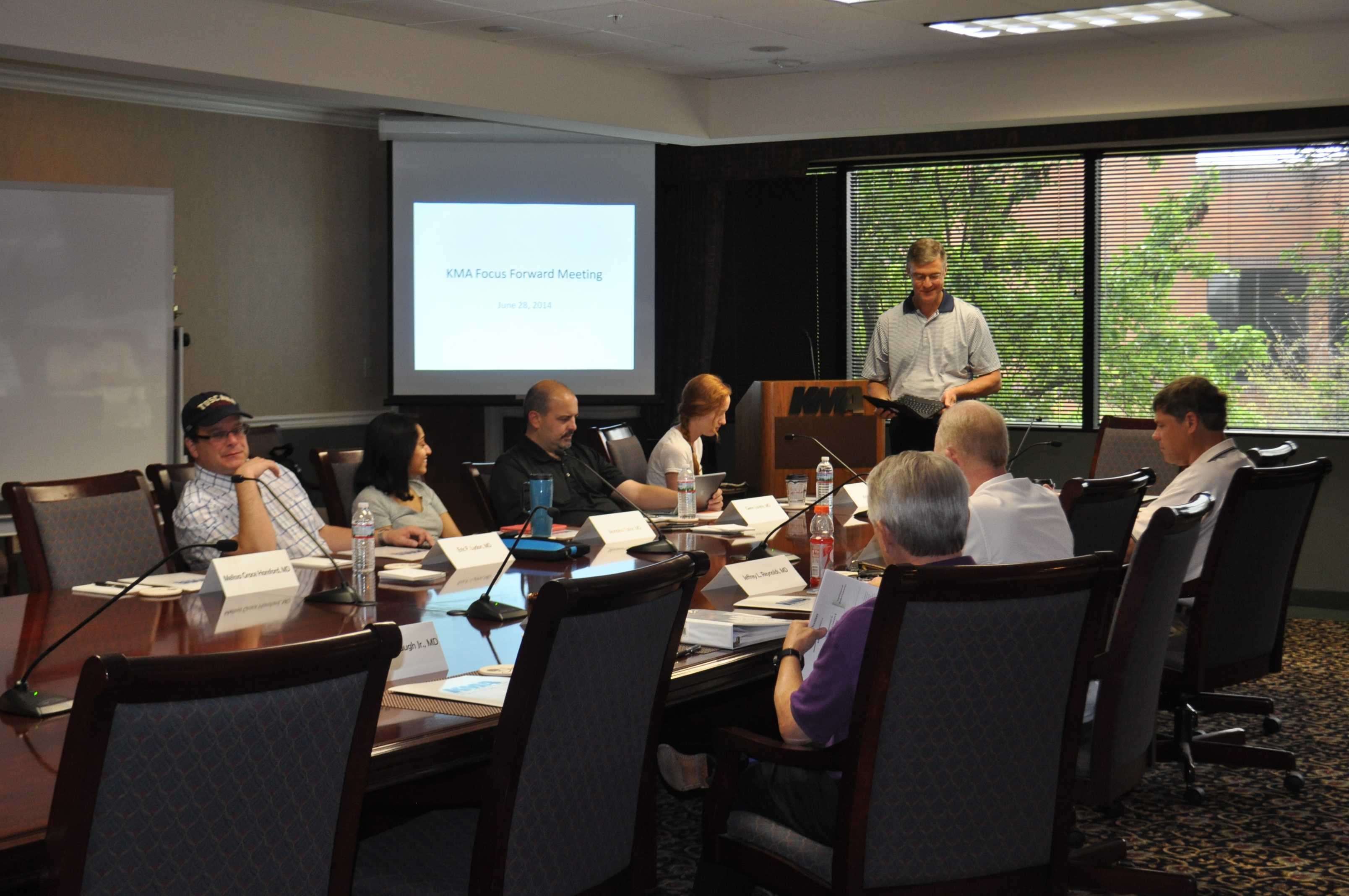 When people think of “strategic planning” they might envision a weekend in which a handful of leaders come up with broad goals for their organization’s future.

The Kentucky Medical Association (KMA) took a different approach five years ago.  A diverse group of physicians who were involved in the KMA, but not on the board, met a half-dozen times over the course of a year and made specific recommendations on everything from establishing priorities to budgeting and member participation.

“The process made us a modern association,” said KMA’s Executive Vice President Patrick Padgett.  “Our advocacy, our communications, even our operations are now more streamlined and focused.”

Since its inception more than 150 years ago, the KMA has worked on a variety of issues, most notably public health and legislative advocacy.  And as medical issues became more complicated, the KMA found itself trying to be all things to all people.  “It worked sometimes,” said Fred Williams, MD, who was KMA President in 2013 and led the strategic planning process.  “As an organization, it seemed like everyone was coming to us, expecting us to address every issue with an unlimited amount of resources.  We simply couldn’t do that.”

The organization had to realign its resources and center its priorities.

“I think everyone saw the need to focus,” Williams said.  “We needed to know what our membership valued the most.  That’s why we purposely did not put board members on our strategic planning group.  We needed a fresh set of eyes.”

To emphasize the goal of sharpening resources and priorities, Williams named the group “Focus Forward” to make sure everyone understood the goal so that the organization could thrive in the future.

The group met a number of times over the course of a year, looking at all aspects of the KMA.  “There aren’t a lot of people that will sit through discussions about budgets and then apply what they digested,” said Padgett.  “But this group of physicians was dedicated and did a great job.”

The group consisted of practicing physicians from various specialties, along with one physician CEO, and another who served as a health plan CMO.  One medical student was also included.  “It was a very diverse group,” Williams said, “and their varying backgrounds helped to bring different perspectives to our analysis.”

The group had its own ideas about what it thought KMA should do to change.  But it also wanted to hear from the KMA membership.  So they developed a survey to ask about various KMA programs and activities, as well as the value of each activity.  The results were illuminating.

“The membership liked and valued our advocacy program,” Williams said.  “But other parts of the organization, such as ways for members to be involved, were not rated so high.  It was also apparent that we needed to modernize our communications.”

KMA hired an outside consultant, Nancy Wiser, to help with the survey process, as well as revamp communications.  “Her expertise was really helpful,” Padgett said.  “She conducted an overall assessment of our communications and made recommendations.”

The group’s list of proposals for change was specific and, in some instances controversial.  Williams became the face of change and the one who presented the plan to the KMA leadership, as well as the general membership.  He had arguments and data to back up their recommendations.  But Padgett suggested adding a picture to make the point.  As a former navy officer, Padgett prepared a slide showing a photo of an American battleship from the time that the KMA last made significant changes – the early 1900’s.  Beside it, he put a photo of the navy’s most advanced aircraft carrier.  “It got their attention,” Williams said, “and painted a picture of the need for change.”

Not everything the group wanted got adopted, “but ninety-five percent did,” Williams said.  It took another year to adopt the changes, which included one-time expenditures that ate into the association’s financial reserves.  Williams commends his successor as President, Doctor David Bensema, with being the leader who implemented the changes.  “Dave was great,” Williams said.  “He was supportive of the reforms, and with his organizational expertise, he was able to ensure the changes were done correctly.”

Williams was recently honored by the KMA at its 2017 Annual Meeting with the Distinguished Service Award for his work on Focus Forward.  “It was a team effort,” Williams said.  “From the Focus Forward group, to our board and our staff, everyone made it happen.”

Today, KMA has a communications director, something it did not have prior to the strategic planning session.  Legislative advocacy has been very successful over the past few years.  And KMA members are more involved through issue specific commissions and new physician leadership programs.

All of this happened at the same time KMA cut its resource footprint and moved its headquarters into smaller, more cost-effective space.

“Focus Forward allowed us to be more nimble and operate as a modern association,” Padgett said.  “We are able to get more done with less.  Our members are asked to do that daily in their practices, and that’s what they expect us to do as well.”