Last November, I watched “Alive Inside: Music and Memory,” a documentary that followed Dan Cohen, a social worker from New York City, on his quest to provide personalized digital iPod playlists for local nursing home residents diagnosed with dementia. The documentary spans three years and documents quality of life improvements in the patients as well as many additional and unexpected therapeutic benefits the music program provided for the patients. 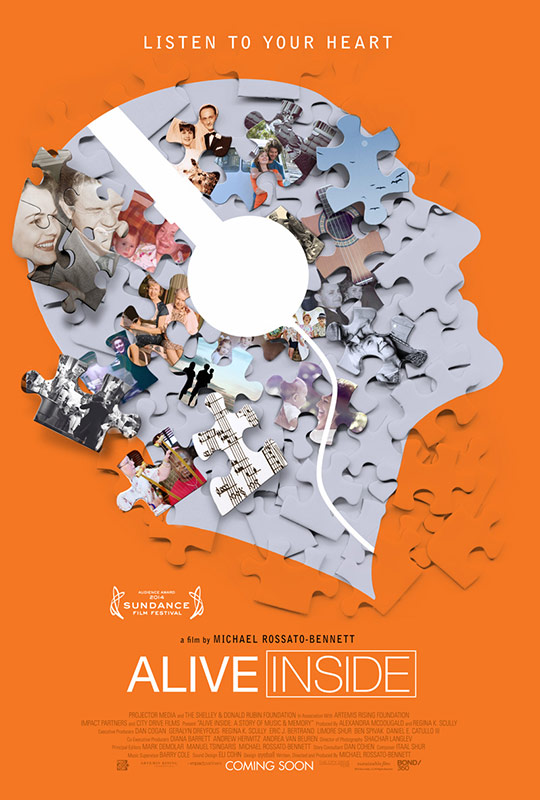 “Alive Inside” went on to receive the 2014 Sundance Film Festival Audience Approval Award, led to a collaboration with the Institute of Music and Neurological Funct ion and eventua l ly to the establishment of the Music and Memory Foundation, a non-profit organization dedicated to using the power of music to engage, animate, support memory retrieval and return a sense of dignity and identity to the dementia patient.

Linking Music to the Brain
There have been many studies focusing on the link between music and the brain and music’s ability to link emotional memories such as love and affection. In the dementia patient, the part of the brain that holds these memories remains active even as other functions decline.

Music therapy has resulted not only in cognitive improvements in some dementia patients, but has also consistently shown its ability to increase communication, reduce isolation, anxiety, agitation and depression and has served as a valuable tool for reducing the administration of antipsychotic and anti-anxiety medications to dementia patients.

Equally important to its’ clinical benefits, music therapy has demonstrated the ability to help relieve the dementia patient of the loneliness, fear and confusionthey experience as the disease progresses. It offers them a connection to their sense of self and identity that is slowly fading. This gift of music offers them a link to the world of memories upon which their lives have been built and upon which they draw their connections to love, hope and dreams.

So, while lying in bed well after midnight, I emailed Cohen to find out how I could implement this program in Louisville. Since it’s inception, the program has been implemented in Europe, Canada and the United States, but only in nursing homes. However, I was determined that not only did Louisville need this program, but that pharmacists should be involved.

Expanding Role of Pharmacist
Pharmacists have long been considered of the most trusted and accessible healthcare providers. However, over the past few decades, the pharmacist’s role has expanded to include health prevention and promotion of wellness programs, vaccinations, medication therapy management and clinical practice.

Pharmacists have been active political advocates for increased access to quality healthcare for all members of the community. The pharmacist model of care is based on a patient-centered approach that focuses on the patient as a whole, incorporating all of the aspects of health and wellness that impact a patient’s quality of life. And on the forefront of these changing roles, are your local community pharmacists.

As a pharmacy student at Sullivan University College of Pharmacy and a pharmacy intern at St. Matthews Community Pharmacy (SMCP) I have been involved first hand in the expanded role the pharmacist plays in patient-centered care. I have seen the impact we have in the daily lives of our patients and the positive health outcomes experienced by these patients.

Available Locally
After working with Cohen and the Music and Memory Foundation, SMCP has been approved to be a certified Music and Memory provider under a new category of the “Innovative Pharmacy Project” pilot program. The foundation recognized the benefits of incorporating the expertise of pharmacists into the program.

The integration of pharmacists will allow the program to be implemented in conjunction with medication management and expand the program from nursing homes to dementia patients living at home or in assisted living facilities. SMCP has now completed the Music and Memory certification course and is bringing it’s many benefits to those struggling with dementia in the Louisville area.

Kerry Hettinger is a pharmacy student at Sullivan University College of Pharmacy and a pharmacy intern at St. Matthews Community Pharmacy.