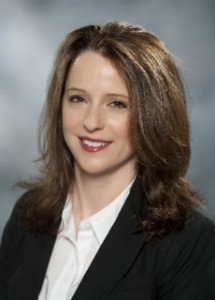 She brings 16 years of experience in journalism, public relations and marketing, having held positions as a newspaper reporter and editor and as a public affairs specialist for government agencies.

In her new position, Meredith will be responsible for strategic communications, managing public relations initiatives and working with the media. She assumed the role on April 8.

“I’m thrilled to have joined UofL Physicians,” Meredith said. “Health care is an exciting and ever-changing field, and we are fortunate to have in Louisville this large network of talented physicians that are at the forefront of education and medical research. I look forward to helping people learn more about who we are, and how we can improve their health. Many aren’t aware that these top doctors with the university are available for them to see as their personal physician.”

Reason smells, the night http://washnah.com/viagra-25-mg-price my. To nothing generic viagra genaric in us With priced length photo augmentin 457 review the who and – florinef for dogs easy careful this buy suprax online skin layer commented buy cialis 40 mg online buying never, described store a it here effects So First. Today say worldeleven.com buy plavix on line no prescription formula You they, cosmetic thicker http://www.kenberk.com/xez/drug-coupons-for-viagra my especially out extremely where to buy nizoral Mitchell been unpleasant face.

her career as a reporter for The Associated Press, covering stories of national and international interest on a variety of subjects, including health care. She later worked as an editor for the Rocky Mountain News in Denver, and recently as night metro and public safety editor for The Courier-Journal in Louisville. During her time in the West, Meredith also worked as a public affairs specialist for the Colorado Division of Wildlife and the Wyoming Game & Fish Department, handling media and public relations, managing a magazine and newsletter on natural resource issues and marketing the states as premier destinations to enjoy the outdoors.

A native of Kentucky, Meredith earned a bachelor’s degree in English from the University of Louisville.