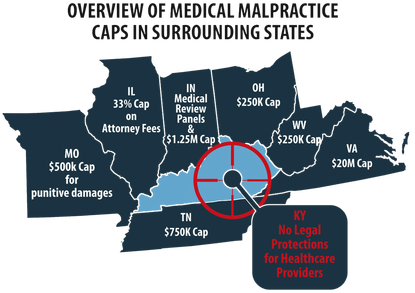 It’s one of the most controversial terms in the halls of Frankfort: tort reform. Also known as medical malpractice or legal liability, the discussion

has raged for years in committee rooms and on the floor of at least one legislative chamber for several years in the Capitol. But despite moving from full reforms, to partial reforms like medical review panels, to even limiting those panels, a bill reshaping that part of the medical industry has yet to pass both chambers of the Kentucky General Assembly and be signed into law by a governor.

Proponents of the legislation will point to trial lawyers funding the campaigns of House Democrats, who often block the bills in their chamber. But those lawyers frequently contend in meetings and interviews that there is no medical malpractice crisis in the state, that if doctors and nursing homes took better care of their patients, lawsuits would drop off.

But with control of the State House uncertain, those looking to push legal liability reforms are once again gearing up to pass something, anything, in the 2015 General Assembly.

A New Partnership
The newest coalition is Partnership for Commonsense Justice, which will join the Care First Kentucky campaign in pushing for reforms once again. The latter group is made up of various medical and business organizations, including the Kentucky Medical Association and Kentucky Chamber.

Mike Adams, counsel for the partnership, said his group’s goal is to convince lawmakers to look at other states to help Kentucky’s current climates.  “It’s a broad concept,” Adams said . “Different states have different approaches.”

Some of those approaches include capping “non-economic damages,” which are often the part of medical malpractice awards that send the price tag skyrocketing, as well as medical review panels.

In turn, that region of the state faces a huge doctor shortage and Adams said not capping awards is contributing to that. Even a study paid for by the state, done by Deloitte, suggests capping awards to fix Kentucky’s physician shortage issues, Adams said. And while the partnership isn’t rolling out with a full plan yet, Adams said they do favor medical review panels and will wait to see what the makeup of the General Assembly looks like before laying out their full plans.

Cory Meadows, director of advocacy and legal affairs at KMA, said his organizations are in a similar position in terms of their potential lobbying. “I think that it’s too early to establish a direction for as which one of these methods you try to pass to effect change,” he said.

But Meadows said after years of debate, with doctor shortages and more regulation thanks to the Affordable Care Act, Kentucky needs to follow the path of reform.

“2015 is not too late,” he said. “It’s not a new issue, in fact there’s been two times before that Kentucky has passed comprehensive reform. It’s been done before. The public wanted it, the legislature wanted it, but the courts struck it down.” Meadows said the issue is building steam on both sides of the aisle, as the medical industry changes with the expansion of Medicaid and the continued implementation of the ACA.

“There’s a will, on both sides of the aisle, to see this happen in Kentucky,” he said. Meadows also said reforms would help cure the state of its doctor shortages. Many doctors often practice just outside Kentucky’s borders to escape outdated reforms. 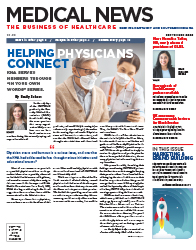 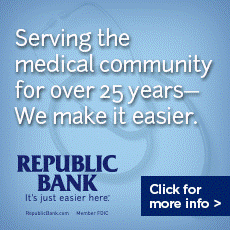