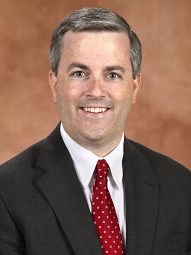 The problem of “patent trolls” continues to garner the attention of government officials, and after its recent recess, the U.S. House of Representatives is again considering a bipartisan bill intended to further curb abusive litigation tactics.

As many businesses, big and small, have learned, a “patent troll” is a pejorative term applied to an entity that owns and enforces patents, but does not manufacture any patented products.  Rather, the business of the patent troll is to negotiate and collect license fees for the right to practice under its patents, and negotiation is often tied to aggressive lawsuits for patent infringement.  Even if the infringement allegations are of questionable merit, the very high costs associated with defending such a lawsuit often drive a targeted business to negotiate a resolution.

H.R. 9 (“The Innovation Act”) (http://1.usa.gov/1zL2d5h) is intended to target abusive litigation tactics that are commonly employed by patent trolls.  As currently drafted, the Innovation Act would enact the following:

Although many of the provisions may sound reasonable, especially in the context of a troublesome “patent troll,” there are valid concerns about the potential adverse impact on legitimate patent litigation.  In this regard, the additional burdens imposed by The Innovation Act would apply to all plaintiffs, including, for example, independent inventors, small business owners, and universities, increasing the costs for such entities to enforce their own patent rights.  Indeed, two associations that collectively represent 145 leading research universities, where many pharmaceutical and medical innovations originate, reached that same conclusion.  In a recent letter that was directed to the Consumer Electronics Association (which is available at http://bit.ly/1Eb1EnQ), those research universities opined that “[a]ll entities without extensive litigation budgets, including nonprofit universities, startups, small companies, and individual inventors, are ill-equipped to operate in the environment that would be created under H.R. 9.”

Certain trade organizations in the healthcare industry have expressed similar concerns.  For example, the Medical Device Manufacturers Association (MDMA) recently penned a letter to the House Committee on the Judiciary (which is available at http://bit.ly/1DNOYTt), stating that “[c]hanges to the patent system that would devalue property rights or the ability to protect intellectual property will have a chilling effect on developing the medical cures and treatments of tomorrow.”  The MDMA further commented that “the provisions in H.R. 9 that purport to target only abusive patent practices are so broadly drafted that they would make the defense of legitimate intellectual property from infringement more costly and burdensome, and discriminate against innovation models such as those who develop technologies and license them to larger players for distribution purposes.”

For another example, in a recent statement (which is available at http://bit.ly/1CRE0bB), the Biotechnology Industry Organization (BIO) commended the efforts of Congress to curb abusive patent practices, but nonetheless concluded that “H.R. 9, the Innovation Act of 2015, goes beyond targeting abusive practices…[and] would raise the cost of, delay, and complicate the enforcement of patents by all patent owners, and are not narrowly targeted to address the articulated concerns regarding patent trolls.”

With universities, stakeholders in the healthcare industry, and other significant constituencies voicing such objections and concerns, passage of The Innovation Act is certainly far from guaranteed, at least without further compromise and modifications.  Indeed, in a recent hearing, the primary sponsor of The Innovation Action, Rep. Robert W. Goodlatte (R-Va.), seemed to acknowledge that some modifications were likely.  Furthermore, testimony from the new Director of the U.S. Patent and Trademark Office, Michelle K. Lee, indicates that, while the administration supports the general objectives of The Innovation Act and believes that abusive litigation tactics should be targeted and curtailed, the administration also believes that some modifications to the proposed legislation are needed.  For example, Director Lee was not supportive of postponing discovery until after claim construction, nor was she supportive of changing the standards for an award of attorneys’ fees.  Finally, a very similar version of The Innovation Act passed by the U.S. House of Representatives in December 2013 died without action in the Senate in 2014, and it is questionable whether there is sufficient support in the current Senate for The Innovation Act.

For now, a business that is the target of a patent troll or a business that is thinking about how to protect and enforce its own patent rights must continue to make decisions under the current legal framework.  At the same time, it is important to be mindful of the changing landscape and the ongoing debate in Congress.  In this regard, other bills with similar objectives have also been proposed, including the recently proposed STRONG Patents Act of 2015 (http://1.usa.gov/1b8vVbU), which is supported by the Association of American Universities, the Association of Public and Land-grant Universities, MDMA, and BIO.  Thus, any business facing questions about patent defense or patent enforcement should engage a patent attorney knowledgeable and experienced in this area of the law to assist and develop an appropriate strategy.

David Nagle is a Registered Patent Attorney who has been with the Intellectual Property & Technology Service Group since its inception. He holds an advanced engineering degree, and his technical knowledge consistently allows him to better understand his clients’ business needs and processes.