William Guido, Ph.D., professor of anatomy and neurobiology at Virginia Commonwealth University Medical Center, is the new chairman of the Department of Anatomical Sciences and Neurobiology at the University of Louisville School of Medicine. Toni Ganzel, M.D., M.B.A., interim dean of the UofL School of Medicine, announced today that Guido will join UofL July 1 and his appointment as chair will be effective October 1, pending approval by the Board of Trustees.

“Dr. Guido has a rich history of successful research exploring the development of sensory systems,” Ganzel said. “He is a proven mentor for younger scientists and will help our faculty continue to grow and thrive.

“Retiring chair Fred Roisen, Ph.D., spent more than a quarter century developing a department that has produced many significant research findings while at the same time provided significant education to more than a generation of students.”

In 1993, Guido moved to the Louisiana State University Health Science Center as an assistant professor of cell biology and anatomy and the Neuroscience Center for Excellence, where he earned the rank of full professor. In 2006 he joined the faculty at Virginia Commonwealth University as a full professor and director of graduate studies in the Department of Anatomy and Neurobiology.

The author of more than 60 peer-reviewed scientific writings, Guido’s research interests focus primarily on the development of the visual system, especially the cellular and molecular mechanisms responsible for the activity-dependent refinement of connections between the eye and the brain. The National Eye Institute has funded his research since 1996.

Guido has been involved with a number of outreach programs and public literacy efforts for the Society of Neuroscience. He also served as a regular member of several National Institutes of Health Study Sections and currently chairs the Center for Scientific Review panel entitled Mechanisms of Sensory, Perceptual and Cognitive Processes. Guido serves as an ad-hoc reviewer for numerous high profile research journals including Journal of Neuroscience, Journal of Neurophysiology, Journal of Physiology and Neuron. 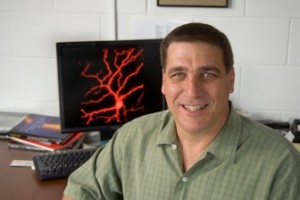