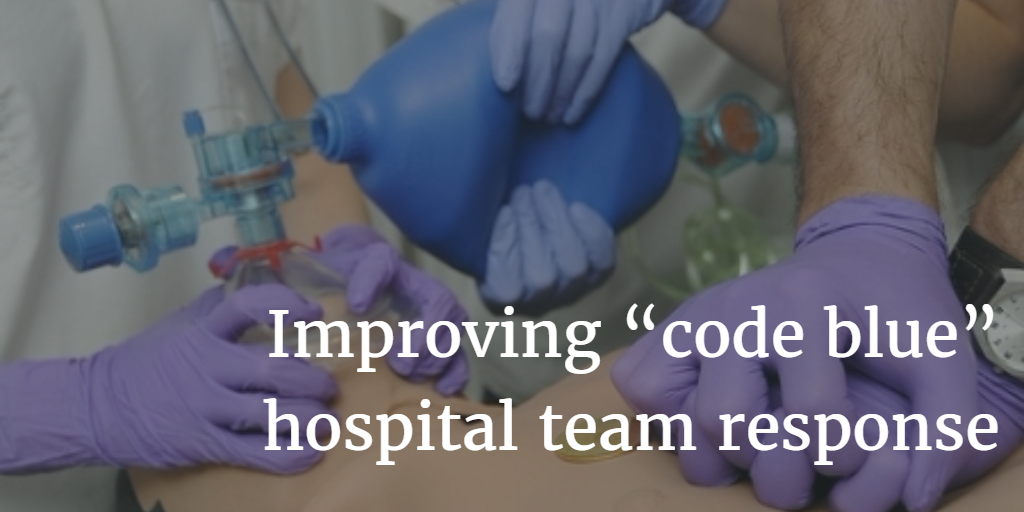 Lorrel Brown, MD, assistant professor of cardiology at the University of Louisville School of Medicine, is working to improve the way staff respond when a hospital patient experiences cardiac arrest. Brown has received a grant to develop and evaluate a new protocol to improve communication and fine tune the staff team that responds to these patient emergencies at University of Louisville Hospital (ULH), a part of KentuckyOne Health.

When a patient suffers a cardiac arrest in the hospital, staff members call a “code blue” to summon necessary medical personnel to attend to the patient. Existing procedures for code blue events at ULH may bring 30 to 40 people to the patient’s room, which can create an inefficient situation for responders. Brown’s plan would train a streamlined group of about 15 people who have the most appropriate skill sets for the event to respond to a code blue announcement.

“This will lead to an appropriate use of resources. When 40 people are in the room, it is too crowded and people are not functioning at the height of their effectiveness,” said Brown, a cardiology and critical care specialist with UofL Physicians. “We want people who are highly trained and responding often so they know what they are doing.”

To determine the best team of responders, Brown has collaborated with an inter-professional group that includes physicians in neurology, internal medicine, intensive care, surgery, anesthesia and cardiology, along with respiratory therapists, nurses and pharmacists. She is collecting data on the current system and will evaluate the process before and after the new procedures are implemented.

Brown will introduce the new procedures by conducting unannounced code blue simulations in the hospital and familiarize all hospital personnel in the new system for several months before it is implemented. Under the new procedure, a UofL Hospital Code Team Leader will wear a special lanyard to visually identify the team leader for all staff members. Attached to the lanyard will be a card that lists the individuals who should be involved in the response.

“This will require a culture change,” Brown said. “Whoever is the leader wears the lanyard so everyone can see who’s in charge. It is not a novel approach, but what is novel is that we are studying the impact of this change by collecting data and evaluating the process before and after the new plan is implemented.”

Instructing medical staff on procedures for cardiac arrest is familiar territory for Brown, UofL’s associate director of cardiovascular medicine fellowships. For the past year, she has been training medical residents and other staff members to work together during code blue events by conducting drills in which teams of resident physicians, pharmacists, nurses and respiratory therapists engage in simulated cardiac arrest events. This allows each of the personnel to focus on their specialized training and to reinforce teamwork.

“When we train people to respond to cardiac arrest, it is usually in silos – nurses train with nurses, residents train with residents, and so on,” Brown said. “In the real world, various people with distinct skills respond to a cardiac arrest who haven’t worked together before. It can be stressful, especially if they don’t know one another. Team training utilizes the skill sets of each individual to the best advantage of the patient.”

Brown received a two-year medical education and research grant from the Southern Group of Educational Affairs, a regional division of the Association of American Medical Colleges, to define, implement and evaluate the new procedures for the hospital staff. The grant extends through August of 2017.

“The goal of this project is to improve communication in the delivery of high-quality care in a low-frequency, high-stakes situation, and to clearly identify the code blue team leader,” Brown said. “This streamlined group of responders will facilitate clear communication, rapid delivery of life-saving care and inter-disciplinary cooperation.”

— Betty Coffman is with the University of Louisville in Louisville, Ky.