Cancer remains one of the most difficult and deadly challenges in human health, affecting Kentuckians at a higher rate than residents of any other state and killing more than 600,000 people each year in the U.S. alone. In recent decades, therapies that engage the immune system to treat cancer have given hope to millions of cancer patients.

Building on more than two decades of success in cancer research, the University of Louisville is poised to advance immunotherapy with a grant of $11.5 million from the National Institute of General Medical Sciences to establish the Center for Cancer Immunology and Immunotherapy (CCII). The new center will develop and improve strategies that use the immune response to fight cancer. The five-year grant also will allow UofL to establish the CCII as a National Institutes of Health-designated Center of Biomedical Research Excellence (CoBRE) to support young investigators and develop additional basic, translational and clinical research at the UofL Health – James Graham Brown Cancer Center.

The newest cancer treatments often are available at Brown Cancer Center through clinical trials before they are available anywhere else. One such treatment is CAR T-cell therapy, in which a patient’s own immune cells known as T cells are modified in the lab to more effectively attack cancer cells. UofL announced the creation of the Dunbar CAR T-Cell Program at UofL in October.

Researchers within the CCII will build on expertise and resources gained from previous research at UofL to develop better cancer immunotherapies. This will be achieved in part by enabling talented junior investigators who have not yet obtained major funding to advance their research and subsequently obtain major grant awards of their own. 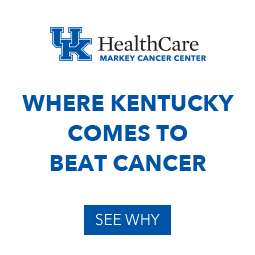