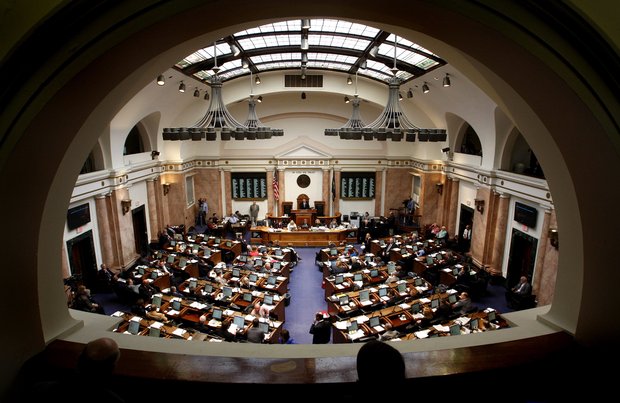 The 2015 Kentucky Legislative Session has the opportunity to have a significant impact on the behavioral health community in Kentucky.  From front page stories like the heroin epidemic to licensing and reimbursement issues, our legislators are considering action to improve the delivery of care in the increasingly important behavioral health sector.

The legislative session kicked off with a consensus to address the use of heroin in Kentucky.  Several bills were filed in the session to address the exploding use of heroin.  Some emphasize treatment more than punishment or incarceration; others do not.  There appears to be commitment from both chambers to pass a heroin bill in 2015.

While there is debate around the treatment of people addicted to heroin, a new group in Kentucky, Shatterproof, has focused specifically on pushing for the inclusion of two provisions – Naloxone Access and No-Charge Good Samaritan language – in the final bill.

The first of those provisions would increase access to Naloxone, the life-saving medication that can reverse symptoms of an overdose if administered quickly, to first responders and pharmacists. While the House bill includes this language, the Senate bill only expands access to first responders.

The second provision, what is known as “No-Charge” Good Samaritan language, would protect those who call 911 (and the overdoser) from facing charges including possession, paraphernalia, underage drinking or violation of probation or parole. The idea is that by removing barriers to calling 911, our first responders will be more likely to arrive at the scene of an overdose, ultimately saving more lives. While the Senate bill does include a form of Good Samaritan provisions, it only allows the caller to use the argument in their defense. The House bill has a more extensive version of Good Samaritan, which protects against just possession and paraphernalia charges. It remains to be seen what version of both provisions will end up in the final legislation. ?

The Kentucky Mental Health Coalition, chaired by Dr. Sheila Schuster, also identified several other issues that are relevant to providers in Kentucky.  A bill related Licensure of Certified Alcohol and Drug Counselors has failed in the past four or five sessions and needs to pass in order to build up the network of licensed (and reimbursable) providers of substance use disorder treatment.   This issue is related to the heroin epidemic and to the inclusion of SUD in Medicaid and private insurance plans under the ACA.  This session, HB 92 is sponsored by Rep. Leslie Combs.  It has passed the House (99-0) and is awaiting a hearing in the Senate Licensing & Occupations Committee.

Mental health professionals have been trained to follow the “duty to warn” statute. This law allows for breaking the therapist-patient bond of confidentiality when a patient makes a credible threat against a specific person or threatens a specific act of violence.  However, a recent court case in Kentucky held that our current state statute applied only to a narrow definition of “patient” as an individual in an inpatient hospital.

Without a change in the current law, this court decision creates a huge problem for both public safety and individual therapists’ professional liability.  Senate Bill 51, sponsored by Senator Morgan McGarvey, clarifies the language of the Duty to Warn protection and adds a definition of “patient” to include an individual who is being seen in an outpatient setting. It clarifies for all mental health professionals in Kentucky that they have a duty to warn in cases where a patient makes a credible, violent threat toward an individual or threatens a specific act of violence, whether the patient is being seen in an inpatient or in an outpatient setting.

Another issue which will likely get more attention in the near future relates to policies regarding abuse deterrent formulations (ADF) for certain prescription drugs.  Steve Pasierb, president of the Partnership for Drug Free Kids, recently said in an op-ed that while “awareness and monitoring are key to keeping kids from abusing medicine and becoming addicted…new solutions are emerging that have the potential to help stop addiction before it starts.”

ADF are medications that help patients manage pain, but have properties that make them more difficult to alter, in order to gain an illicit high. Pharmaceutical companies are applying this new technology to more and more medications, meaning that those who need pain medication will continue to have access to it, while the manufacturers of the medicines taking an important step to reduce the risk of abuse.

But this new technology is only useful if patients are prescribed medicines with ADF.  That’s where House Bill 538, filed by Rep. Jeff Greer, plans to step in.  This legislation would require insurers to provide and pay for ADF medicines when available.  This is common sense legislation that would help address Kentucky’s long running drug problem.

While the 2015 Legislative Session might have technically been a short session, there is still plenty of opportunity to address issues that are critical to the business of healthcare in Kentucky.  The behavioral health community and healthcare professionals actively working with legislators in Frankfort to make sure that Kentucky continues to move forward as a healthy state, both in physical and mental health.  Significant steps need to be taken to ensure that Kentuckians continue to have access to behavioral health options that will allow Kentucky to thrive.