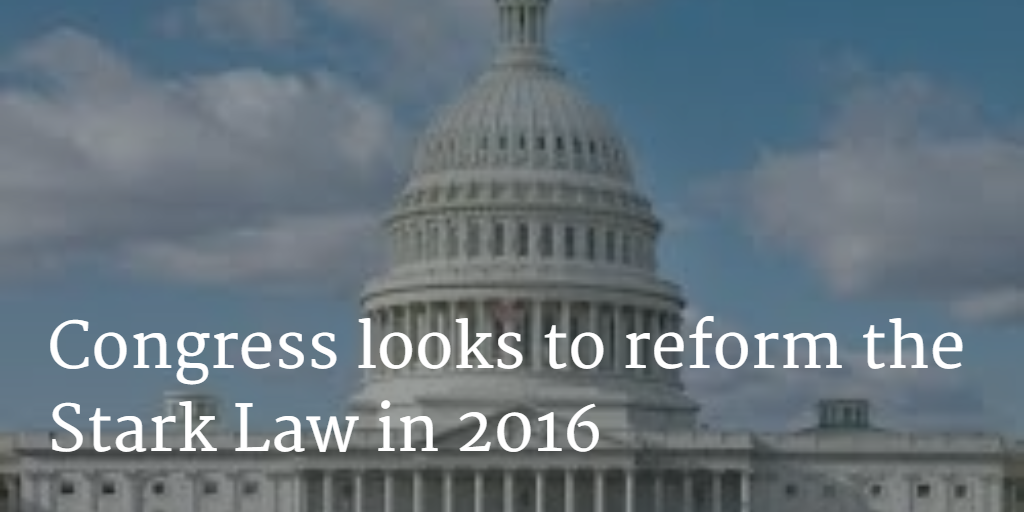 After consulting with the hospital’s attorney, the compliance officer learned the missing signature was a violation of the Medicare physician self-referral law, more commonly known as the Stark Law. She also learned the hospital faced a potential penalty in excess of $2 million.

This and similar scenarios play out countless times each year in hospitals and health systems across the country. While unintentional violations like a missing signature or lapsed contract are generally minor and technical in nature, the Stark Law prohibits a hospital from billing Medicare for any services ordered by a physician that is covered by the arrangement.

In cases where the hospital has already billed Medicare for the physician’s services, the government is entitled to recoup all monies paid during the period of noncompliance. This can result in excessive and disproportionate monetary penalties, even when there has been no overutilization of healthcare service and no harm to the Medicare program.

To address this disparity, the Stark Administrative Simplification Act (H.R. 776) was introduced in the House of Representatives by Rep. Charles Boustany, M.D. (R-LA) and Rep. Ron Kind (D-WI). The bipartisan bill defines “technical noncompliance” with the Stark Law as an unwritten, unsigned or lapsed agreement that is otherwise compliant with federal fraud and abuse law.

The bill also gives CMS 90 days to determine whether a disclosure of technical noncompliance qualifies for a lower penalty using only the criteria set forth in the legislation. If CMS fails to act on a disclosure within 90 days, it would be deemed to be accepted. In order to clear the backlog of over 400 disclosures still waiting for review, the proposal would retroactively apply to any technically noncompliant arrangement that has been disclosed through the SRDP, but not reached settlement, at the time the bill is signed into law.

In response to support for the legislation on Capitol Hill, CMS recently made several regulatory changes to the Stark Law. First, the agency recognized that lapsed agreements that are otherwise compliant cause no risk of harm to the Medicare program and it changed the regulation so that, in most cases, providers no longer have to disclose such an agreement through the SRDP.

CMS also acknowledged that a formal written contract is not necessary to meet the Stark Law’s writing requirement. Instead, a provider can use a set of contemporaneous documents to prove it met this element of the law. Finally, providers now have up to 90 days to obtain the signatures of all parties to an agreement. In those situations where a set of contemporaneous documents is used to meet the writing requirement, at least one document must have a signature.

While these changes are certainly welcome, they fail to achieve the level of predictability and certainty providers need because the statute has not changed. Only Congress can change a statute. CMS has simply changed the regulations.

This means a lapsed agreement is still a Stark Law violation, even though CMS says it causes no harm to the Medicare program and no longer needs to be disclosed through the SRDP. Unless Congress changes the statute, a provider can still be sued in court for technical violations of the Stark Law and the number of whistleblower lawsuits being settled for tens of millions of dollars will continue to grow.

For this reason, it is important that Congress pass H.R. 776. It should also pursue comprehensive Stark Law reform, in general. Lawmakers recently took a step towards such reform when the Senate Finance Committee and House Ways and Means Committee convened a roundtable of outside experts on Capitol Hill to explore areas of the Stark Law that should be changed. The experts will provide written comment to congressional staff that will be used to help draft legislation that would be introduced this year and congressional hearings on Stark Law reform could come as early as this spring.