Protecting patients is a critical component of my work as a physician. But sometimes, we can’t protect them when it comes to the financial fallout of the medical care they require. Far too often, my patients are hit with large medical bills that they don’t expect, especially if they receive emergency treatment from an out-of-network physician or in an out-of-network facility.

When this happens, they can be faced with “surprise bills” that can seriously undermine an individual or family’s finances. It’s up to Congress to take a stand on this issue and protect patients from this unfair and unnecessary practice — while also ensuring access to care.

The best way to do this is through federal legislation that removes patients from the complex payment negotiations that go on between providers and insurance companies, strengthens provider networks, ensures equitable reimbursement for medical providers, and increases transparency so patients know what costs they can expect to carry if they need to see an out-of-network provider. The only proven way to go about addressing the issue of surprise billing—while also adhering to these principles—is through independent dispute resolution (IDR). 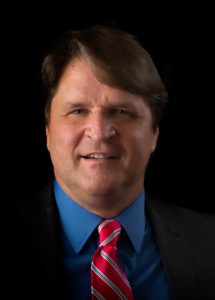 IDR has already been tried on the state level in New York and has amply demonstrated its effectiveness in protecting patients from unforeseen medical bills in an out-of-network context. It is similar to the negotiation methods used in Major League Baseball, but instead of players and teams negotiating, it brings insurers and providers together to hash out billing conflicts and makes each show up with clearly defined positions, all overseen by an impartial “umpire”—in this case, a mediator. IDR encourages good faith and reasonable negotiations, increasing the likelihood of a positive outcome for all parties.

Conversely, legislation introduced by Sen. Lamar Alexander (R-TN), who serves as chairman of the Senate Health, Education, Labor and Pensions (HELP) Committee which has jurisdiction over this issue, would use a form of federal benchmarking, which allows the government to set payment rates. In doing so, this process would limit access to care by reducing provider networks, leading to fewer choices for patients and potentially resulting in access-to-care issues. This will be an especially critical issue for rural residents, who already have widespread problems accessing quality care.

To be as effective as possible, legislation should not only incorporate IDR, it should also use charge-based data to set out-of-network rates, as opposed to relying on median in-network rates. This would encourage insurers to establish network contracts with physicians and foster collaborative, patient-focused relations between negotiating parties. This approach would create a streamlined, efficient, and fair negotiating process that protects provider networks and bolstering access to care (again, especially in rural areas).

Everyone seems to agree this is a problem in need of a broad solution. But just as in medicine, we must make sure the “cure” is not more harmful than the “disease.” The only tried and true method to solve the surprise billing issue is IDR.

I strongly encourage the Kentucky Congressional Delegation and all of Congress to support legislation that removes the patient from out-of-network billing disputes and implements an IDR process that supports access to care and fairness between health plans, providers and patients.

Neal Moser, MD, is as a board-certified pulmonologist in Northern Kentucky and serves as Trustee on the Kentucky Medical Association Board of Trustees.