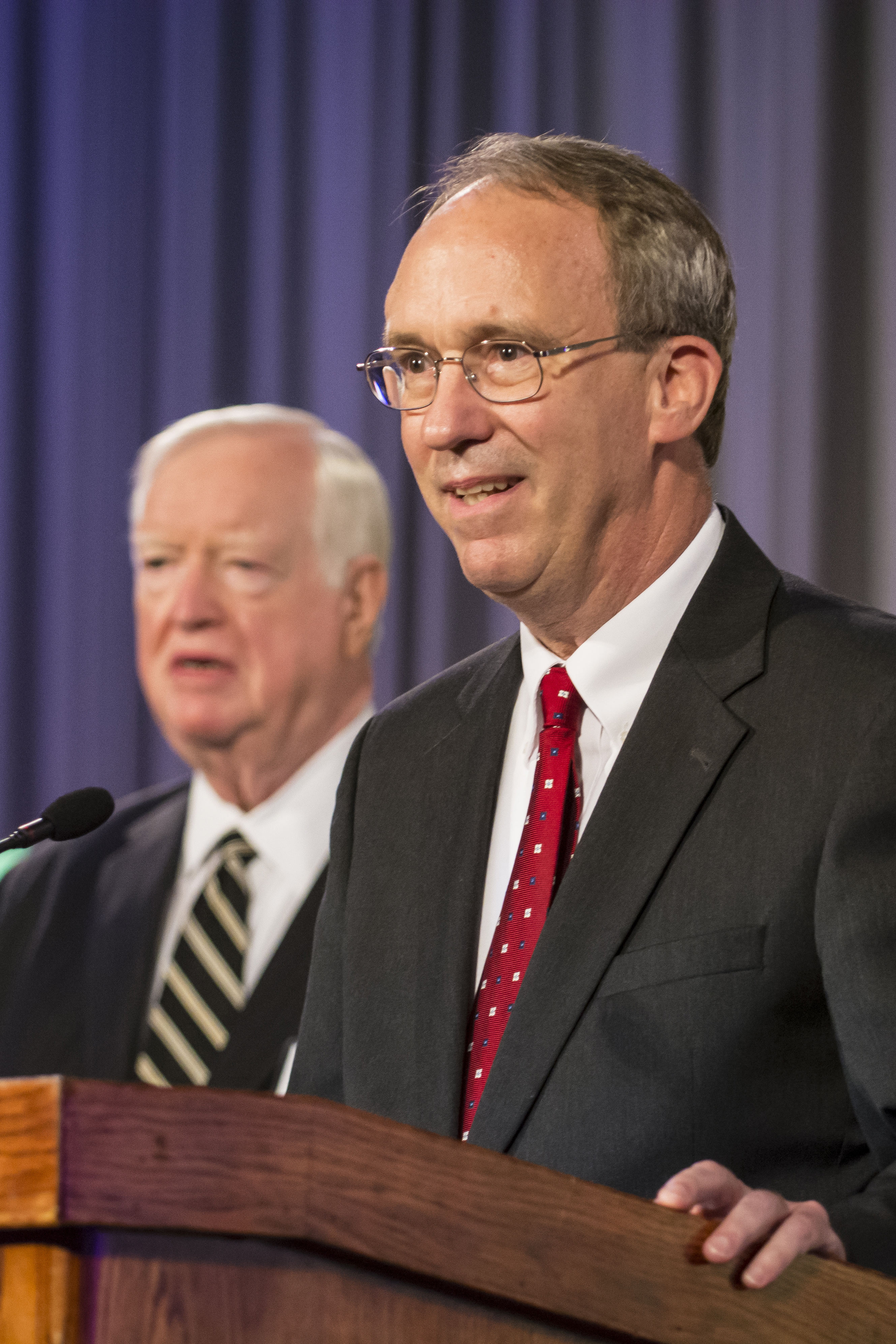 Stites & Harbison, PLLC is pleased to announce that attorney Doug Farnsley was recently inducted as president of the Kentucky Bar Association (KBA).  The induction ceremony was held on June 18 at the KBA Annual Convention in Lexington, Ky.  Farnsley’s one-year term begins July 1, 2015.  He is the fifth Stites & Harbison attorney to serve as president of the KBA’s Board; past presidents include Henry E. McElwain (1942), Oldham Clarke (1954), Ben Fowler (1959) and Ben Kessinger (1975).

Farnsley is a Member (Partner) of Stites & Harbison based in the Louisville, Ky., office.  He focuses on civil trial work, including the defense of product liability claims and professional and hospital liability claims.  He has over 30 years of trial experience, including more than 50 matters successfully tried to verdict.  He has argued before state and federal appeals courts and currently serves on Stites & Harbison’s General Counsel Committee and previously served on its Management Committee.  He has represented the 4th Supreme Court District of Kentucky on the KBA Board of Governors and chaired the KBA’s successful 2013 Convention.

Highly respected among his peers, Farnsley has earned many legal accolades.  He is a Fellow of the American College of Trial Lawyers, the International Academy of Trial Lawyers, and the International Society of Barristers.  He has been named Louisville Area Medical Malpractice lawyer of the Year (2010) and Louisville Area Product Liability Litigation Lawyer of the Year (2011) by Best Lawyers in America®.