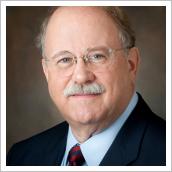 Joseph L. Fink III, professor of pharmacy law and policy in the University of Kentucky College of Pharmacy, has been named the Kentucky Pharmacists Association (KPhA) Professor of Leadership. He will be formally recognized at KPhA’s Annual Meeting on June 14, 2012.

“Dr. Fink embodies the mission of KPhA,” said KPhA President Lewis Wilkerson. “Over his distinguished career, he has continued to promote the profession of pharmacy, enhance the practice standards, and demonstrate the value of pharmacy to countless people across Kentucky, the nation and the world.” Fink, highly respected as a pharmacist, lawyer, and educator within Kentucky and across the nation, is the first UK College of Pharmacy faculty member to be named the KPhA Professor.

“Having been a member of the Kentucky Pharmacists Association for many years, it is, indeed, an honor and privilege to be named to this professorship,” said Fink, who received his professional education in pharmacy at the Philadelphia College of Pharmacy and Science, and holds the degree Doctor of Law from Georgetown University Law Center.

Fink’s participation and leadership within professional associations is extensive. He holds membership in a number of professional organizations in both pharmacy and law, including KPhA, the American Pharmacists Association (APhA) and the American Bar Association. He is a Fellow of APhA and a former Vice Speaker of the House of Delegates of the Association. He chaired the committee for the latest revision of the APhA Code of Ethics for Pharmacists and currently serves the association as its parliamentarian for the House of Delegates, where he mentors others interested in the delegate process.

He was founder and first president of the American Society for Pharmacy Law and, while a pharmacy student, was national president of the Student American Pharmaceutical Association. He has encouraged, advised and mentored countless student leaders over the years while serving as faculty adviser for the APhA Academy of Student Pharmacists (APhA-ASP) organization and the Kentucky Alliance of Pharmacy Students. The Kentucky Pharmacists Association recognized him as “Pharmacist-of-the-Year” in 1988 and in 2002 conferred on him the Distinguished Service Award for significant contributions to the profession over an extended period of time.

In March 2012, he was recognized with the Linwood F. Tice Award by the APhA-ASP for his personal commitment to, and passionate support of student pharmacists throughout his career.

“When you think of pharmacy leadership, you think of Joe Fink,” said Tim Tracy, dean of the UK College of Pharmacy. “Joe has quite literally trained and mentored a generation of pharmacy leaders and continues to impact the next generation of leaders every day here at the UK College of Pharmacy. He is most deserving of this professorship.

“I also applaud the Kentucky Pharmacists Association for their support for the UK College of Pharmacy. The KPhA Professor of Leadership is another example of how they continue to be a great partner for our college.”

Fink’s scholarly works include more than 400 publications in the fields of law pertaining to pharmacy, pharmacists and pharmaceuticals, food and drug law, and health care law. For 26 years he was an editor of Pharmacy Law Digest, the most widely used pharmacy law text and reference in the United States. His teaching includes a pharmacy course focusing on the law applicable to pharmacists, pharmacies, and pharmaceuticals as well as a health law course taught to undergraduate and graduate students in health administration. He currently is pharmacy law editor of Pharmacy Times.