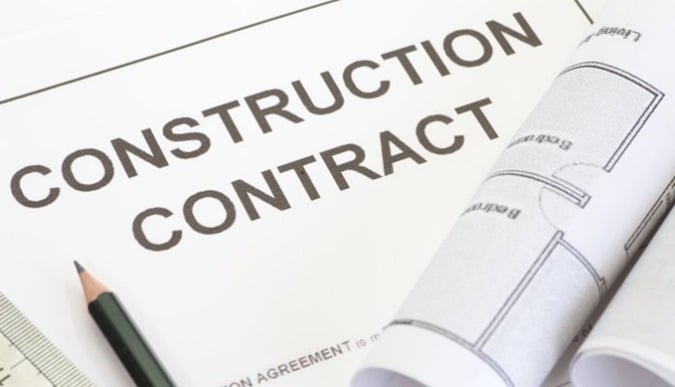 The demand for cutting-edge healthcare facilities, while varied by community, tends to rise or remain consistent despite changes in the economy and the availability of the significant capital necessitated by such projects. This creates a unique challenge in both the medical and construction industries.

There are many common, but often overlooked, terms routinely found in construction contracts. Understanding how each clause operates is critical to protecting your rights and interests on every project, whether you are an owner, a contractor or a subcontractor involved in construction or renovation of a medical facility.

Because courts generally assume that parties to a contract read, understood and agreed to its terms – and will typically enforce them as written – you should consult with an attorney to ensure you understand your contract and that it comports with applicable law.

Sample Incorporation by Reference: “In addition to this Agreement, documents forming this Contract include the exhibits attached hereto and listed below, which are incorporated by reference…”

Construction contracts routinely incorporate additional documents into the agreement, such as general conditions, plans and drawings, which, when incorporated, become part of the agreement and are binding on the parties.

Sample Pay-If-Paid Language: “Receipt of payment by Contractor from Owner for Subcontractor’s work is a condition precedent to payment from Contractor to Subcontractor.”

Sample Pay-When-Paid Language: “Payment to the Subcontractor for satisfactory performance of the Work shall be made seven days after receipt by Contractor of payment from Owner for Subcontractor’s work.”

While payment terms are important in any construction agreement, those included in subcontract agreements can have significant impacts on the contractor’s obligation to pay and the subcontractor’s right to payment.

While they seem similar, the difference in how each clause is interpreted is significant in healthcare facility projects. In many states, “pay-if-paid” clauses are enforceable. When enforced, the clause shifts the risk of owner’s nonpayment to the subcontractor and, in the event of owner’s nonpayment, the contractor is not obligated to pay the subcontractor for its work. These clauses are highly advantageous to general contractors, particularly on projects of the size and scale associated with hospital and other medical campus construction projects.

On the other hand, “pay-when-paid” clauses are interpreted as requiring payment to a subcontractor within a reasonable time and will not completely shield the contractor in the event of the owner’s nonpayment.

Sample No Damages for Delay: “If Contractor is delayed in performing the Work by any cause, regardless of whether the delay is caused by Owner or an event beyond Contractor’s control, Contractor’s sole and exclusive remedy shall be an extension of time.”

Delays are common in the construction of medical facilities, whether due to weather, the need for specialized, highly skilled subcontractors and tradesmen, or the discovery of unexpected, but necessary, upgrades due to ever-changing medical technology.

Owners and general contractors may seek to insulate themselves from the ramifications of such delays by utilizing no damages for delay clauses, which limit a contractor or subcontractor’s remedy for delay to an extension of time and prohibit it from seeking monetary damages, even if the delay is caused by the other party to the contract.

Including a “no damages for delay” clause in an agreement could force the contractor to absorb all costs (including extended general conditions, overhead, etc.) of the delay, regardless of the cause of the delay. While some jurisdictions prohibit or limit the applicability of these clauses – viewing them as violating the contractor’s right to recover damages due to it – many jurisdictions permit and enforce them.

Sample Liquidated Damages: “Time is of the essence. Contractor’s failure to complete the Work within the Contract Time will cause Owner to incur substantial damages which are difficult to ascertain. The parties agree liquidated damages represent a fair, reasonable, and appropriate estimate of the losses Owner will incur if completion is delayed…”

Healthcare construction often demands an accelerated timeline for completion. Liquidated damages provisions permit an owner to recover against the contractor, or a contractor against lower-tiered subcontractors, for losses incurred due to delays, providing insurance to the party who will suffer if the project is delayed.

Liquidated damages are a predetermined (typically per day) amount, reflecting a reasonable pre-estimate of damages the non-breaching party anticipates it will suffer as a result of delay.

Sample Waiver of Consequential Damages: “Contractor and Owner hereby waive all claims for consequential damages arising out of this Agreement, including but not limited to: overhead or principal office expenses, lost profits…”

Consequential damages are generally understood as indirect or unanticipated damages suffered by a party as a result of the other party’s breach, and parties often fear that permitting their recovery may open the door to exorbitant (and potentially uninsurable) claims.

As a result, many healthcare facilities construction contracts include a mutual waiver of consequential damages, meaning the parties waive the right to recover these additional indirect damages from one another for breaches of the contract.

Waivers of consequential damages can preclude recovery of damages stemming from any number of breaches. Contractors who wish to insulate themselves from liability for unanticipated owner losses should insist on inclusion of such a waiver.

Sample Waiver of Subrogation: “Owner and Contractor waive all rights against each other for damages or other causes of loss, to the extent those losses are covered by property insurance…”

Another common, and often overlooked, provision is the mutual waiver of subrogation, under which the parties waive the rights of their own insurers to seek repayment for losses covered by insurance, but which losses are not due to the fault of the insured.

Waivers of subrogation may relate only to specific types of coverage or broadly waive all subrogation rights. Typically, insurance carriers will not object to pre-loss waivers of subrogation, but it is important that parties to a healthcare construction contract confirm with your carrier before agreeing to such terms.

Sample Notice Provision: “Prior to litigation, a party asserting a claim shall provide notice of said claim to the other party in writing no later than 20 days after the event giving rise to the claim.”

Contracts routinely specify the procedure by which a party must provide notice of claims, default, and/or termination. Failure to comply with notice procedures can affect, or even preclude, the non-breaching party’s right to recover against the breaching party.

To ensure notice is effective, it is imperative to follow the exact procedure (including the method of service and timing requirements) dictated by the agreement.

While many contracts contemplate email communication, many require notices of claims, termination, etc. to be served via certified mail or courier providing proof of delivery.