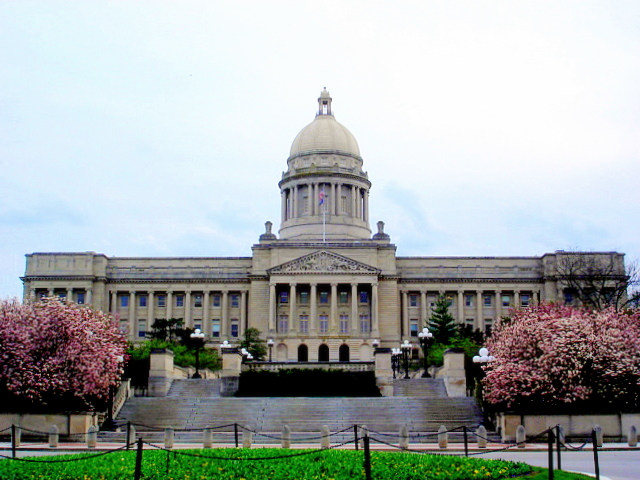 After a brief delay, the primary elections are official and we can move our attention to the upcoming general elections in November.  While we can feel a bit of relief from the campaign commercials, the next several months are important as the candidates present their vision for the future of Kentucky.  Healthcare will clearly be an important topic and one that we should all pay close attention to.

Future issues of this paper will take a closer look at the specific candidate platforms for Kentucky’s constitutional offices, but this issue will take a look at some of the general issues that should be important to the healthcare business community.

The top issue for the Governor’s race will be the future of the Affordable Care Act and KYNECT.  More specifically, the issue will rest on each candidate’s belief that Kentucky should continue to offer health benefits to the expanded Medicaid population.  This will have wide implications not only on the people who have coverage through expanded Medicaid, but also on the many providers who accept Medicaid patients.  Kentucky will be asked to cast a ballot on their belief that expanded Medicaid provides a financial benefit to Kentucky providers or whether it will be a drain on Kentucky’s budget.

Another issue that will be discussed widely is Kentucky’s drug abuse epidemic.  While the General Assembly took significant steps this year to curb the heroin problem, Kentucky still suffers from the scourge of drug addiction.  The provider community is being asked to play a larger and larger role in addressing this problem and should be an active participant in helping to find a solution.  Expect the candidates to actively debate how resources are spent; either on punishment or treatment.

An issue that doesn’t typically receive a lot of press, but is critical for the long-term viability of healthcare businesses is some sort of liability reform in Kentucky.  Providing healthcare professionals with relief from frivolous lawsuits will help ensure that healthcare dollars are used to provide care for Kentuckians as opposed to insurance settlements.  Expect the candidates to support typical party lines, with the Republican Party in support of some sort of tort reform and the Democratic Party in support of no changes.

In the race for Attorney General, much debate will surround the drug epidemic mentioned above.  As Kentucky’s head law enforcement agent, the candidates will want to establish themselves as tough on crime and aggressive agents to crack down on criminals.  Another important issue in the Attorney General race is domestic violence, both for women and children.  While both candidates will agree that domestic violence needs to be prevented, they will offer differing opinions on how far the law should go to protect victims (and potential victims) of domestic violence.

Finally, the Auditor’s race will provide Kentuckians the opportunity to endorse Adam Edelen to continue his tenure as auditor.  This race became more significant to Kentucky’s healthcare community after the recent release of the audit of Medicaid managed care and Kentucky’s rural hospitals.  Each candidate will debate the impact of expanded Medicaid and the Affordable Care Act on Kentucky’s healthcare community and they will tout their belief in how to best ensure that Kentucky’s public funds are spent wisely.  In addition, this office is responsible for monitoring many of Kentucky’s largest organizations, many of which play a significant role in Kentucky’s overall healthcare economy.  The candidates will be positions themselves as the best person to watch Kentucky’s purse strings.