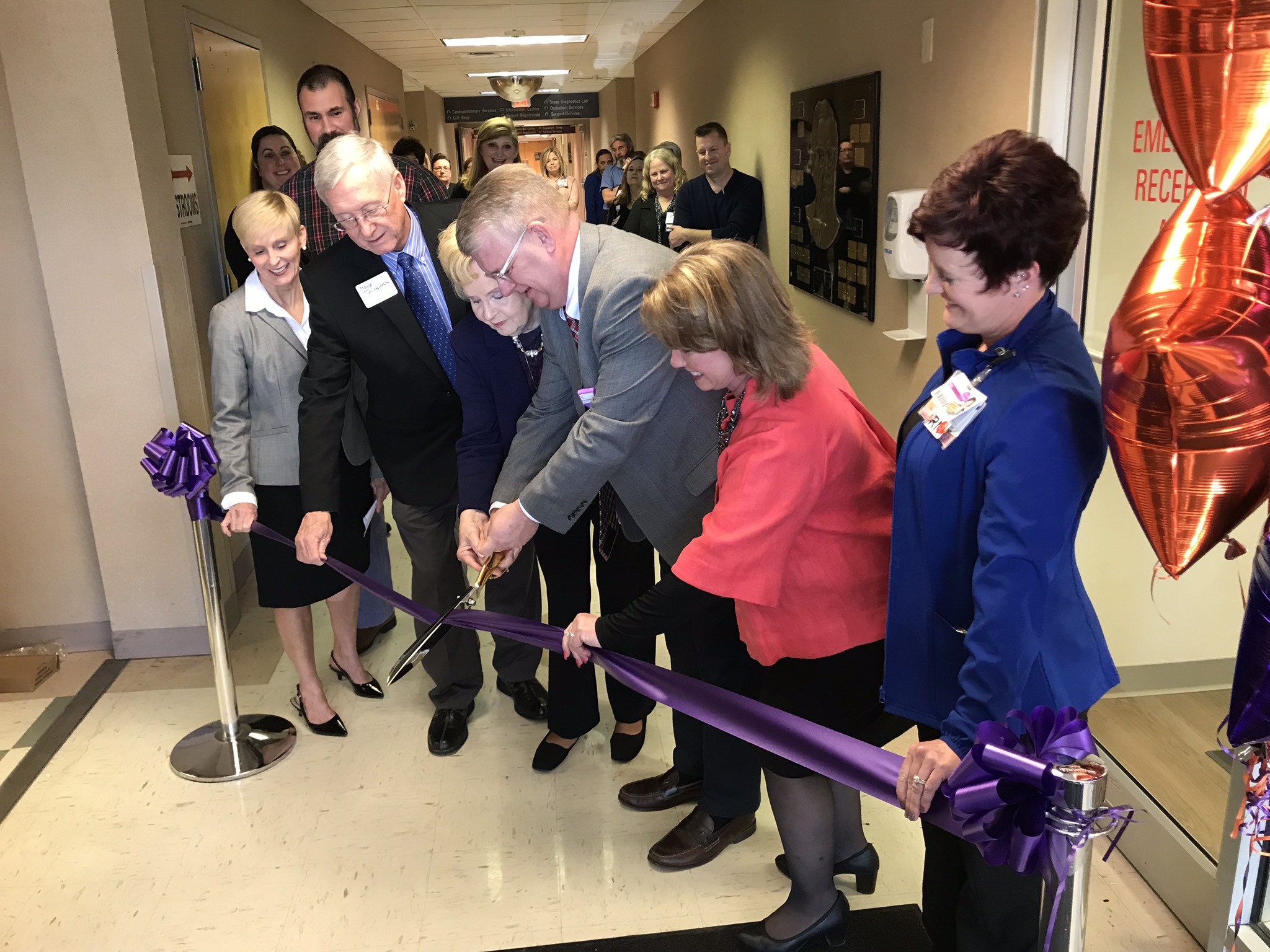 “This investment to improve the emergency department at Jewish Hospital Shelbyville will benefit patients in several counties, by enhancing the quality and speed of emergency care,” said Leslie Smart, president, St. Mary’s Foundation, part of KentuckyOne Health. “This is an exciting milestone for the hospital, which will help improve its capacity to meet the ever-growing demand for medical services.”

More than 90 percent of the patients that Jewish Hospital Shelbyville serves enter through the emergency room. The emergency department redesign helps creates a more effective and patient-friendly registration area, and allows for expanded and improved patient access areas. The renovations began in early October and were completed at the end of December.

“This project was personal for us, as Jewish Hospital Shelbyville was, without a doubt, Colonel Sanders’ first hospital choice,” said Shirley Topmiller, a director of the Colonel Harland Sanders Foundation. “We are thrilled to fund this critical emergency room enhancement to help others in the Shelbyville community, where the Colonel once lived.”