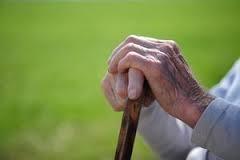 The Kentucky Department for Community Based Services (DCBS) will launch a new web-based registry that will allow vulnerable adult service providers and individuals, pursuant to Kentucky Revised Statute (KRS) 209.032, to query the Cabinet for Health and Family Services (Cabinet) as to whether a validated substantiated finding of adult abuse, neglect, or exploitation has been entered against an individual who is a prospective employee, volunteer of the provider, or an individual seeking employment in a direct caregiving role in a private setting.

The online Kentucky Caregiver Misconduct Registry will be a free-of-charge, secure, and convenient tool for vulnerable adult service providers and private home-based employers that will enhance current background check processes to screen out prospective caregivers who have been identified as a perpetrator of a validated, substantiated finding of abuse, neglect, or exploitation occurring on July 15, 2014 and thereafter.  Queries may be made 24 hours a day, 365 days a year, and search results will be immediate and conform to the applicable confidentiality laws governing KRS Chapter 209.

The placement of a perpetrator’s name on the registry will not occur until some months after the effective date of the law as a result of the law’s due process/appeal requirements; thus the web-based registry will not be available for queries until late summer 2014.

Queries will be based on an individual’s Social Security number.  A paper-based query process will also be available for individuals’ self-queries to ensure free-of-charge access to the registry for those who do not have access to the internet.

The registry will include employees or individuals who were caring for a vulnerable adult with the expectation of compensation that have a validated, substantiated finding of abuse, neglect, or exploitation entered against them.

The registry will not include self-neglect, spouse/partner abuse, or vulnerable adult maltreatment that is perpetrated by non-compensated caregivers.

If the Cabinet makes a substantiation against an individual as a result of an investigation, before a perpetrator’s name is added to the registry:  (1) The perpetrator will be afforded an administrative hearing in accordance with KRS Chapter 13B and KRS 209.032; (2) A final order will be entered upholding the substantiation; and (3) The alleged perpetrator will also be allowed time to petition Circuit Court for review of the final order.

If a Cabinet substantiation is not upheld through the due process rigors of KRS 209.032, then the perpetrator’s name will not appear on the registry.

Validated, substantiated findings of adult abuse, neglect, or exploitation will be removed from the Caregiver Misconduct Registry: (1) if an error resolution is requested and confirmed to exist in the Cabinet’s records; or (2) after seven years has passed unless the finding pertains to a fatality or near-fatality, criminal conviction, or civil judicial determination.