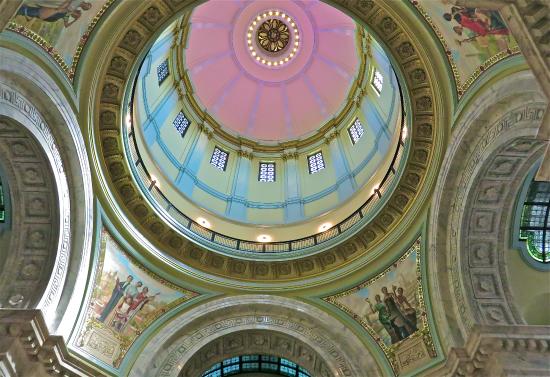 As the state’s elected officials begin the 2021 legislative session, Kentucky’s hospitals are continuing the battle against the COVID-19 pandemic. The Kentucky Hospital Association (KHA) is proud to represent the frontline heroes who have risked their lives to serve the people of the commonwealth during this unprecedented time.

As the Hippocratic Oath calls upon physicians to help and not harm their patients, KHA calls on the General Assembly to be particularly mindful of the key role hospitals play both in healing the sick and acting as economic engines in their communities. During an ongoing pandemic, hospitals and frontline healthcare professionals need protection so they can continue to serve the people of the commonwealth. Thus, the 2021 KHA legislative platform can be summed up in four words: First, Do No Harm.

The response to COVID-19 has placed severe financial strain on Kentucky’s hospitals. With many hospitals already facing financial challenges, the shutdown of elective procedures, which are medically necessary but could be safely postponed for a brief period, caused severe economic losses to hospitals. The increased usage and cost of personal protective equipment, the need to reconfigure hospital space and the requirement to maintain reserve capacity all added to the strain in a significant manner. Hospital losses through the end of 2020 amounted to an estimated $2.6 billion. Despite some aid from the federal government, approximately 60 percent of the losses are not covered.

KHA is not requesting funding from the state, but opposes any cuts to payment programs, tax increases or mandates that would further strain the commonwealth’s already heavily burdened hospitals.

Hospitals cannot withstand cuts to Medicaid or tax increases and continue to keep their doors open. Cuts to payment programs, tax increases or other mandates are likely to endanger patient access and result in the closing of hospitals, especially in rural areas.

Additionally, in 2021, Kentucky’s hospitals are asking for the retention of the Certificate of Need (CON) program. CON serves a valuable function, allowing hospitals to safely invest in expensive facilities and equipment needed to treat patients. It plays a critical role in supporting a level playing field among providers and is particularly important to those serving vulnerable communities.

Kentucky outperforms non-CON states by several measures. The state’s hospitals’ prices and costs are the sixth lowest in the nation and they compare favorably to neighboring states. According to various studies, Kentucky ranks better than non-CON states in providing access to care, plus total per capita healthcare costs are less than the national average including non-CON states like Ohio, Indiana and Pennsylvania.

Hospitals treat the state’s most vulnerable populations, and a level playing field is especially essential during the current crisis.

Finally, KHA and Kentucky hospitals continue to support medical liability reform. The reforms in last year’s Senate Bill 150 in response to COVID-19 were an important step in the right direction. However, hospitals and other providers still need protection from predatory lawsuits based on the nearly constantly changing standards of care associated with this novel virus. The lack of such protection will force already financially stressed hospitals into an even more difficult position at a time in which they are facing billions of dollars in losses.

Community support for hospitals and healthcare professionals during the pandemic is appreciated by everyone who is caring for the citizens of Kentucky, and KHA urges the Kentucky General Assembly to protect these frontline facilities so they can continue to provide quality care throughout the commonwealth.

-Nancy Galvagni is President and CEO of the Kentucky Hospital Association.