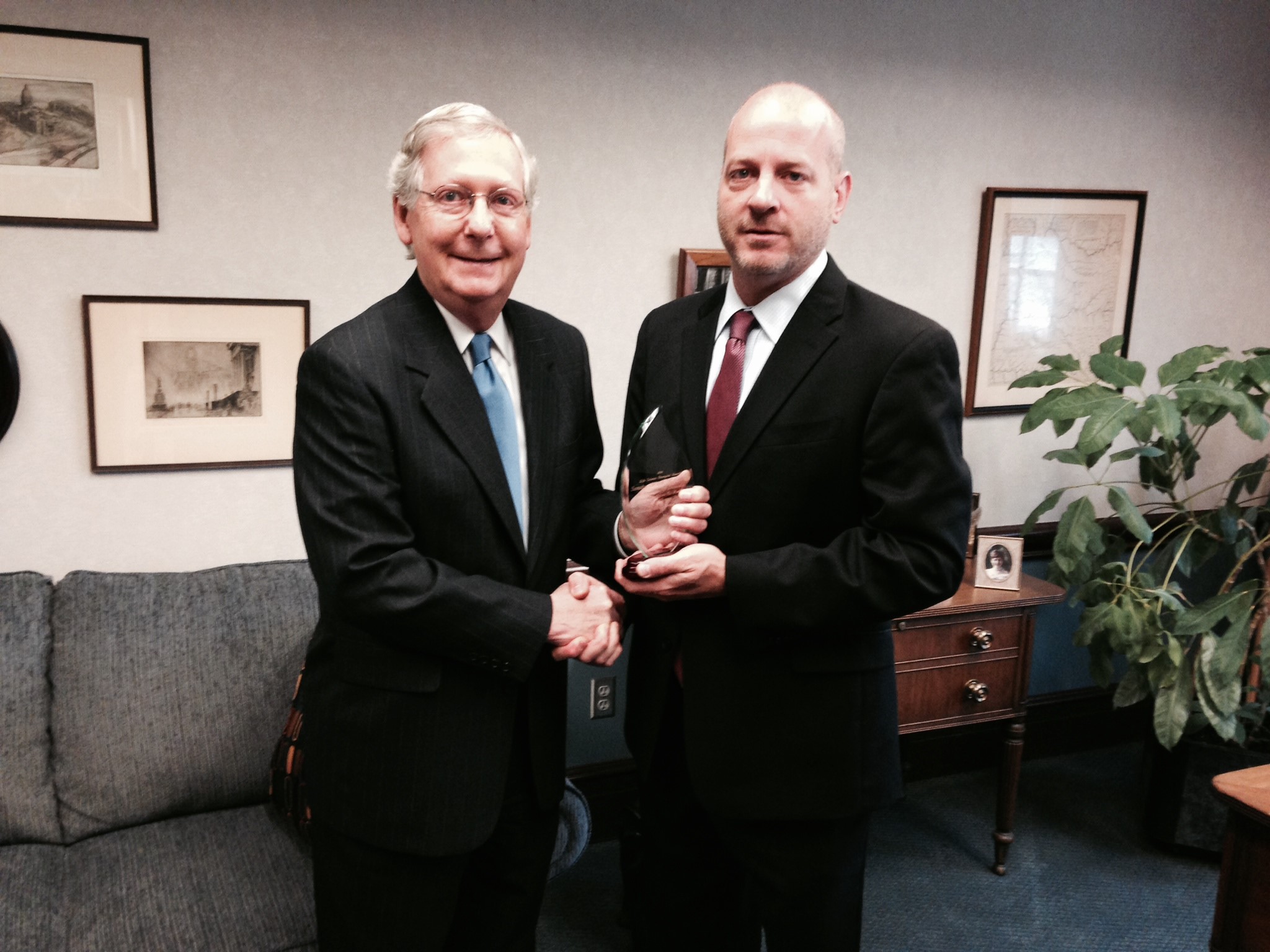 The Kentucky Life Sciences Council (KLSC) announced the recipient of its inaugural Kentucky Life Science Champion Awards.  Sen. Mitch McConnell, R-KY is being honored for  his  steadfast  leadership  in  promoting  innovation  in  the  life  science  sector  and  for  protecting  and strengthening Kentucky seniors’ access to the popular Medicare Part D prescription drug program.

“Senator McConnell exemplifies leadership by advancing policies that foster innovation in the life sciences industry and promote critical research and jobs right here in Kentucky,” said Dr. Kyle Keeney, Executive Director of the KLSC.  “He has also taken the next step by supporting programs like Medicare Part D to ensure those lifesaving innovations in medicine reach the people who need them most.”

The KLSC Life Science Champion Awards were established to recognize outstanding Kentucky leaders while bringing attention to the worthy causes they support.   Each year, the KLSC Board of Directors will award several such awards to individuals who champion the life sciences industry in Kentucky, improve access to life changing health care innovations, and support the Commonwealth’s entrepreneurial community.

Sen.  McConnell  has  demonstrated  a  long  history  of  support  for  life  science  innovation  taking  place  at Kentucky’s research universities.  He was also recently instrumental in passing the Gabriella Miller Kids First Research Act, which directs millions of dollars in funding to the National Institutes of Health for research on pediatric cancer, autism and other diseases.

Since Part D program was implemented in 2006, America’s seniors have enjoyed access to great coverage at an affordable cost. And most importantly, the seniors on Part D overwhelmingly support the program. In fact, a nationwide survey released on July 30, 2014 by Medicare Today (attached) confirmed overwhelming support of the program, with 86% of seniors saying they are satisfied with their plans and similar numbers noting the program’s affordability.  The program has also consistently come in under projected budgets and the improved adherence to prescription medications has resulted in even more savings through reduced spending for beneficiaries.