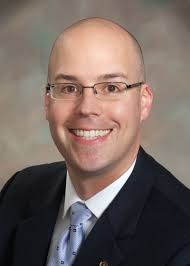 Steven J. Stack, M.D., an emergency physician practicing in Lexington, Ky., was named president-elect of the American Medical Association (AMA), the nation’s largest and most influential physician organization. Following a year-long term as president-elect, Dr. Stack will assume the office of AMA president in June 2015. At that time he will be age 43 and the youngest AMA president in the last 100 years.

“It is a deep honor and privilege to be named president-elect of an organization that is committed to serving as a strong physician voice and a dedicated patient advocate on the pressing health care issues confronting our nation,” said Dr. Stack. “With vision and perseverance, I look forward to creating a brighter future for patients and the medical profession.”

Elected to the AMA Board of Trustees in 2006, he was the first board-certified emergency physician to serve as an AMA board member. During the last eight years, Dr. Stack has served in many leadership positions, including AMA board chair and AMA secretary. Prior to his service on the AMA board, he held a distinguished record as an elected leader within numerous state, national and specialty medical associations.