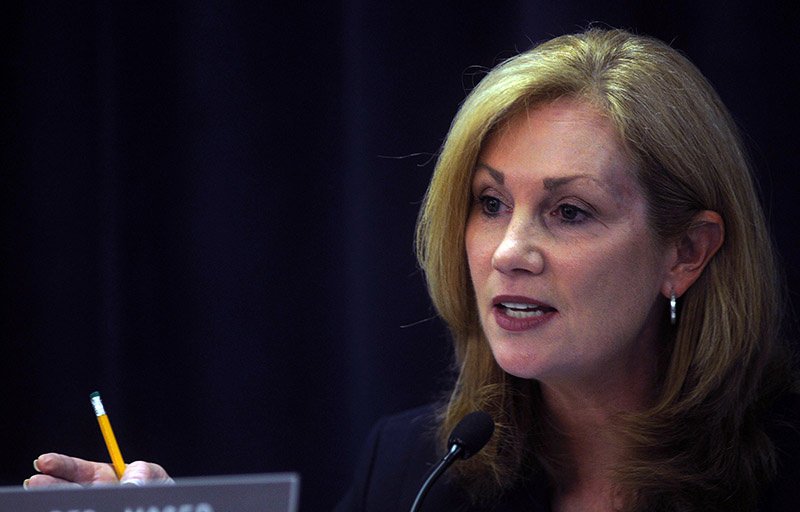 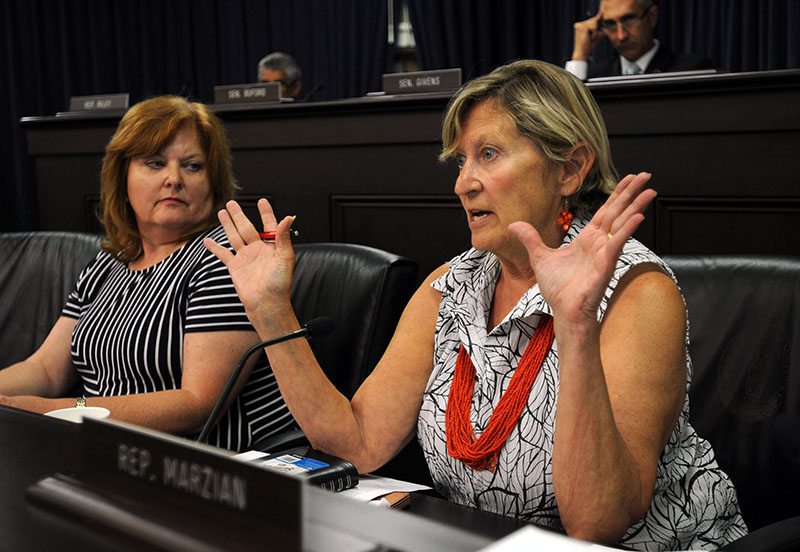 At one Kentucky hospital, people are bringing in their own heroin and shooting up with patients.

That’s one example of the “very desperate situation” the opioid-abuse crisis has created, Kentucky Chamber of Commerce President Dave Adkisson said while testifying before a panel of state legislators in the Capitol Annex.

He was among more than 25 people from across the country who testified about the best policies to attack the crisis at a rare six-hour meeting of both the Interim Joint Committee on Health and Welfare and Family Services, and the Medicaid Oversight and Advisory Committee.

“Today is a snapshot,” meeting co-chair Rep. Addia Wuchner, R-Florence, said of the topics on the agenda that included prevention, treatment and criminal justice issues.

Co-chair Rep. Kimberly Poore Moser, R-Taylor Mill, said the point of combining the two committees’ meetings was to show the complexity of the opioid-abuse crisis and need for a coordinated, long-term strategy to tackle it.

“We know that everything we have heard about the opioid use disorder problem, heroin problem, is real to many families and our communities,” she said, “and it cuts across all demographics. It touches everyone. We know it doesn’t matter where you live. Addiction doesn’t care how smart you are, where you went to school or how much money you make.”

Office of Drug Control Policy executive director Van Ingram testified that 1,404 Kentuckians died of a drug overdose last year. He said the introduction of the synthetic opiate fentanyl into the heroin supply was largely driving the death rate. In addition, fentanyl has been present in 53 percent of the drug overdoses recorded in Kentucky so far, this year.

He said the Kentucky General Assembly passed many measures in the last five or six years to address opioid abuse, but it takes time for the full impact of those laws to be seen.

“People do get better,” Ingram said. “People do recover, although for those people on the front lines, it doesn’t seem that way.”

“This whole problem is the overexposure of opioids to our country and state,” Ingram said. “We are reducing that overexposure.”

Ingram said the passage of House Bill 333 earlier this year would further drive down the number of opioids prescribed. It prevents doctors from prescribing more than a three-day supply of opioid painkillers, with some exceptions allowed. It also increased penalties for trafficking in opioids and authorized the state Office of the Inspector General to investigate trends in drug usage and trafficking.

Rep. Danny Bentley, R-Russell, asked what percent of people with substance abuse disorder have a behavioral health disorder, outside of the drug issue.

“Well over half of the people,” Liu said.

Adkisson, meanwhile, said the impact of the opioid crisis on Kentucky’s health was staggering.

“Less obvious, however, is the toll that is taken on the state’s economic growth and development,” he said. “In Kentucky, the opioid crisis has contributed to a low workforce-participation rate.

“At a time when job openings and investment in Kentucky are reaching record highs, we must provide the healthy productive workforce needed to grow the economy.”

Rep. Mary Lou Marzian, D-Louisville, asked how the state could fund the mental health, treatment and prevention programs needed after the governor recently proposed cuts of 17 percent for most state agencies in the current fiscal year to make up for an expected budget shortfall.

“The good news … is that resources are coming,” he said. “That is something I don’t often say. We have received funding from the legislature, the governor’s budget and we have received a significant number of grants.”

Kentucky was recently awarded a $10.5 million federal grant to help on programs for opioid overdose victims, pregnant and parenting women, individuals re-entering society upon release from criminal justice settings and adolescents and young adults at risk of addiction.

“Now, what is very critical, is that we use those dollars, and guide those dollars to the most effective evidence-based intervention,” Brenzel said.

“Opioid addiction is a ravenous beast because its increasing tolerance requires individuals to take higher doses to stave off withdrawal and addiction spiral can happen quickly,” she said. “It fractures families, lives, communities and futures. It fills our headlines daily. It fills our courtrooms, our jails, our hospital ERs, our NICUs (neonatal intensive care unit). It fills our court dockets, and it fills our morgues.

Kentucky Opioid Response Effort (KORE), which is being funded with $10.5 million in federal dollars, is a comprehensive targeted response to Kentucky’s opioid crisis by expanding access to a full continuum of high quality, evidence-based opioid prevention, treatment, recovery, and harm reduction services and supports in high-risk geographic regions of the state. KORE has three primary targets:

More on this in the education issue coming in November.