This month the Bureau of Labor Statistics reported that 7.9 million Americans are unemployed, while at the same time 5.4 million jobs remain unfilled in America. This crisis exists because employers demand “job ready” employees and prospective employees are simply not able to bridge the skills gap without appropriate education and training.

Association of Private Sector Colleges and Universities’ (APSCU) second look at the shortage of skills in the U.S. turns to one of the fastest growing sectors of the American economy: healthcare. The Bureau of Labor Statistics projects healthcare and healthcare support occupations are projected to be the two fastest growing occupational between now and 2024, with a combined increase of 2.3 million in employment, representing about one in four new j 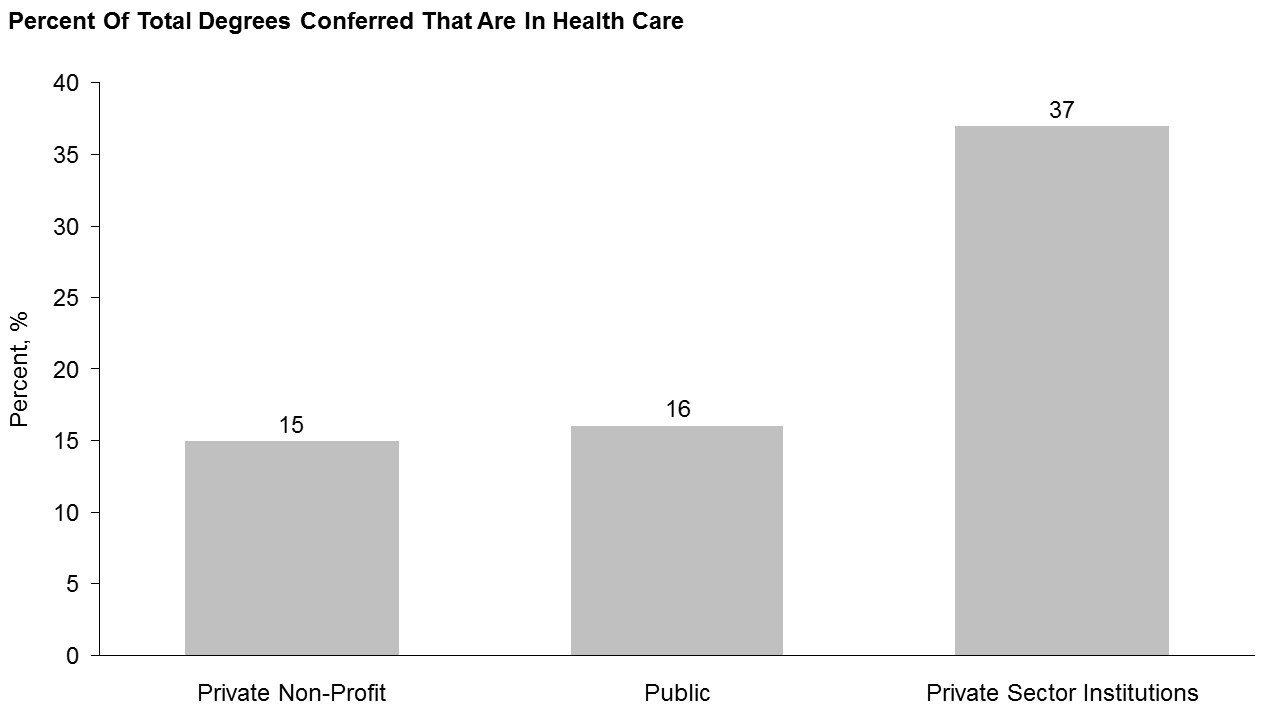 However, employers are facing difficulties as they seek to fill the rising number of middle-skill healthcare positions, such as Medical Assistants, Licensed Practical and Licensed Vocational Nurses. As the demand for care increases with America’s aging population, this problem will only get worse. The Bureau of Labor Statistics projects a 23 percent growth in jobs for healthcare support occupations and a 16.4 percent growth in healthcare practitioners and technical occupations between 2014 and 2024.

The U.S. must be prepared to meet this growing demand with trained middle-skilled professionals. Private sector institutions play a vital role in preparing America’s workforce to rise to the challenge.

In 2015, JP Morgan Chase & Co. published a study that considered the skills gap in nine major U.S. cities. According to the study, “more than 50 percent of global CEOs are concerned that a key skills gap could limit their growth prospects… Helping people develop the skills they need to compete for today’s jobs can transform lives and strengthen economies.”

The study also found that there were nearly 146,000 unfilled middle-skill jobs in the healthcare sector in seven of the nine cities examined. Because of their emphasis on skills-based education, private sector institutions will be a crucial part of the solution to closing the gap.