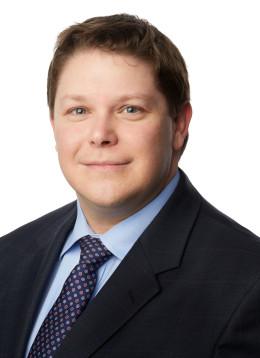 Last year, the Richmond Register reported that the lives of two Madison County students who had experienced life-threatening allergic reactions at school were saved due to their school’s decision to keep epinephrine auto-injectors on campus. The school’s district health services manager stated that, according to a physician,“if it (EpiPen) had not been there, she (the student) would not have made it.” That’s because the medication in these epinephrine auto-injectors can help reverse the symptoms of an anaphylactic reaction if administered immediately. In these precious moments, having epinephrine nearby and readily available can be the difference between life and death.

The lives in Madison County, and likely others throughout the state, have been saved due to effective policy enacted during the 2013 General Assembly that expanded access to epinephrine auto-injectors. This common sense legislation—a response to the growing number of food allergies in our country—allows schools to get a prescription for the medication and implements Good Samaritan protections for those who administer it.

Fortunately, an amendment to House Bill 248 would make epinephrine auto-injectors additionally available at a variety of public places where exposure to allergens could pose a risk to those with allergies. Those public spaces include daycares, scout troops, sports stadiums, colleges, universities, restaurants and other businesses.

The language in this amendment, House Bill 248, would allow these entities to properly protect their employees and patrons by stocking epinephrine auto-injectors in multiple locations on site. The bill would permit stocking and administration of the medication while also offering protections for those who administer the medication in an emergency.

Anaphylaxis is a severe allergic reaction that can be brought on by foods, medications, materials like latex, or even insect bites/stings. Symptoms may initially be mild such as itching or a rash but can then rapidly progress to throat closure, difficulty breathing, or worse. It is unpredictable when these allergic reactions will occur. Fortunately, administering an epinephrine auto-injector can help slow down or reverse the reaction.

Because anaphylaxis is unpredictable and people often don’t even realize they possess a severe allergy, they are often not prepared to act when the allergic reaction suddenly begins. By providing access to epinephrine auto-injectors in public places, Kentuckians will prevent lives being lost due to anaphylaxis.

The amendment to HB248 would simply give public businesses the option to arm themselves with this critical medication as well as protect them should they act in an emergency. The bill would not make carrying epinephrine auto-injectors mandatory, nor would it cost taxpayers a dime.

West Virginia passed similar legislation just last week and other states either have or are considering doing the same. Kentucky should follow suit. I urge the Kentucky General Assembly to pass this common sense legislation before their session ends later this month. Let’s know that, as a state, we did all we could to save lives from being lost due to allergies.

J. Wesley “Wes” Sublett, M.D., MPH, of Louisville, is a physician with Family Allergy and Asthma. He is a graduate of Transylvania University (BA), St. Louis University (MPH) and the University of Louisville School of Medicine.