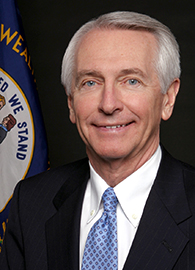 Stites & Harbison, PLLC would like to congratulate Member Steve Beshear for the significant honor given to the Commonwealth of Kentucky for its economic performance during his last year as governor.

Site Selection magazine recently awarded Kentucky its coveted Governor’s Cup for the second year in a row.  The honor recognizes that Kentucky attracted more large-scale business development in the year 2015 than every other state, when measured on a per capita basis.

“It’s nice to be No. 1,” former Gov. Beshear said. “It’s even nicer when it happens two years in a row.  And it’s even nicer yet when your second year performance improves on your first year.”

Site Selection defines “qualifying projects” as those that meet one or more of these criteria for inclusion in the Conway Projects Database: a minimum capital investment of $1 million, 20 or more new jobs created, and 20,000 or more square feet of new space.  In 2014, Kentucky attracted 258 facilities.  In 2015, it attracted 285, according to the magazine.  Both numbers were the best in the nation measured per capita.

The awards were indicative of the pro-business attitude Beshear brought to the Governor’s office during his two terms, from 2007 to 2015, and the pro-business climate that exists in Kentucky.

As Governor, he successfully brought Kentucky through the historic recession by making Kentucky a leader in job creation.  Under his leadership, Kentucky’s unemployment rate dropped from 10.7% to 4.9% and the state set export records four years in a row.  In all, Beshear’s administration announced almost 2,300 new and expansion projects that created $19.3 billion in investment and more than 87,000 jobs.

“We worked hard to turn Kentucky’s economy around and leave the state in better condition than we found it,” Beshear said.  “It’s rewarding that independent organizations like the Site Selection recognize our considerable momentum.”

Beshear first joined Stites & Harbison in 1987 and supervised the firm’s Lexington office until beginning his first term as Governor in 2007.

Site Selection’s article about Kentucky’s award can be found here.