Although many rural residents who previously were uninsured now have health insurance thanks to the Affordable Care Act, a shortage of physicians in many rural communities means it still can be difficult for rural residents to obtain healthcare. 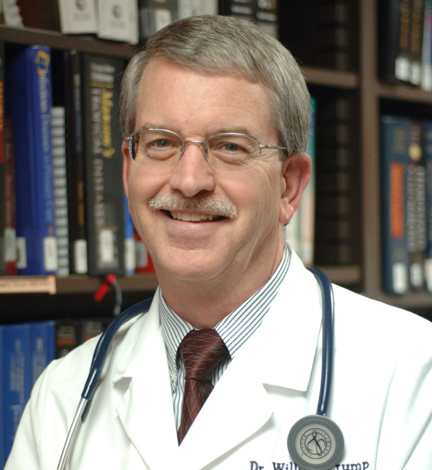 The University of Louisville School of Medicine has been working to increase the number of physicians in rural communities by training doctors at Trover Campus at Baptist Health Madisonville for 17 years. William J. Crump, M.D., associate dean for the Trover Campus, and his colleagues at UofL have assembled data to demonstrate that their efforts are paying off. The physicians who spent the last two years of medical school at the rural location are much more likely to ultimately practice in a rural setting.

In a study published online last week in The Journal of Rural Health, Crump reveals that 45 percent of the physicians who completed medical school at the rural campus now practice in rural areas, compared with only 7 percent of graduates who remained on the urban campus. The authors examined data for 1,120 physicians who graduated from the UofL School of Medicine between 2001 and 2008, including those who completed training at the traditional urban campus as well as Trover Campus. They used statistical methods to control for the percentage of graduates who had rural upbringing and chose family medicine, factors that previously were shown to predispose a physician to rural practice, and were able to demonstrate the rural campus itself added to the likelihood a physician would choose a rural practice.

“We were able to show that the investment of resources in our campus over the past 17 years has made a real difference for our Commonwealth,” Crump said. “There are almost 20 other such small campuses that have been established recently around the country. It will be another 10 to 15 years before they are able to prove the outcomes that we have, but we are confident that they will find the same thing. Not only will physicians be placed into small towns, but the small towns that host these rural regional campuses will benefit greatly from the financial investment by the parent campus as well as potentially recruiting their graduates to make their own medical care better.”

Almost two-thirds of Kentucky’s counties are considered health professional shortage areas, meaning they have far too few primary care physicians. The University of Louisville focused on correcting this shortage by establishing the Trover Campus in Madisonville, Ky., a town of 20,000 that is 150 miles southwest of Louisville in the west Kentucky coal fields. It was believed that training students from small towns in a small town would more likely produce physicians for the small towns, and now this concept has been proven. Trover Campus was only the second in the United States to be placed in such a small town.
Sharing
Authors