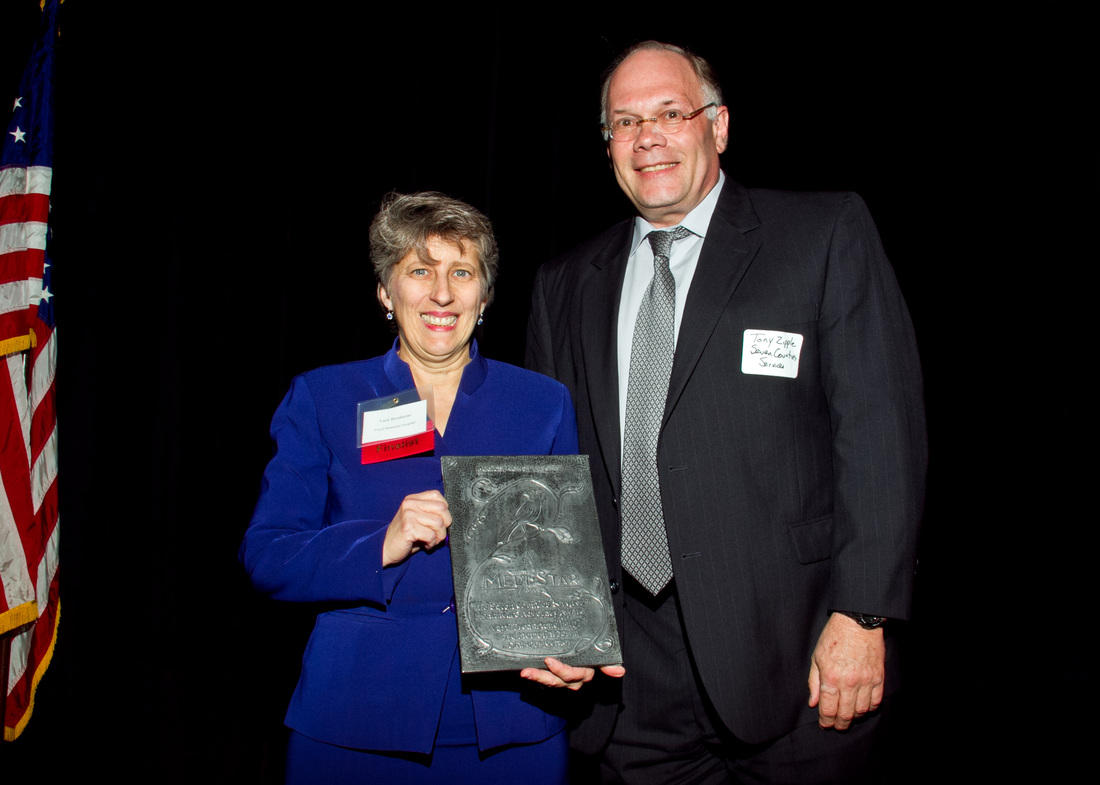 We talked with Vasti Broadstone, MD, the recipient of the Seven Counties Services Healthcare Advocacy Award in 2012.

Broadstone won favor from the judges for many reasons, but mostly it was her work at Camp Hendon that set her apart from the other finalists.

Camp Hendon is a one-week, medically supervised Kentucky Diabetes Camp for Children that gives children with diabetes a life changing experience that empowers them to take control of their journey with diabetes.

Broadstone has volunteered as the medical director for the American Diabetes Association (ADA)-sponsored Kentucky juvenile diabetes summer camp since 1985. In 2010, she and five others formed the Kentucky Diabetes Camp for Children after the ADA decided to merge Kentucky, Ohio and West Virginia into one camp. The 2011 first session had nearly 100 children participating.

When asked how winning a MediStar award affected her both professionally and personally, Broadstone replied, “Personally, winning the award gave me the drive to continue the work at Camp Hendon.  Professionally, it gave patients a small glimpse of what doctors may do outside the office.”

Broadstone has many interests outside of the office. This native of Rio de Janeiro, Brazil and Floyds Knob, Ind. resident also enjoys sailing and downhill skiing with her husband and three children.

She also is the principal investigator for several clinical studies. Her research interests are in diabetes complications and new treatments.

Broadstone graduated from Rio de Janeiro State University School of Medicine, completed her internal medicine residency at Wright State University in Dayton, Ohio and endocrinology fellowship at the University of Louisville. She held a full time faculty position at the University of Louisville from 1984 until 2001. She was associate professor of medicine and fellowship program director from 1992 to 2001. In July 2001 Broadstone and Sri Prakash Mokshagundam, MD, started a private practice, Southern Indiana Diabetes and Endocrinology Specialists.

We asked Broadstone what personal or professional developments have occurred since winning the award and she responded, “The award greatly helped increase awareness of diabetes camp and fund raising.”

Camp Hendon relies on volunteers for staff and donations from companies for medical and treatment supplies. They receive no funding from the ADA or JDRF.

According to the Camp Hendon web site, it is estimated that the true cost per camper with diabetes for a week of residential camp is $2,000, but through donations they are able to reduce that cost to $300-$400.

What sets this camp apart from others? Some of these children have never met another child with diabetes or may never have been able to attend a summer camp either due to cost restrictions or because of their disease, since most traditional camps are not equipped to handle the medical liability of juvenile diabetes.

Campers at Camp Hendon discover that for one week during the summer they aren’t the only ones in the world who have to prick their fingers, test their blood sugar and count their carbohydrates.

The number one benefit both children and their parents express is the ability to feel part of a group where everyone has diabetes and the feelings of isolation are eliminated and understanding and role-modeling abound.