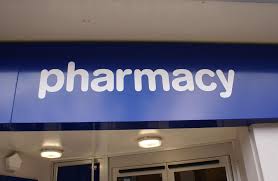 A new white paper released today by the Alliance for Integrity and Reform of 340B (AIR 340B) suggests that rapid contract pharmacy growth in the 340B program may not directly benefit the vulnerable patients for whom the program is intended. The paper, “The Impact of Growth in 340B Contract Pharmacy Arrangements,” highlights the growth of thousands of for-profit retail pharmacies – many of which are located in wealthier areas of the country.

“The 340B program was created to provide access to life-saving medicines for vulnerable patients, not to create new business opportunities for retail pharmacies,” said Stephanie Silverman, spokesperson for AIR 340B, a coalition of patient, clinical and manufacturing interests. “While some 340B facilities are providing needed care for the uninsured, this unchecked growth, lack of statutory authority, standards, accountability and transparency, make it clear that reform of the program is needed to ensure it can continue to benefit medically underserved patients.”

The original rationale for contract pharmacies, according to regulations that allowed these arrangements, was to benefit medically underserved patients by lowering barriers for obtaining medications from pharmacies located in neighborhoods that were easier for these patients to reach. However, the report shows that the majority of 340B contract pharmacies are actually located where households are more economically secure.  In an analysis of 1,050 pharmacies in the contract pharmacy networks of ten hospitals, researchers found only 16 percent of pharmacies were in low-income areas.

Further, many contract pharmacies are large retail chain stores, such as Walgreens – which accounts for 38 percent of all contract pharmacy locations – as well as Walmart, Rite Aid, CVS, Kroger and Safeway. With the explosive growth of these contracts and a shortage of regulatory oversight and accountability standards also comes an increased risk of diversion and duplicate drug discounts.

“Reform is vitally important to reduce vulnerabilities in the current contract pharmacy program, while helping to ensure 340B truly benefits the patients for whom it was intended,” said Silverman.