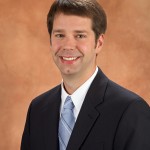 The effect that the Mayo decision will ultimately have on healthcare and the life  sciences is unclear.
by Terry L. Wright

The future of personalized medicine, or the tailoring of healthcare decisions and practices to individual patients, recently became a lot cloudier. On March 20, 2012, the U.S. Supreme Court issued its decision in Mayo Collaborative Services v. Prometheus Laboratories, Inc., U.S., No. 10-1150, 3/20/2012, and invalidated patent claims directed to methods of optimizing patient treatment in which drug metabolite levels were measured and then used to adjust dosage levels. The ruling in Mayo, however, extends beyond the simple measurement of drug metabolite levels, and has the potential to make a significant impact in healthcare and the life sciences.

Under the U.S. patent system, it has long been recognized that patents can not be obtained for fundamental laws of nature, such as Albert Einstein’s theory of relativity (E=mc2) or Sir Isaac Newton’s law of gravity. At the same time, the U.S. Supreme Court has repeatedly stated that applications of such laws of nature are eligible for patent protection. Indeed, practitioners and researchers in healthcare and the life sciences have often relied on the ability to patent applications of natural laws in order to protect innovations that have led to a number of medical cures and breakthroughs. The Supreme Court has now made it clear in Mayo that such applications of laws of nature are not always eligible for patent protection.

The Mayo Decision
In Mayo, a unanimous (9-0) Supreme Court held that the personalized medicine dosing process invented by Prometheus was not eligible for patent protection because the process was effectively an unpatentable law of nature. The Court reasoned that the relationship between the drug metabolites found in the patient and the dosage administered was a consequence of the way in which the drug was being metabolized in
the body or, in other words, was the consequence of an entirely natural process. Additionally, because methods for determining drug metabolite levels were well known, the Court stated that the claimed processes were simply telling others “to engage in well-understood, routine, conventional activity previously engaged in by researchers in the field.” Mayo, 566 U.S. ___ (2012), Slip Opinion at p. 4.

As a result of the Supreme Court’s decision in Mayo, the question inevitably becomes, what types of applications of natural laws are going to be eligible for patent protection in the future? The Court in Mayo made it clear that an application of a law of nature may continue to be deserving of patent protection. However, the Court also made it clear that “well understood, routine, conventional” applications are not going to be sufficient to confer patent protection, such that the decision in Mayo can potentially be extended to the patent eligibility of a variety of different discoveries in the field of personalized medicine.

For example, the discovery of the presence or absence of specific proteins in certain disease states are routinely the subject of diagnostic method patents whose claims include steps of determining levels of the proteins in the blood of a patient and correlating those levels to a particular disease state. Likewise, the discovery of specific gene mutations, such as those gene mutations found in breast cancer patients that are now the subject of
the well known Assn. For Molecular Pathology v. Myriad Genetics case (often referred to as “the gene patent case”), are frequently relied on to support patent claims directed to methods for assessing a risk of disease in a particular patient by determining the presence or absence of the gene mutation. Under Mayo, each of these personalized medicine approaches are almost certainly implicated and may ineligible for patent protection if
they are found to make use of “well understood, routine, conventional” ways to identify the particular protein marker or the gene mutation.

Moving forward, the extent to which a law of nature will need to be applied and, consequently, the extent of the effect that the Mayo decision will ultimately have on healthcare and the life sciences is unclear. Because of the potentially broad implications of the Mayo decision, however, the decision will certainly change how companies and research institutions invest in or pursue protection for new discoveries in the field of  personalized medicine. Indeed, on the day the Court issued the decision in the Mayo case, the stock for Myriad Genetics, the holder of the patent in the gene patent case, dropped by a full 5 percent.

Terry L. Wright is an associate at Stites & Harbison, PLLC, in Louisville, Ky.